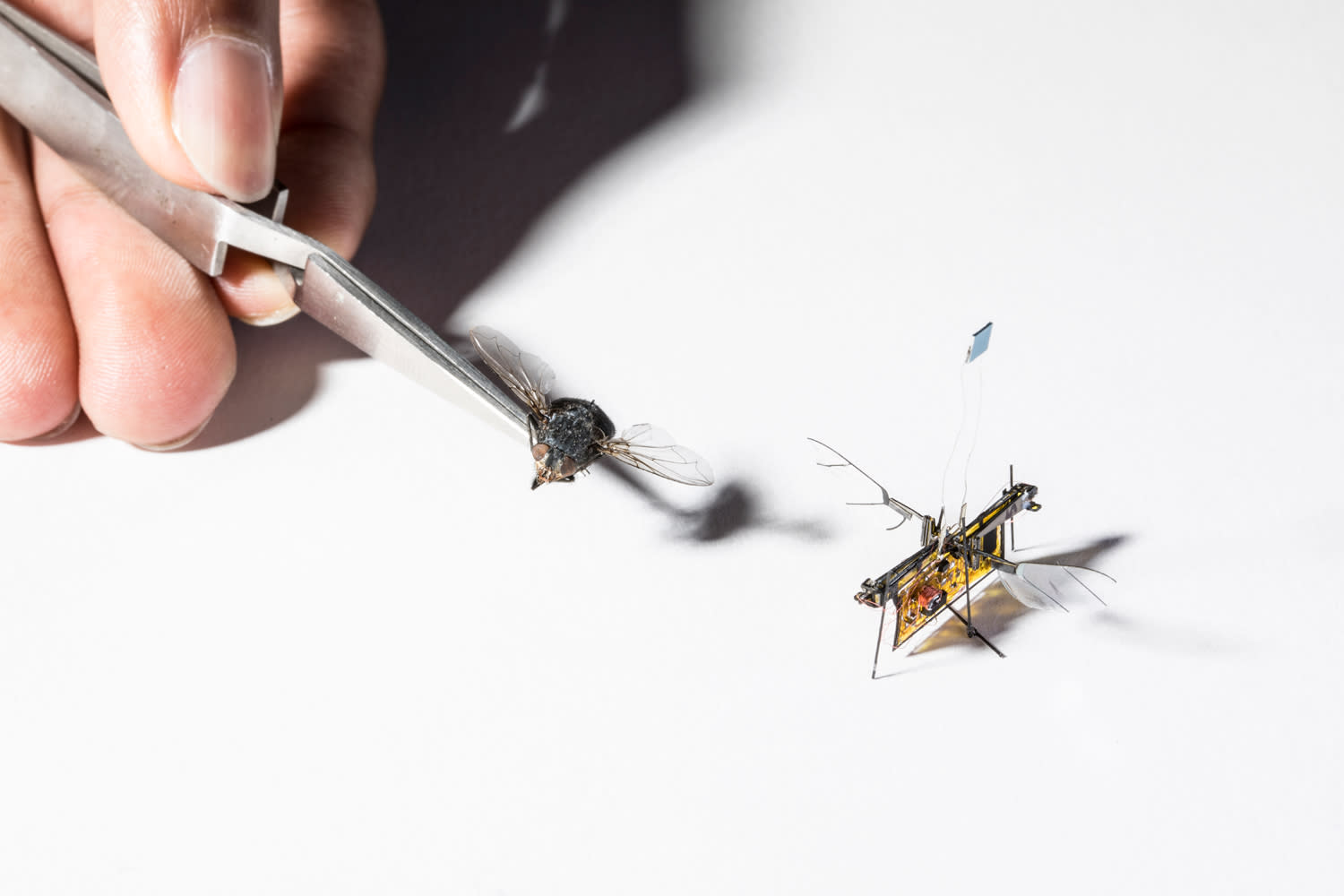 Miniscule robotic drones might be the future, but they've been tricky to get off the ground. Until now, any wing-flapping insect robot had to have a power source, making it too heavy to lift off with its tiny wings. Now, however, researchers at the University of Washington have found a way to transmit power to a flying robotic insect (lovingly dubbed RoboFly) via laser, obviating the need for a separate power supply.

The team is set to present its findings in a paper at the International Conference on Robotics and Automation in Brisbane, Australia on May 23rd. "Before now, the concept of wireless insect-sized flying robots was science fiction, said co-author and assistant professor Sawyer Fuller in a statement. "Would we ever be able to make them work without needing a wire? Our new wireless RoboFly shows they're much closer to real life."

The diminutive drones are powered by a narrow invisible laser beam aimed at an onboard photovoltaic cell, which turns light energy into electricity. It's not quite enough to power the wings on its own, however, so the team added a circuit that boosts the power from seven volts to 240 volts. Even better, the researchers were able to add a micro-controller "brain" on the same circuit. "The micro-controller acts like a real fly's brain telling wing muscles when to fire," said co-author Vikram Iyer. "On RoboFly, it tells the wings things like 'flap hard now' or 'don't flap.'" That way, the itty-bitty bug can flap its wings just like a real insect ones, via waves of fluttering. While the RoboFly has yet to actually, well, fly, these new results bode well for a future full of robotic flying insects, including Harvard's own RoboBee. Which is sort of terrifying, really.

In this article: drone, drones, fly, gear, insect, robots, video
All products recommended by Engadget are selected by our editorial team, independent of our parent company. Some of our stories include affiliate links. If you buy something through one of these links, we may earn an affiliate commission.