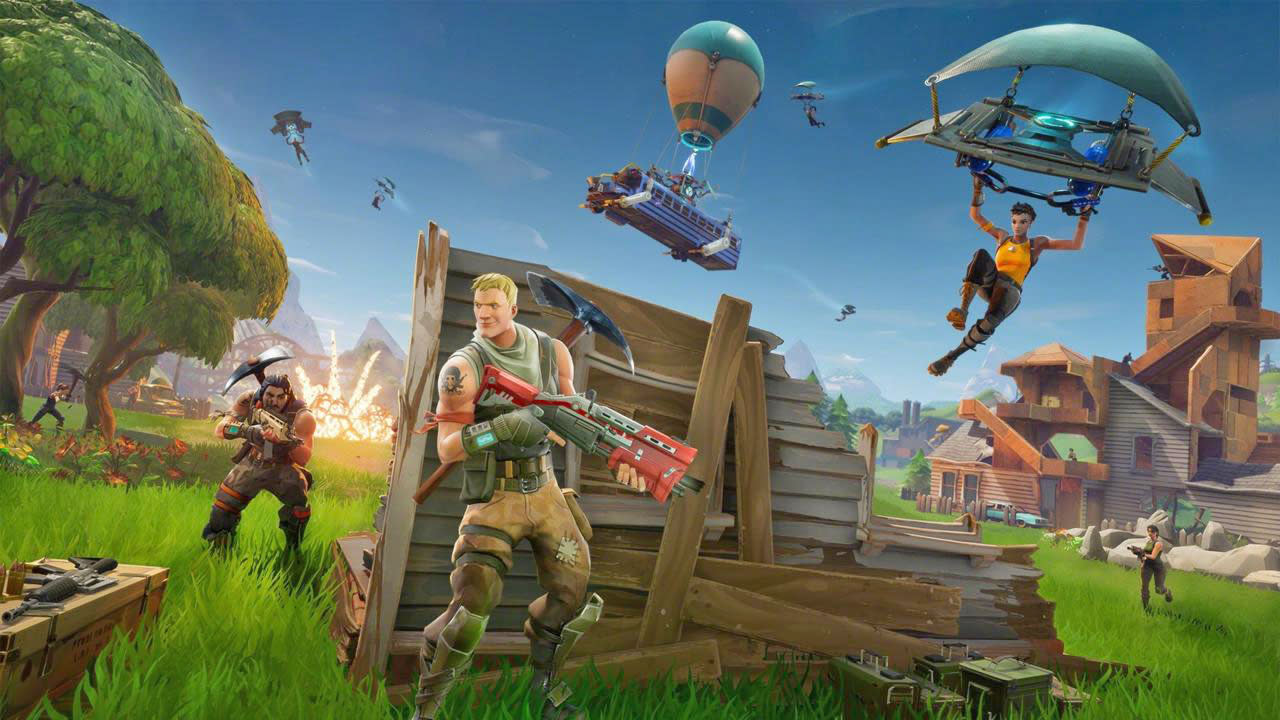 Fortnite fans who have been anxious to find out how they truly measure up against the competition can do so right now with the game's first attempt at ranked play in a limited-time event. Epic Games also teased an announcement on competitive play for next week, so this seems like a dry run for a more substantial ranked mode and, eventually, a formal professional scene.

The Solo Showdown mode started this morning and runs until 10 AM EST on Monday. The best player will take away 50,000 V-Bucks, the game's currency for cosmetic items, and other top-100 finishers will claim virtual prizes too. Buying 1,000 V-Bucks costs $10, so the prizes are nothing to sniff at.

You might need to cancel your weekend plans if you want to hit the top of the leaderboard: Epic says you'll need to play at least 50 Solo Showdown matches to get ranked, though only points from your first 50 will count towards your total score. You'll get 100 points for a win, down to 25 for finishing in the bottom quarter of players. Everyone who completes 50 matches will receive a one-off spray.

For once, there won't be any toxicity to worry about in a game's competitive mode: Fortnite players can't speak to each other while they're in a solo game, and there's no teammates to yell at you if you don't win as a duo or squad. It's not yet clear how the mode will work in terms of cross-platform play (whether iOS players are measured directly against console or PC players, or they get their own rankings). There doesn't seem to be an in-game Solo Showdown leaderboard, though Epic will update the standings on its blog post.

There's no skill-based matchmaking here, and you might find yourself battling with top Fortnite streamers like Ninja, Myth, and DrLupo, who'll surely seek bragging rights in the mode. Since Solo Showdown is all about finishing as high as possible, you might see people playing more conservatively, trying to last until the end of a match by hiding instead of rushing in to fights all guns blazing.

Ranked play and competitive modes are the bedrocks of eSports for other games and it seems Fortnite is taking baby steps towards establishing a professional circuit. The biggest Fortnite eSports event so far was a tournament Ninja ran in Las Vegas last month, offering thousands to players who could beat him. He broke his own Twitch viewer record in the process.

A 14-year-old was victorious in one of the tournament matches, winning $2,500, but he won't win one of the big V-Bucks prizes in Solo Showdown -- you have to be 16 to be eligible. That might cause some ruckus among Fortnite's large base of young players and its teenage pros.

In this article: av, competitivegaming, esports, fortnite, gaming, soloshowdown
All products recommended by Engadget are selected by our editorial team, independent of our parent company. Some of our stories include affiliate links. If you buy something through one of these links, we may earn an affiliate commission.