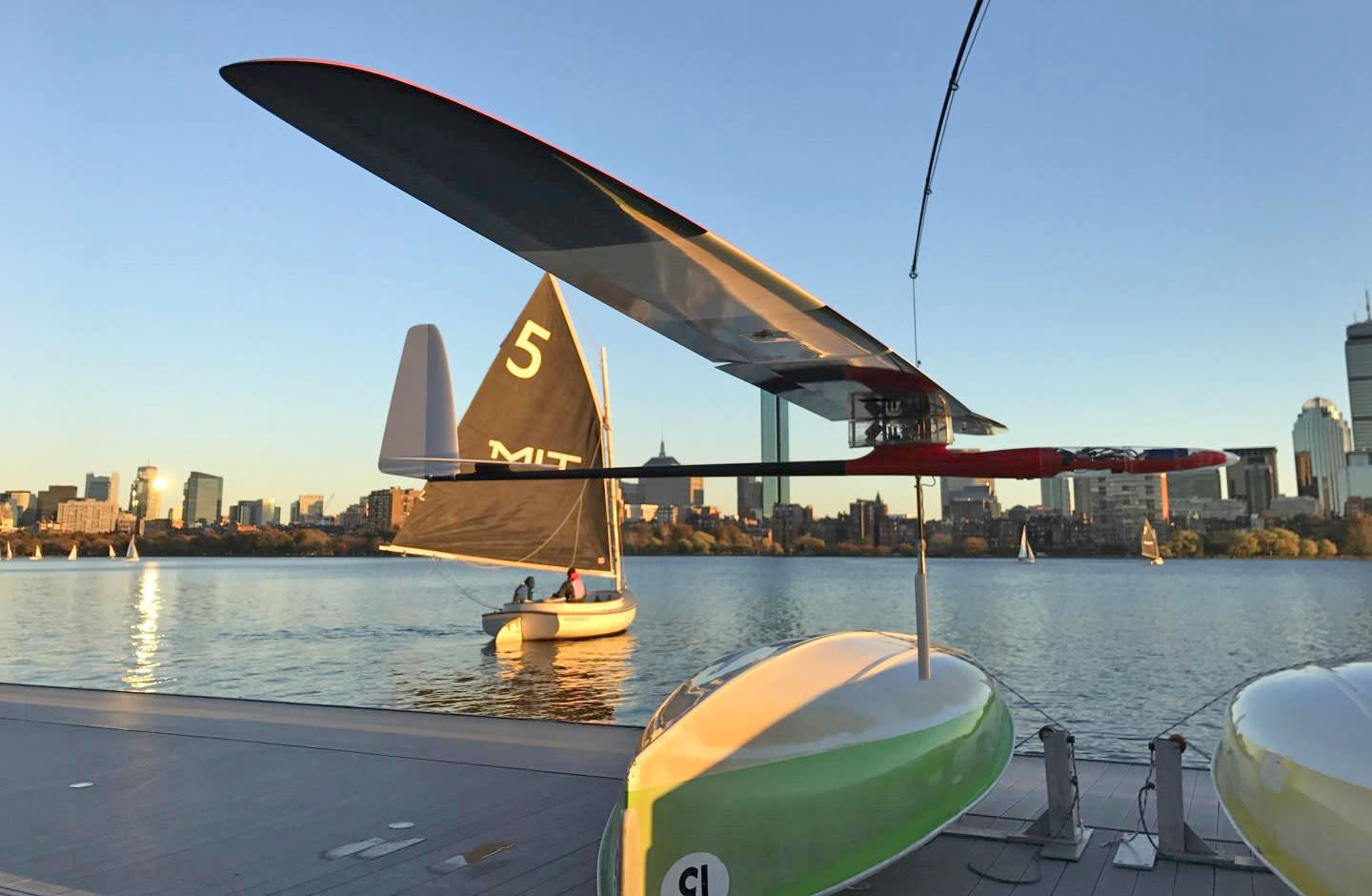 "The oceans remain vastly under-monitored," said Gabriel Bousquet, an MIT postdoc who led the design of a unique robot as part of his graduate thesis. "In particular, it's very important to understand the Southern Ocean and how it is interacting with climate change. But it's very hard to get there." Bousquet and his team designed a hybrid vehicle that can both fly above tumultuous seas and sail on them when things are calmer. The vehicle uses one-third as much wind as an albatross would and travels ten times faster than a typical sailboat, making for a very efficient way to survey the vast areas of the planet's seas.

The researchers built a prototype and did some testing back in 2016. The drone is an autonomous glider with a 3-meter wingspan, just like the famous bird it emulates, along with a tall triangular sail and slender keel. The team added various instruments like a GPS, inertial sensors, an auto-pilot system and ultrasound to track the glider's height when flying.

The hybrid vehicle is still in the conceptual phase, but Bousquet imagines fleets of these things operating autonomously and monitoring large swaths of ocean in the future. "Imagine you could fly like an albatross when it's really windy, and then when there's not enough wind, the keel allows you to sail like a sailboat," Bousquet said in a statement. "This dramatically expands the kinds of regions where you can go."

In this article: airplane, albatross, autonomous, boat, drone, float, gabrielbousquet, gear, glider, mit, robot, robots, sailboat, soar
All products recommended by Engadget are selected by our editorial team, independent of our parent company. Some of our stories include affiliate links. If you buy something through one of these links, we may earn an affiliate commission.