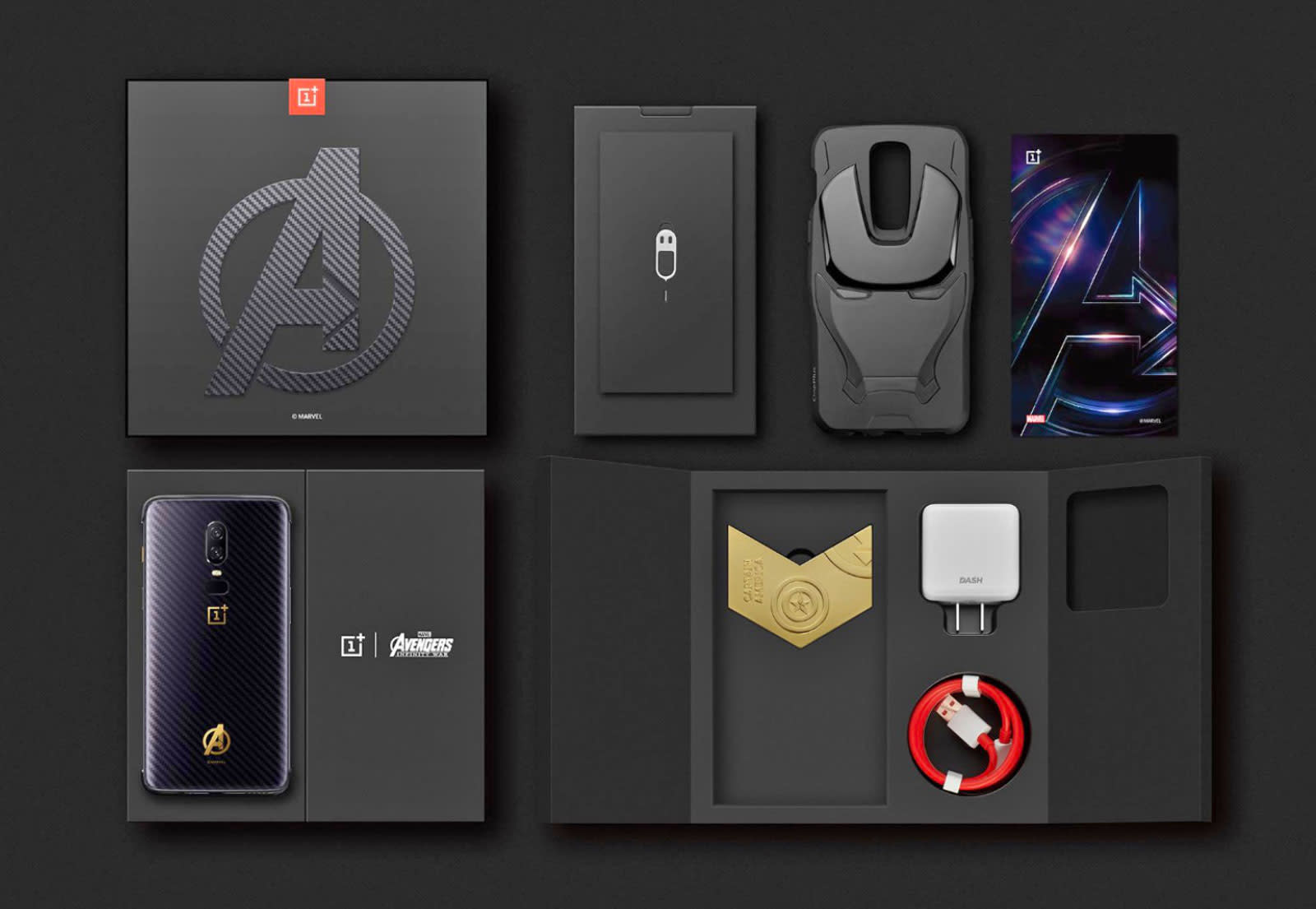 It looks like OnePlus went all out designing the Avengers-themed OnePlus 6. Unlike its Star Wars-branded older sibling, it got a lot more than a wallpaper and a barely visible logo on the back -- it features a Kevlar pattern under its back cover and a color scheme that works well with the golden Avengers emblem, OnePlus logo and mute button. The "Avengers Alliance" package also comes with a phone case in the shape of Iron Man's helmet, and a gold Avengers medallion in a box embossed with the team's recognizable "A" insignia.

The $660 limited edition package will set you back around $30 more than the basic OnePlus 6, according to the phonemaker's announcement at an event in Beijing. Take note that the phone itself doesn't have any extra features, so you might be better off with an ordinary OnePlus if you're not a Marvel fan. Besides, it might be tough to get your hands on one anyway: the limited edition Star Wars OnePlus 5T was only released in India. Since the company's Indian division was responsible for leaking a poster of the Marvel collab, the package will most likely be released in the region, as well. However, the company has yet to reveal where and when the phone will be available. 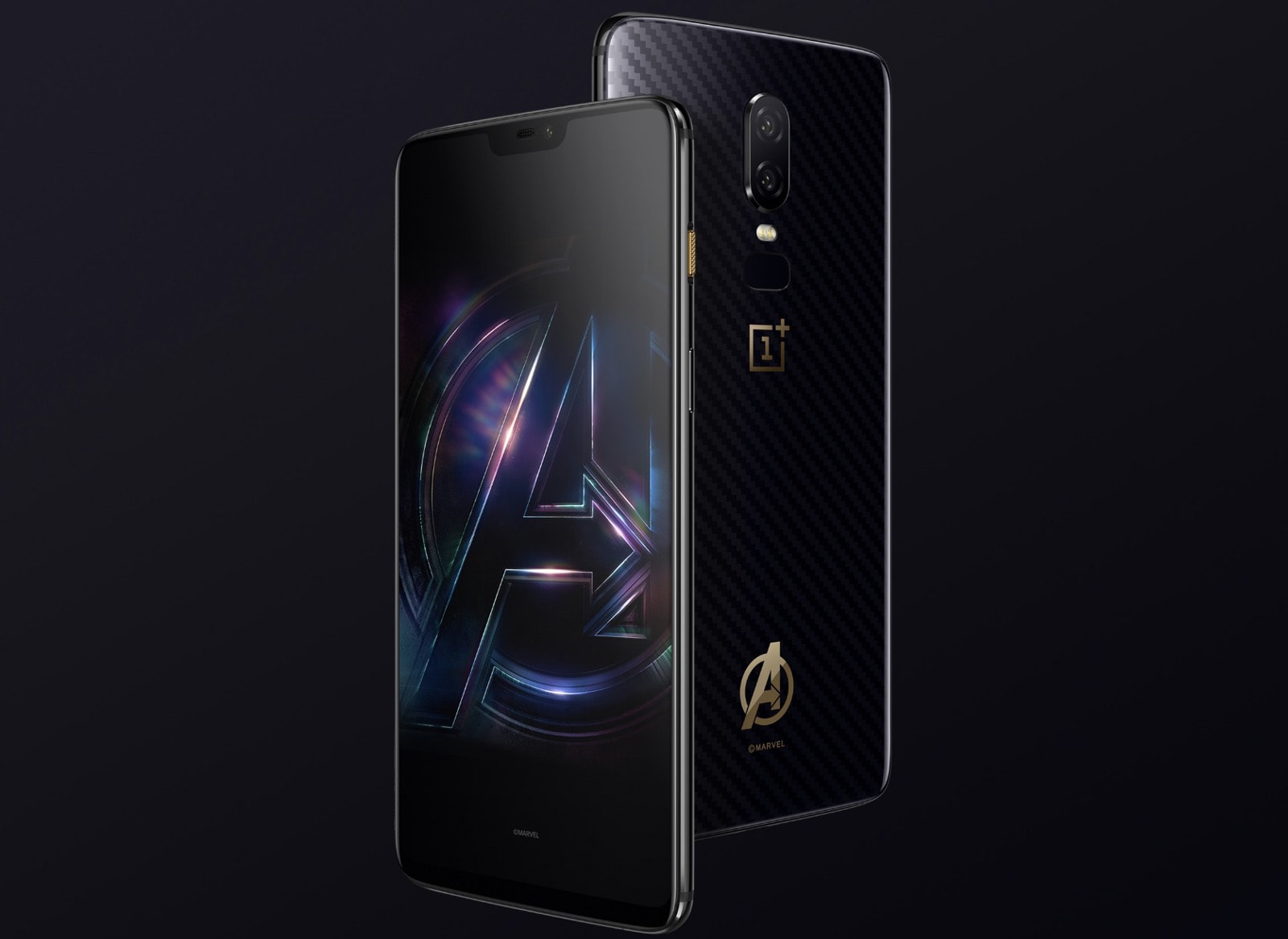 In this article: avengers, china, gear, india, mobile, oneplus, oneplus6, phone
All products recommended by Engadget are selected by our editorial team, independent of our parent company. Some of our stories include affiliate links. If you buy something through one of these links, we may earn an affiliate commission.