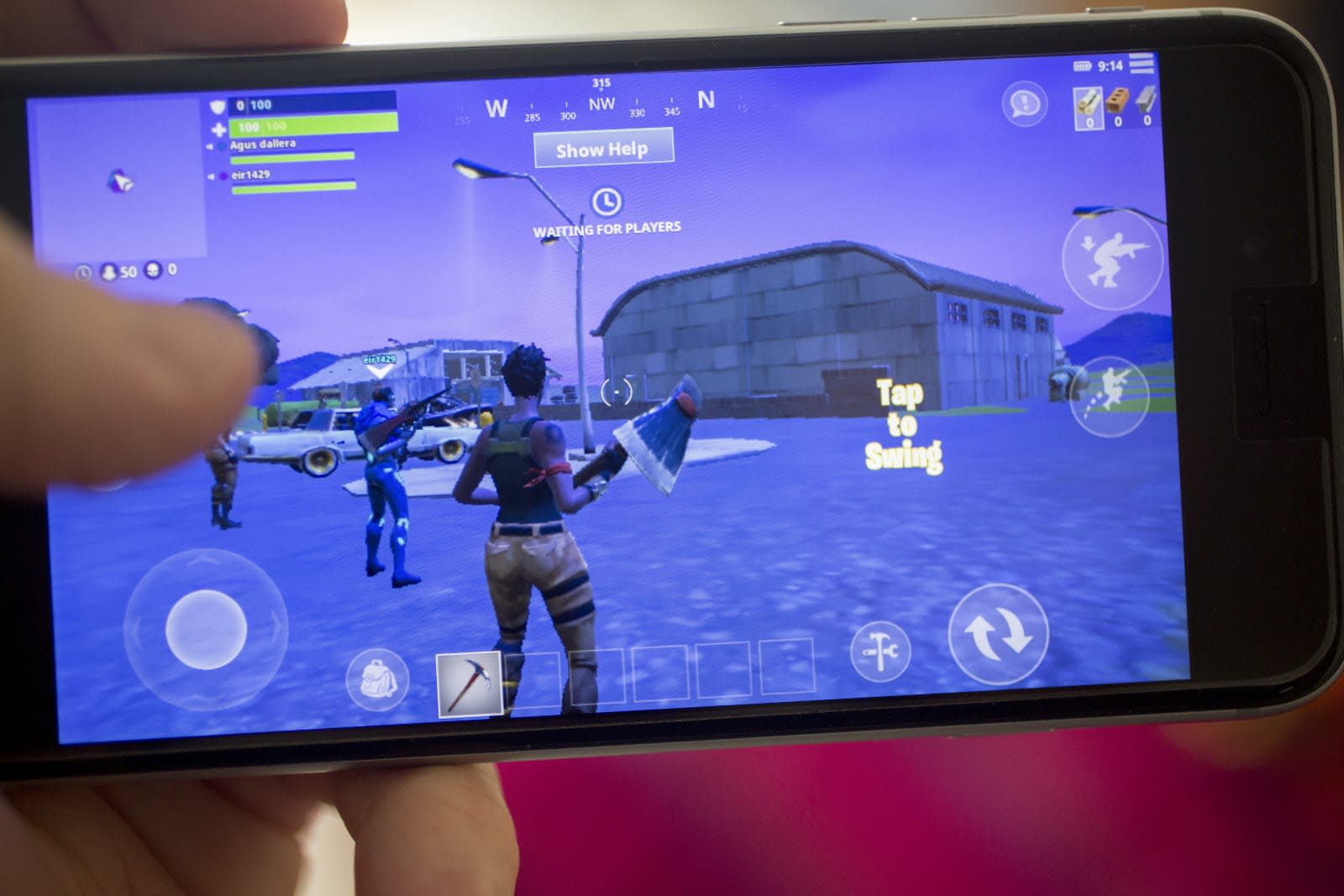 You knew it was just a matter of time. Just weeks after Fortnite launched on iOS, Epic has confirmed that its battle royale title (and really, cultural phenomenon) is coming to Android sometime in the summer. There's not much more to say at this stage, but it's safe to presume iOS' touch-native interface will carry over. And crucially, it should reflect some lessons learned since the mobile game arrived to ruin people's productivity.

Epic is currently bringing voice chat to mobile, for one thing -- and that includes talking to friends on other platforms. It's also hoping to improve the visual quality and introduce a battery-saving mode that reduces the strain on your device (this could be helpful for older phones, we'd add). The developer also intends to bring stat tracking to mobile players, and is aiming to trim the size of both the game itself and its updates. A recent update introduced a customizable HUD, so there's little doubt that the company is at least somewhat responsive to the mobile crowd.

There's certainly good reason for it. Estimates from Sensor Tower suggest that Fortnite is already raking in millions of dollars per day on iOS alone. A release on Android is bound to send those figures surging, even if it's just because of Android's larger overall user base. That and it's one of the few platforms Fortnite doesn't support. At this rate, the only remaining platform is the Nintendo Switch... and even that omission might not last for much longer.

In this article: android, battleroyale, epicgames, fortnite, gaming, mobile, smartphone
All products recommended by Engadget are selected by our editorial team, independent of our parent company. Some of our stories include affiliate links. If you buy something through one of these links, we may earn an affiliate commission.