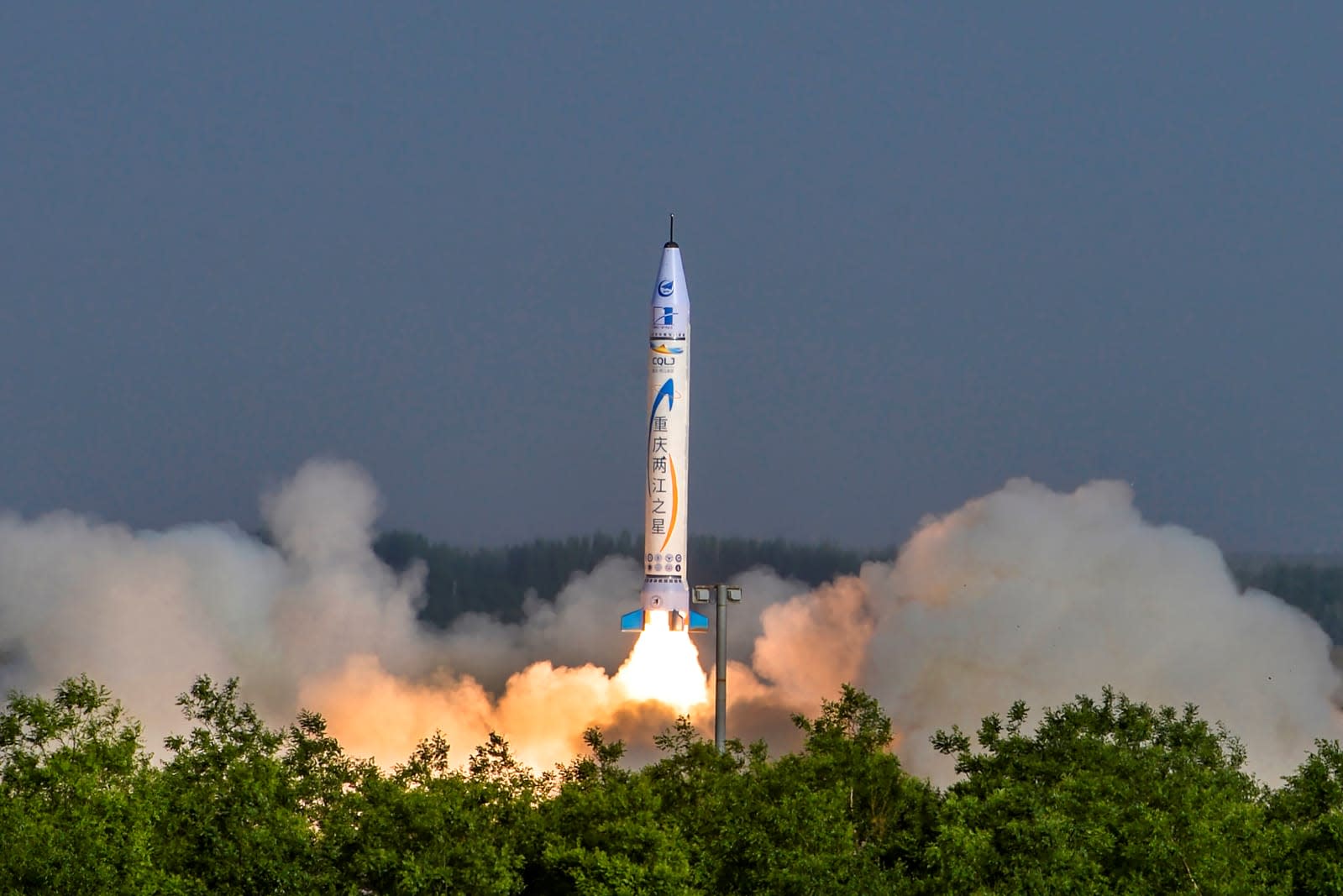 American companies currently dominate the private spaceflight industry, but that might not be true for much longer. China's OneSpace Technologies launched its first rocket on May 16th, effectively kicking off the era of private space transportation in the country. The single-stage OS-X vehicle didn't technically enter space during its test flight (it reached an altitude of 'just' 25 miles) and was funded by the state-backed Aviation Industry Corporation, but it's still early days for what promises to be an ambitious program.

Ultimately, OneSpace hopes to become a go-to option for launching small satellites into orbit, with 10 launches due in 2019. A rival, i-Space, doesn't expect to start orbital delivery missions until 2021. While it won't carry nearly as much cargo as companies like SpaceX or Orbital ATK and is relying on non-reusable rockets, the simpler construction could lower costs for companies and government agencies that have modest needs.

The launch also signals a rapid start for commercial spaceflight in China. The nation only cleared private spaceflight in 2015, so companies haven't had much time to develop their own rockets. Even with government help, OneSpace is moving relatively quickly. It's mainly a question of whether or not these companies become truly independent of the Chinese government and launch missions that are solely intended for other businesses.

In this article: china, gear, onespace, onespacetechnologies, os-x, rocket, space, video, hidden:vv_3x4:4a77b224-0f62-3271-afd2-49cf493aac46, hidden:vv_16x09:791a155a-76e3-3c33-b62a-4e69c7fb2b39
All products recommended by Engadget are selected by our editorial team, independent of our parent company. Some of our stories include affiliate links. If you buy something through one of these links, we may earn an affiliate commission.