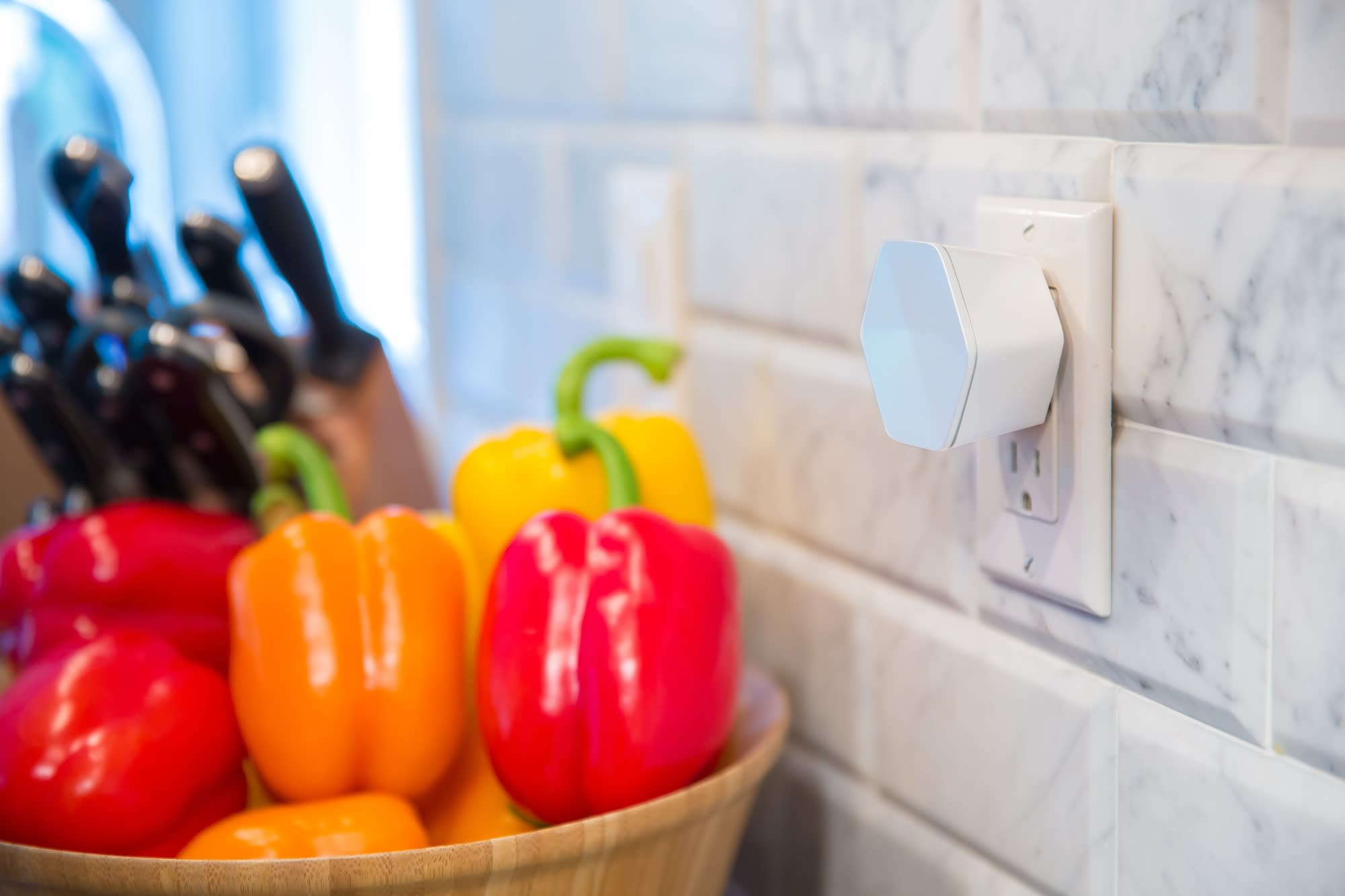 It's been about a year since Comcast started revamping its Xfinity home internet services under the xFi brand. As part of the changes the company has been making, it started testing a simple way to build an in-home mesh network. After partnering with Plume, Xfinity started offering "xFi Pods" -- little nodes that plug into a power outlet that extend your WiFi network -- in three test markets. As of today, though, they're available nationwide to all Xfinity customers at the price of $120 for three pods or $200 for six.

To use the new Pods, you'll need to be running one of the newer Xfinity home "Gateway" routers, something that Comcast says the majority of its customers (15 million of the total 26 million internet subscribers) have in their homes. Assuming that's the case, setup should be a breeze: Plug the pods in where you need better coverage, open the xFi WiFi app on your iPhone or Android device and then follow the on-screen directions. Comcast's Eric Schaefer (Senior VP of Broadband, Automation and Communications) said that his company bought the rights to Plume's WiFi management systems to integrate into Xfinity's WiFi products, but the Pods themselves look essentially identical to what Plume sells. They're small hexagons that plug into an outlet and include an ethernet port if you want to run a wired setup. Overall, the whole setup sounds near-identical to what Plume has sold for a few years (not that that's a bad thing).

Schaefer also admits that mesh WiFi networks is a bit of a niche product for its customer base. "Blending the average across the country, about 70 percent of our homes had great coverage, and about 80 percent had acceptable coverage," he said, referencing surveyed homes that had been optimized for WiFi. That means the potential number of customers who'd benefit from isn't exactly massive, but it does help Comcast position Xfinity as a one-stop solution for all WiFi customers, regardless of how big their house might be.

Of course, a lot of people who know enough to know they need a mesh network might also already be looking at third-party products like the aforementioned Plume, Eero or Google WiFi. But Comcast will also make it easy for new customers to determine if they'd benefit from Pods during the setup process; the xFi app can also help users figure out extending their network would be useful. Given Comcast's overall strategy of hooking customers up to additional services like home security and home automation, being able to make sure home WiFI stands up to the ever-growing number of devices on our networks is a smart priority.

In this article: comcast, gear, internet, plume, pods, xfi, xfinity, xfipods
All products recommended by Engadget are selected by our editorial team, independent of our parent company. Some of our stories include affiliate links. If you buy something through one of these links, we may earn an affiliate commission.