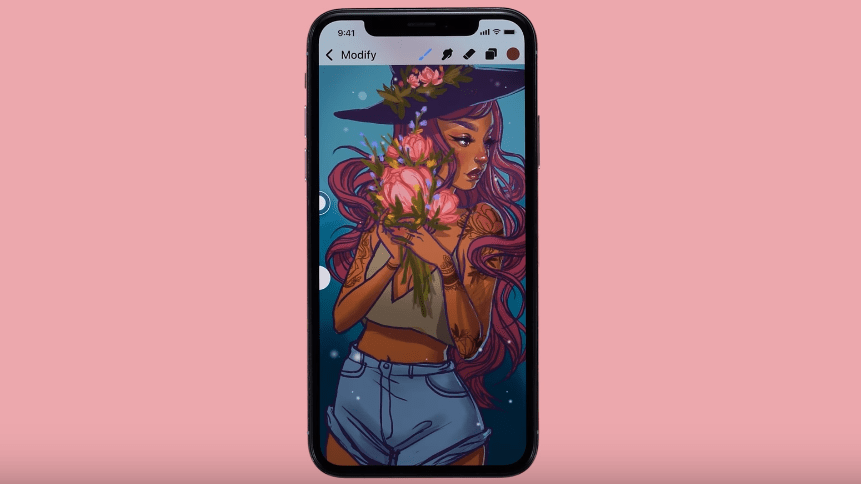 Developer Savage Interactive is making it it easier to create art and craft detailed sketches on the iPhone with a major update to Procreate Pocket. The developer completely overhauled the app, rewriting all of the code and rolling in Silica M, the same graphics engine that powers Procreate 4 for iPad.

You won't be able to use the Apple Pencil here, as you can with Procreate's iPad app, but the update takes advantage of features like 3D Touch to offer finer control via pressure sensitivity. Procreate Pocket 2.0 has more timelapse features (it records the creation process for you to review or share later), 136 brushes, a revamped interface and effects to mimic wet painting, among many other new options.

The update brings Procreate Pocket more into line with the iPad app, adding almost every feature from its big-screen sibling. As 9To5Mac notes, though, there are some features exclusive to this version, like a 30-second timelapse export and custom brush set sharing.

Those who already have Procreate Pocket, which costs $4.99, will get the update for free. Maybe you'll find it easier to craft hyper-realistic digital paintings on the subway.

In this article: art, gadgetry, gadgets, gear, iphone, iphoneapps, mobile, procreate, procreatepocket, savageinteractive
All products recommended by Engadget are selected by our editorial team, independent of our parent company. Some of our stories include affiliate links. If you buy something through one of these links, we may earn an affiliate commission.