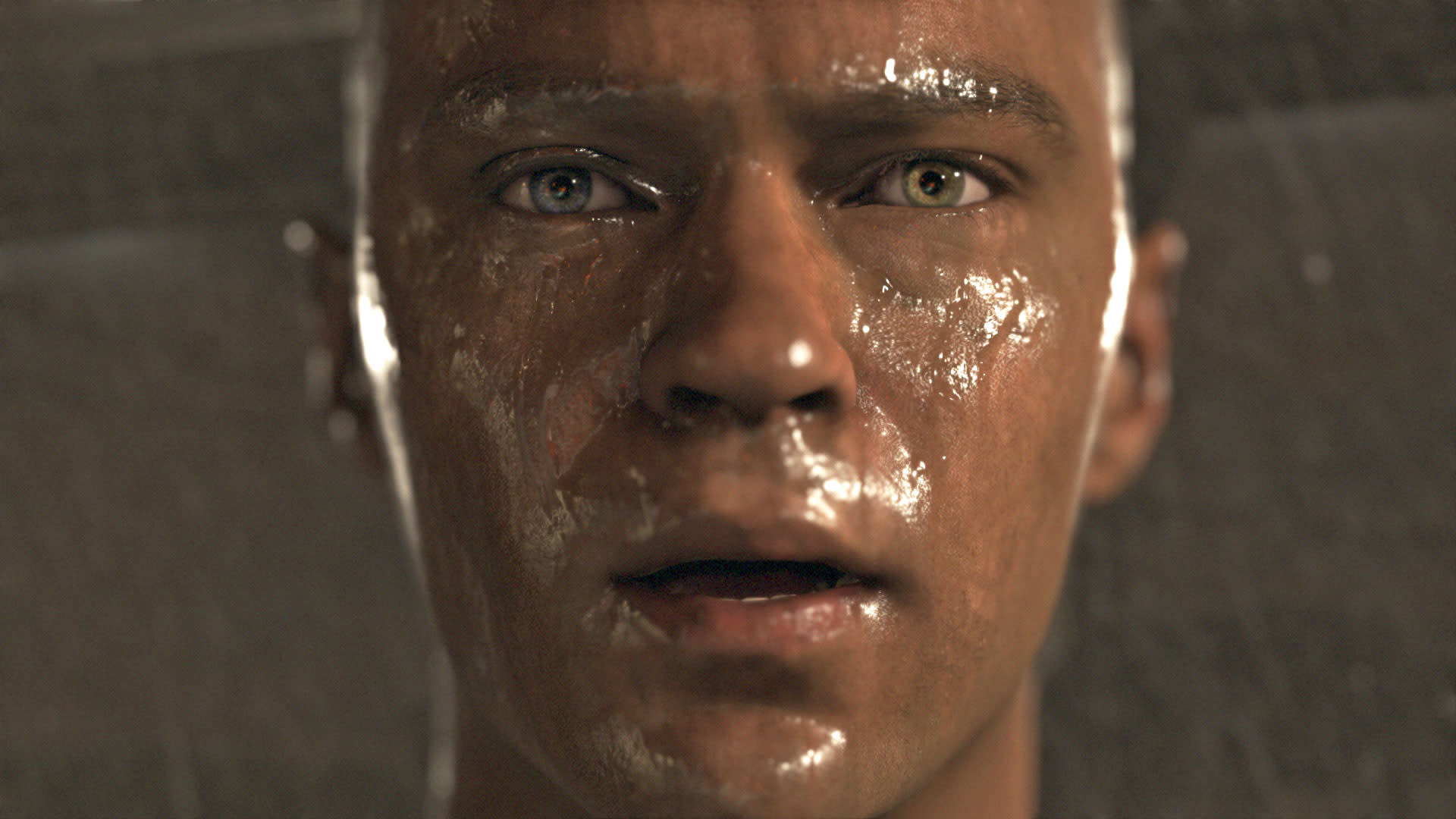 PS4 exclusive 'Detroit' is a flawed depiction of race in America

Writer-director David Cage evokes historical imagery, but does little with it.

Detroit: Become Human begins with a warning: "This is not a story, this is our future." Writer-director David Cage's follow-up to Heavy Rain and Beyond: Two Souls weaves a tale about robots attempting to transcend their programming. But rather being a thoughtful, philosophical examination of consciousness, Detroit, instead, is a tone-deaf look at race.

In Cage's fictional future, the golden age of leisure that androids were supposed to unlock for humanity didn't happen. Instead, it's 2038, and a third of the US is out of work because robots took over the jobs typically done by blue-collar humans. As a result, pro-human protesters demonstrate in the street and rough up androids as they pass by. Androids have to ride in the back of autonomous buses in cordoned-off sections. No matter the problem, if an android is nearby, it becomes the whipping boy.

Detroit is the story of three androids questioning their roles in society: Kara, a nanny of a child with an abusive father; Connor, a detective investigating why robots are becoming "deviant" (expressing human emotions) and Markus, a caregiver who might be the android messiah.

If you've played a game from Cage before, you'll know what you're getting into: Each protagonist is playable, and the choices you make while embodying them will influence how their stories overlap. The game uses a context-sensitive control scheme for pantomiming the actions on screen. Tilt the PS4's controller to the left to pour water for one guest at the dinner table, right for the other, do a quarter circle with the right analog stick to sit down. Cinematography and story take precedence to typical gameplay; heavy action is the exception rather than the rule, with conversation and exploration making up a bulk of what you do in the game.

Make the wrong choice, or take too long to make one, and 'Detroit' punishes you swiftly.

Each character paints a different glimpse of our future, but too often Cage relies on lazy tropes to get his point across. Kara's story begins with her playing witness to a drug-addicted father taking out his impotent rage on his young daughter; a disgruntled (human) detective with the Detroit police department stops at nothing to degrade Connor, calling him a "plastic detective" and ordering him to go fetch coffee rather than do police work; Markus has to grapple with one compatriot in the android uprising urging violence against humans while another begs to take a peaceful approach.

Depending on how you handle situations, your choices will not only affect events but also personal relationships and the public perception of androids as a whole. The latter impacts the tone of cutscenes, and newscasts playing on TVs throughout the game, but seemingly little else. While you might be able to choose different approaches to a conversation (aggressive, understanding or sympathetic, for example) the end result is binary: Someone will either like you more or less, or one person's opinion of you will go up while another drops. There's little room for nuance. 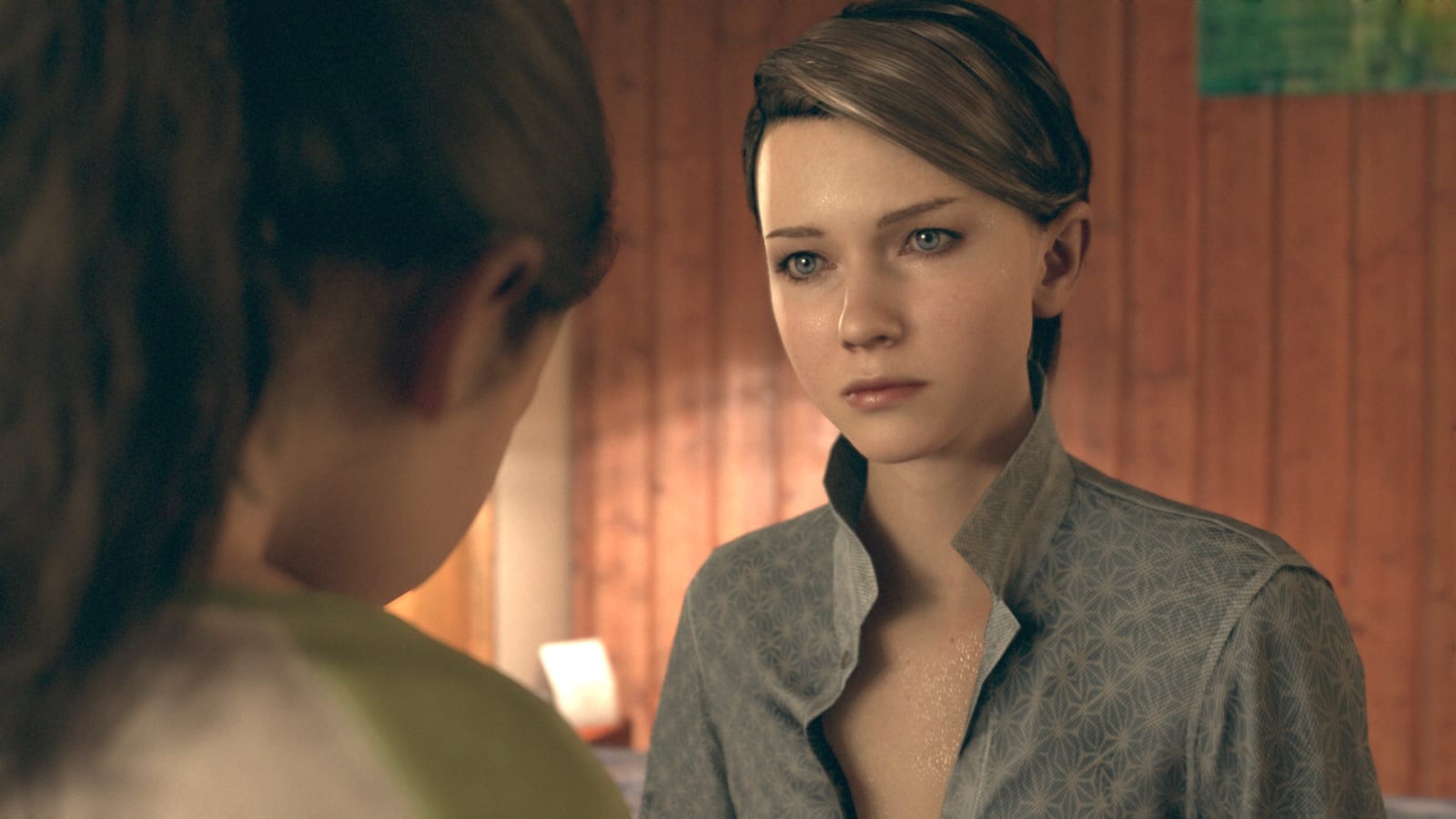 Kara, one of three playable protagonists in the game.

Make the wrong choice, or take too long to make one, and Detroit punishes you swiftly. For example, in my first playthrough, I hesitated at a key moment, and Kara's abusive owner ended up killing his daughter, ending that storyline immediately and changing the narrative in major ways. In Detroit, Cage chooses cheap shock value over making an actual meaningful statement. Should Kara and her charge make it out alive, you have to choose between spending a night in an abandoned car or stealing money to stay in a motel. Pick the latter and, depending on how you made your escape, another protagonist may show up on the scene.

The interplay between the storylines at a micro level is impressively deep. The chances of you and a friend taking the same route toward the game's pre-determined endings are extremely slim given the sheer number of branching paths each scene can take.

If Cage devoted that level of care and detail to the narrative itself, Detroit could be something special. It's set in and named after a city that's no stranger to the types of racial tensions it depicts. Detroit is where Dr. Martin Luther King, Jr. gave an early version of his "I Have a Dream" speech after leading over 125,000 marchers down Woodward Avenue in 1963. It's where, in 1967, rioters burned the city following a police raid on a black speakeasy. Today, Detroiters face abysmal public schools, sweeping gentrification and aggressive, privatized police forces. Connor, the android detective investigating why his kind are becoming "deviant."

There are allusions to King's march and other civil-rights events in Detroit, but like so much else in the game, they're little more than puddle-deep reproductions. If your playthrough is similar to mine, you may find yourself looking over an android internment camp set up at Hart Plaza. It's supposed to evoke the way Asian Americans were collected and isolated during World War II because Americans were afraid that Japan was going to stage an attack from within.

It's one of many race-fueled blemishes on American history that Cage is content to portray. However, he fails at offering any sort of meaningful commentary on it and other events because pushing the envelope too far and having an opinion might offend someone. The result is a game that leans on historical imagery instead of fresh ideas and nuance.

It's unfortunate because the best sci-fi uses fantastical settings as a means of exploring and criticizing issues that are relevant in the real world. Think Westworld and Fahrenheit 451, to name a few. Rather than the former's portrayal of robots tired of being subjected to the worst aspects of humanity, and its exploration of what makes the park's hosts different from humans that abuse them, Cage decided to use robots as an allegory for minorities.

That's not a problem if it's handled well, but in the wake of Wolfenstein: 2: The New Colossus' depiction of an America complicit with Nazi occupation, Detroit had the potential to be a biting piece of criticism of how we've treated those who look different than us. Instead, it's abundantly clear that Cage is happy to throw out big ideas, but lacks the conviction to do anything with them after that.