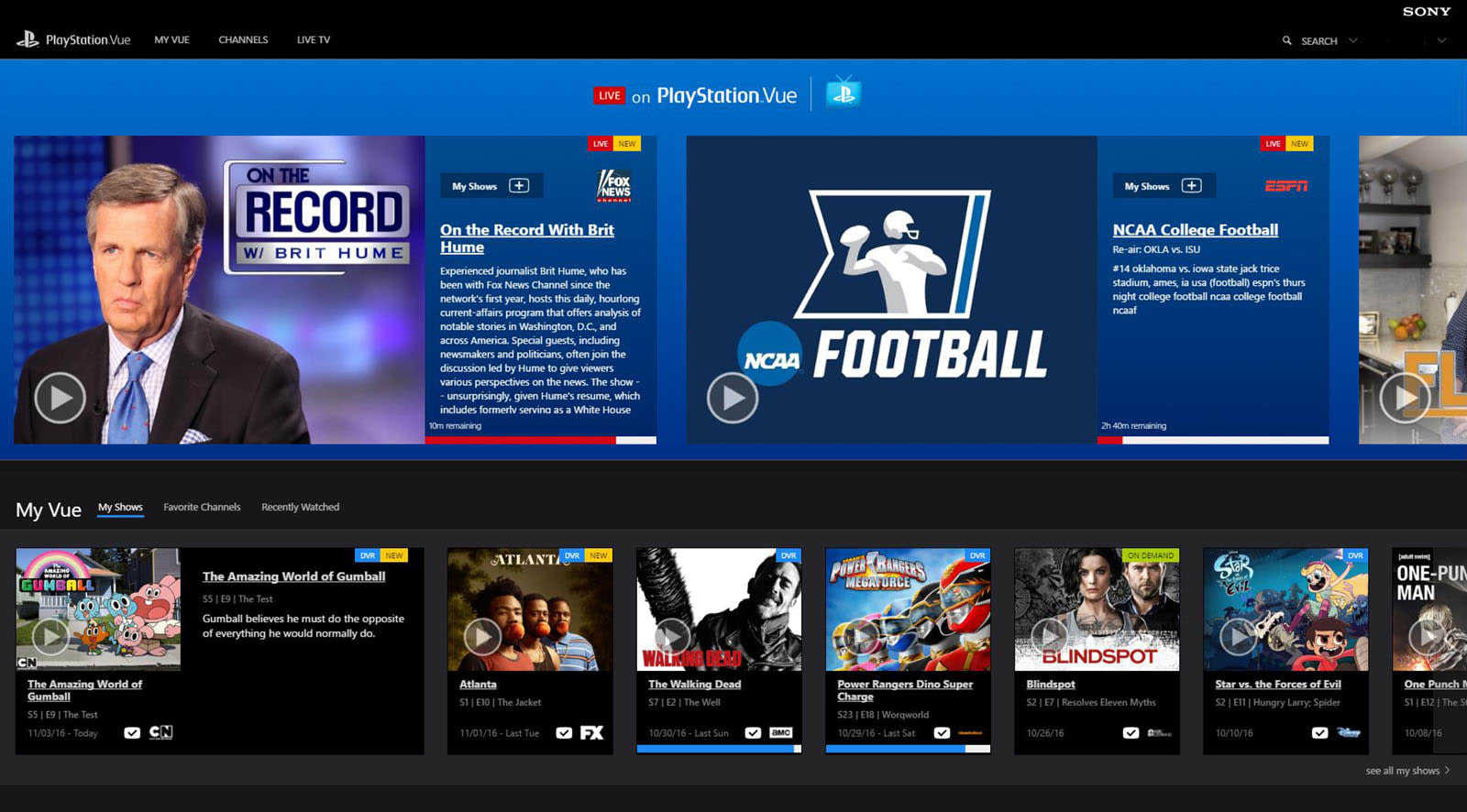 PlayStation Vue announced a new live Fox channel in 34 different local areas. Previously, Fox was only available on demand and not as a live feed. While this will replace the current on-demand channel, Vue users will still have access to VOD content from Fox. The service recently lost all Sinclair-owned local networks, many of which were Fox affiliates, in addition to ABC, CBS and NBC

The channel will feature primetime broadcast shows, as well as popular shows from a variety of Fox's channels, including Fox News, Fox Business and Fox Soccer Plus. The service plans to roll out more local channels in the future.

This update comes at a time when it's not actually clear what's going to happen with the Vue service. On an investor call this week, John Kodera outlined a three-year roadmap for PlayStation that didn't include the PS4. The service is here to stay for now, but on that same call, Kodera made it clear that Vue's place within that roadmap is currently uncertain. According to DSL Reports, consumer satisfaction with the service is very high, but the market saturation is likely lower than Sony would like -- the service has less than a million subscribers.

In this article: av, entertainment, fox, playstation, playstationvue, sony
All products recommended by Engadget are selected by our editorial team, independent of our parent company. Some of our stories include affiliate links. If you buy something through one of these links, we may earn an affiliate commission.