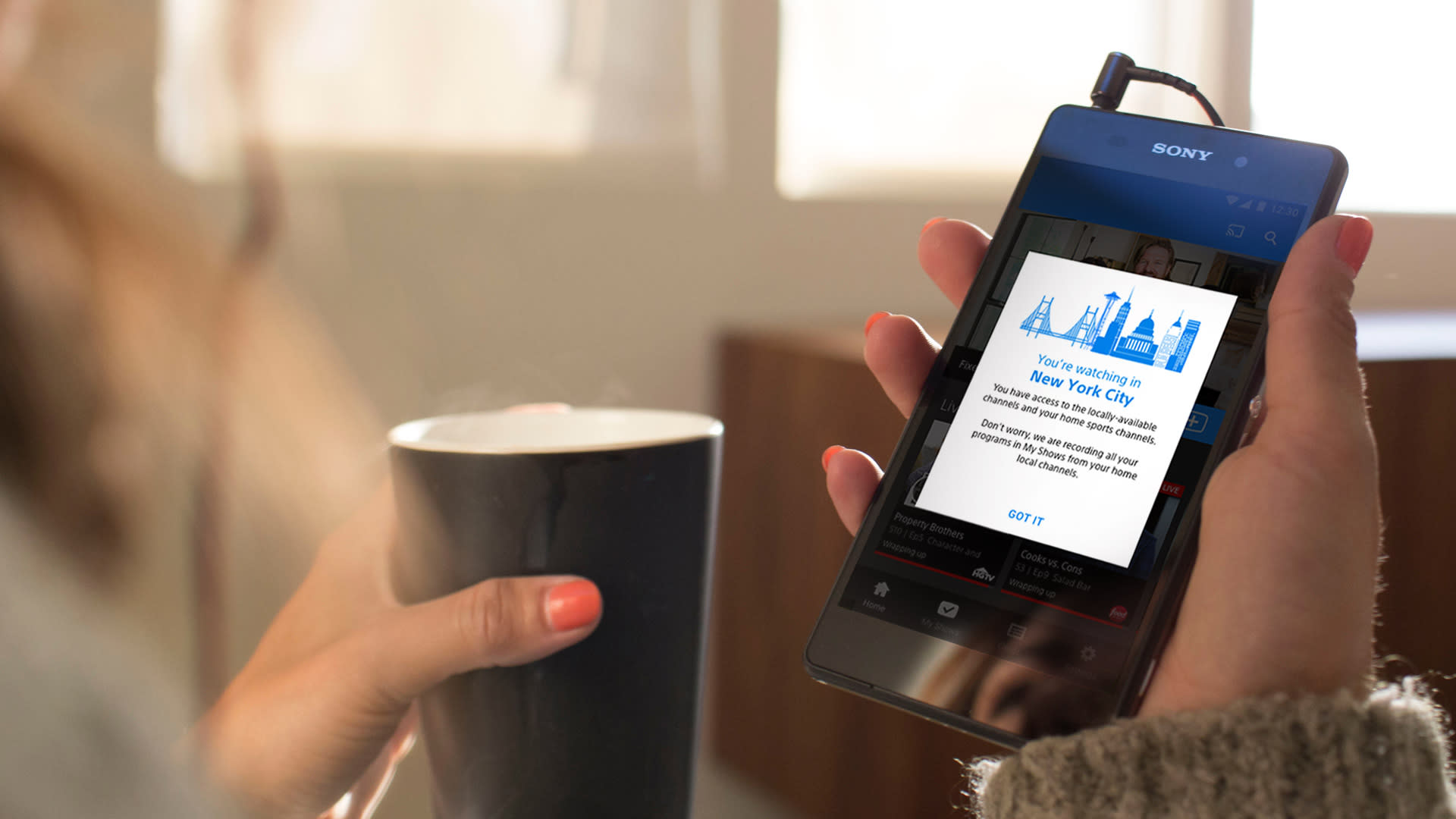 While Sony's TV-streaming service PlayStation Vue has been around for almost three years, it's currently facing stiff competition from the likes of Sling TV, DirecTV Now, YouTube TV and Hulu TV. To stave off its rivals, it's been adding features like multi-picture viewing as well as beefing up its sports offerings. Today, Sony announced three more updates, all of which are designed to make the service more mobile-friendly. Of note, you now no longer need a television to sign up for PS Vue.

That's right, you can now register for PS Vue completely online. Before, you needed to have a connected TV or streaming device in order to sign up for the service (this was mostly to confirm your location and get local services). But now all you need is a laptop or mobile device. Dwayne Benefield, the head of PS Vue at Sony, suggests this was a necessary move to keep up with current trends. "More and more people start these cord cutting services on mobile," he said. "It also gives us opportunities with segments like college students, who might not have a TV in the first place."

Whether or not you sign up for PS Vue on mobile or on your TV, the cost of the service remains the same ($40 and up a month). Most of the features are similar across both platforms, too. The only difference is that if you're a mobile-only customer, you only get a maximum of three simultaneous streams, which is still more than most other cord-cutting services. But if you add your TV to your list of devices, that limit increases to five streams.

Along with mobile sign-ups, Sony also announced two other features. One is that you'll be able to access your regional sports network even when you're in another city, which is pretty cool if you want to catch up on your team's games while you're traveling. At the same time, you'll be able to watch the local broadcast affiliate of whatever city you're in, so you can amuse yourself with local news or just watch the weather forecast.

Obviously, if you asked Sony, it would claim Vue offers a better package than its rivals, especially in terms of the number of simultaneous streams, the number of channels and how its DVR is "unlimited" (though content gets automatically deleted after 28 days). That said, some of its rivals do in fact offer other perks. For example, YouTube TV's DVR recordings lasts up to nine months, and Sling TV's basic package runs a little cheaper if you don't watch as many channels. Plus, Sling has Viacom offerings like Comedy Central and MTV, which PS Vue does not (mostly to keep costs down).

Benefeld remains optimistic. He claims that the cord-cutting movement is gathering steam, citing analysts that expect 15 million over-the-top (OTT) pay TV subscribers by 2020. "We see tremendous growth in the space, and we want a big share of that pie."

PlayStation Vue's mobile sign-on feature goes live soon, as does the ability to access your home regional sports access wherever you are, along with local broadcast networks while traveling.

In this article: av, entertainment, playstation, playstationvue, psvue, sony, vue
All products recommended by Engadget are selected by our editorial team, independent of our parent company. Some of our stories include affiliate links. If you buy something through one of these links, we may earn an affiliate commission.