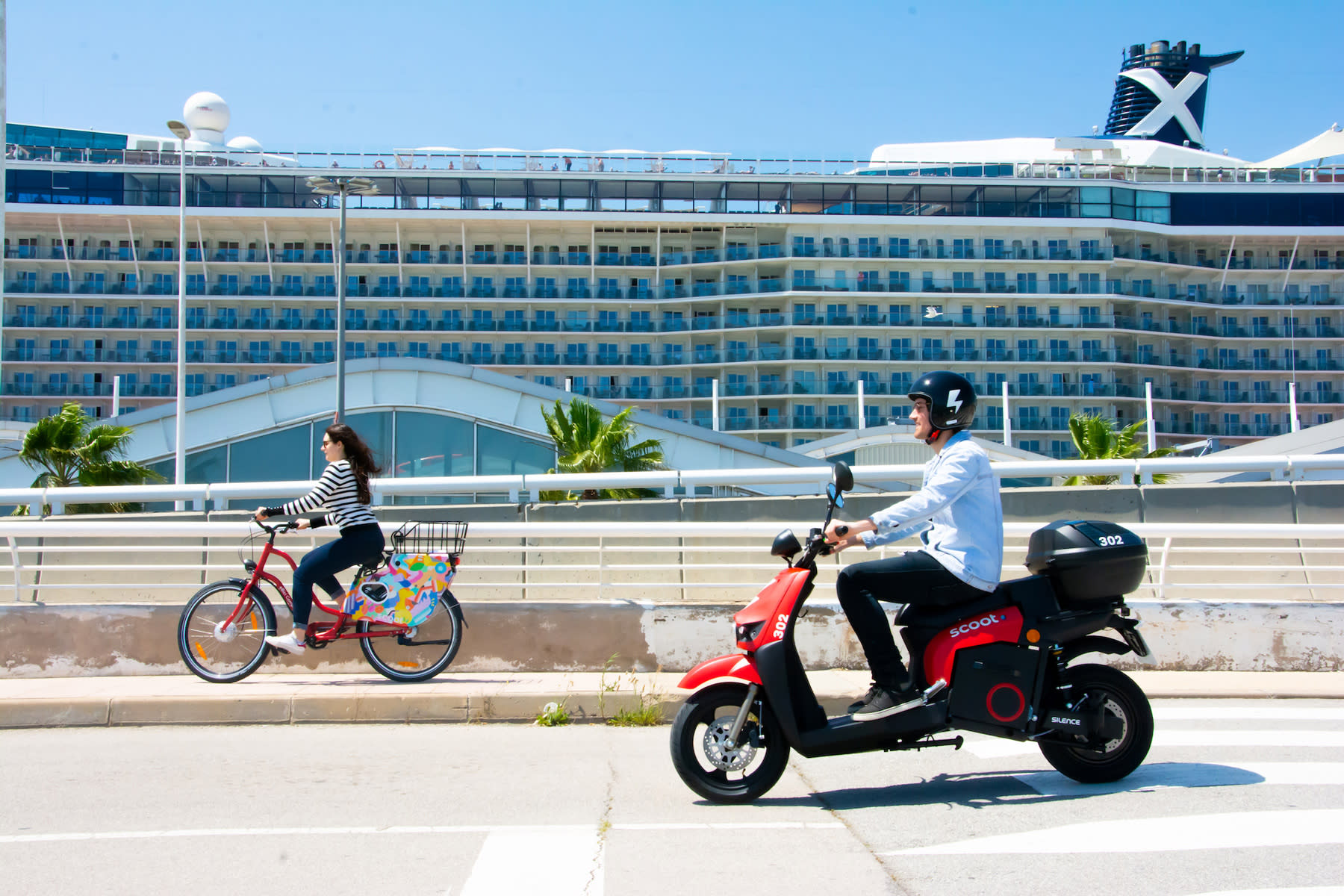 Scoot is getting into bicycles. The company known in San Francisco for its red electric scooters populated by riders with lightning bolt-emblazoned black helmets is adding bikes to its lineup. But not in San Francisco. Instead, the company is opening its first international location in Barcelona where it'll drop 1,000 electric bikes and 500 scooters on the streets of the Spanish city.

During a meeting with Engadget, Scoot CEO Michael Keating made a point to note that the company is working closely with Barcelona for the rollout. It's done the same in San Francisco over the years, and considering the blowback associated with electric push scooters in the Bay Area, the company is taking what it's learned from its San Francisco relationship and applied some of it to Spain.

"Barcelona is similar to San Francisco in that they are both very progressive cities in their values but also very protective of how their streets are used and how their city is preserved," Keating said. "There's a cautiousness that exists in both cities and also an aspiration to be greener and offer people more alternatives to driving."

The people of Barcelona will be able to use the Scoot app to rent either a scooter or electric bike for one-way travel. The scooters will be built by Spanish company Silence, and, because the laws for riding a two-wheeled vehicle without a motorcycle license in the European nation are different to California, the vehicles have a higher top speed than the GenZe scooters distributed in San Francisco. The power difference was immediately noticeable when I took off on the Silence scooter during a test ride. I also had a chance to ride the electric bike. It's a comfortable, pedal-assisted ride that the company will be dropping in Barcelona, but don't expect to see these bicycles in San Francisco anytime soon.

San Francisco already has a deal with Ford's GoBike system and free-floating sharing system, Jump bikes (which was recently acquired by Uber). Basically, no other bike share is allowed to operate in the city besides those two companies. At least for now.

"That was a big disappointment to us. We actually would have brought half of our bicycle fleet to San Francisco and half to Barcelona," Keating said.

The bikes that will be deployed, while still painted in Scoot's matte red, will also have fairings designed by Spanish muralist, Mina Hamada. It's apparently part of the company's desire to be part of the community. This is just the start, however, and the company has plans to expand to more cities in Western Europe and in the Americas by next year.

While bikes, scooters and push-scooters seem to be everywhere in places like San Francisco, the car is still the number-one source of transportation. That's not going to change anytime soon, but Keating wants to make sure Scoot is there to offer alternatives. "There's just a lot of room to improve the experience of getting around the city." He added, "It's a crazy time to be in mobility."

In this article: barcelona, business, electricbicycle, electricscooter, gadgetry, gadgets, gear, green, Scoot, transportation
All products recommended by Engadget are selected by our editorial team, independent of our parent company. Some of our stories include affiliate links. If you buy something through one of these links, we may earn an affiliate commission.