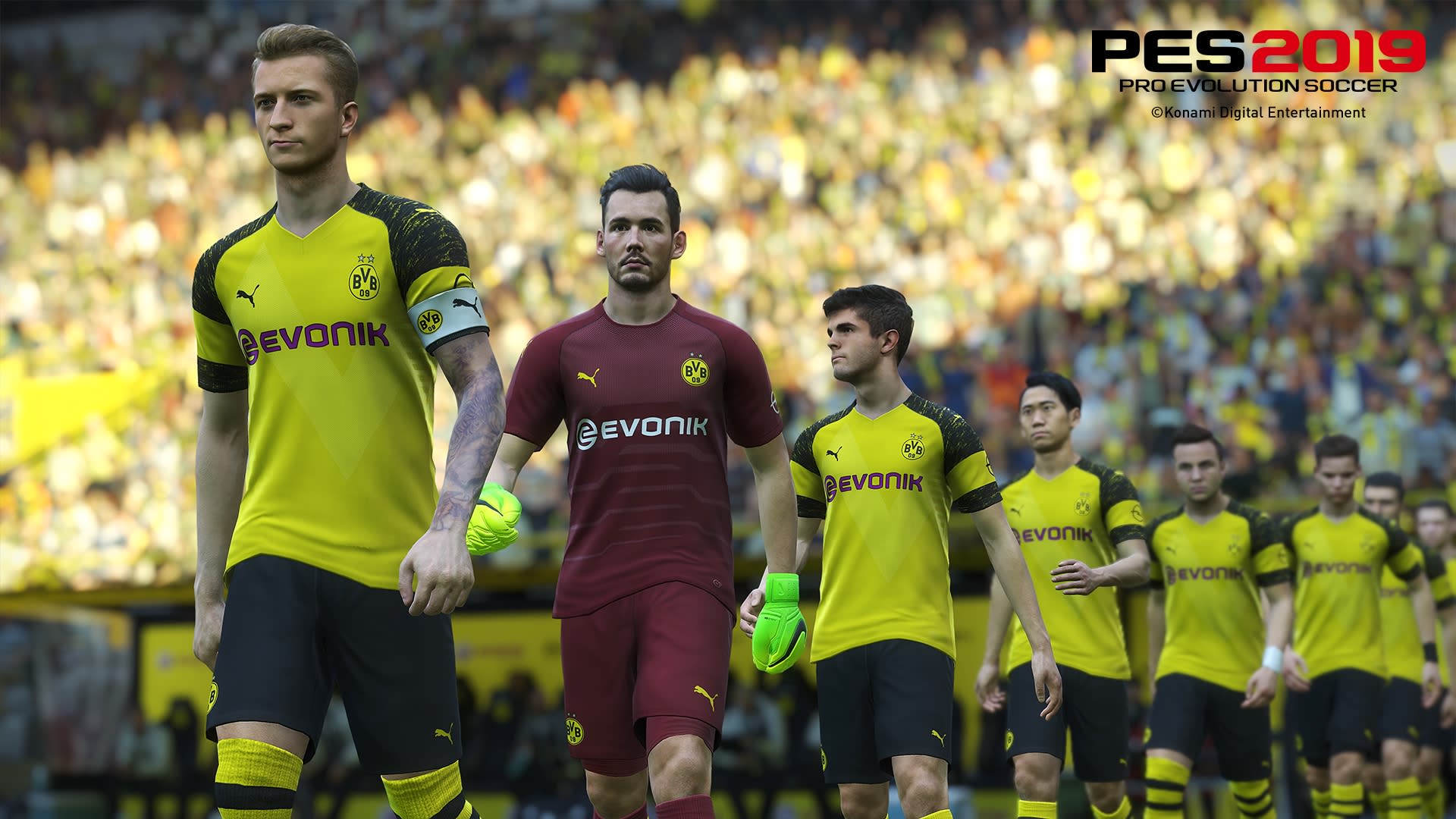 Konami's Pro Evolution Soccer series can't catch a break. It's been second fiddle to EA's FIFA series for years, and with news that another team has ended its licensing agreement with the underdog football franchise likely won't help matters any. Borussia Dortmund "prematurely" exited its licensing agreement with the game-maker ahead of its 2020 agreement, as spotted by Kotaku.

"Borussia Dortmund was included in some of the promotional assets of Pro Evolution Soccer 2019," Konami writes. "Please note however that it can unfortunately not be included in the product." The company continued that the team's logos, stadium, players and other bits (above) won't be featured. Today's news coupled with the loss of the Champions League earlier this year is a huge setback for Konami.

Whereas FIFA has licensing deals in place with entire leagues, PES had to get by with piecemeal offerings from individual teams. It almost calls to mind what happened with American football games in the early 2000s, where EA was struggling to innovate its yearly Madden offering against competitors. Specifically, Sega's 2K pigskin series.

At one point, Sega pulled a Hail Mary, pricing ESPN NFL 2K5 at $20 and releasing it weeks ahead of Madden that year. By the next season, EA picked up the exclusive rights to the NFL and NFL Player Association, and since no one buys a football game to play with fake teams and players, Sega and others bowed out of the competition.

Now, it's entirely too early to say whether similar will happen to PES, but from here it's not looking good.

In this article: borussiadortmund, business, easports, fifa, gaming, ItsCalledFootballDamnit, licensing, ProEvolutionSoccer, proevolutionsoccer2019, soccer
All products recommended by Engadget are selected by our editorial team, independent of our parent company. Some of our stories include affiliate links. If you buy something through one of these links, we may earn an affiliate commission.