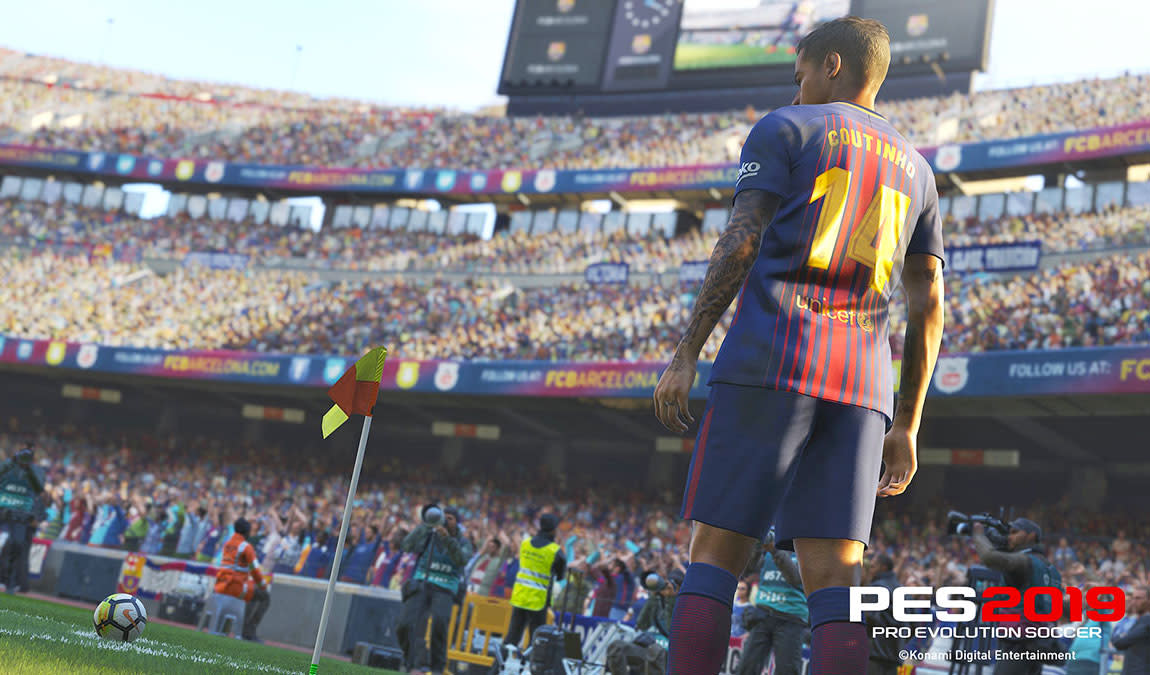 If you'd rather not support EA's definitions of "gambling" and "loot boxes" but still want to play virtual soccer football, maybe this year's Pro Evolution Soccer from Konami will tickle your fancy. PES 2019 will be in stores August 28th (US) and August 30th (Europe) for Steam, PlayStation 4 and Xbox One. It'll feature 4K HDR video across "all capable platforms," too. Hopefully that means support for the PlayStation 4 Pro and Xbox One X in addition to PC.

Earlier last month it was revealed that the franchise would lose its license for the Champions League teams and players, and Konami hasn't provided any information yet on what will replace them. However, its announcement trailer for the new game features and awful lot of David Beckham, and there will even be an edition of the game named after Posh Spice's husband.

The game is up for pre-order right now, and we'll probably get answers to our burning questions about which leagues and stadiums will be featured next month at E3.

In this article: 4k, av, football, gaming, hdr, ItsCalledFootballDamnit, konami, pcgaming, pes, pes2019, playstation, playstation4, playstation4pro, ProEvolutionSoccer, ps4, soccer, steam, uhd, xbox, xboxone, xboxonex
All products recommended by Engadget are selected by our editorial team, independent of our parent company. Some of our stories include affiliate links. If you buy something through one of these links, we may earn an affiliate commission.