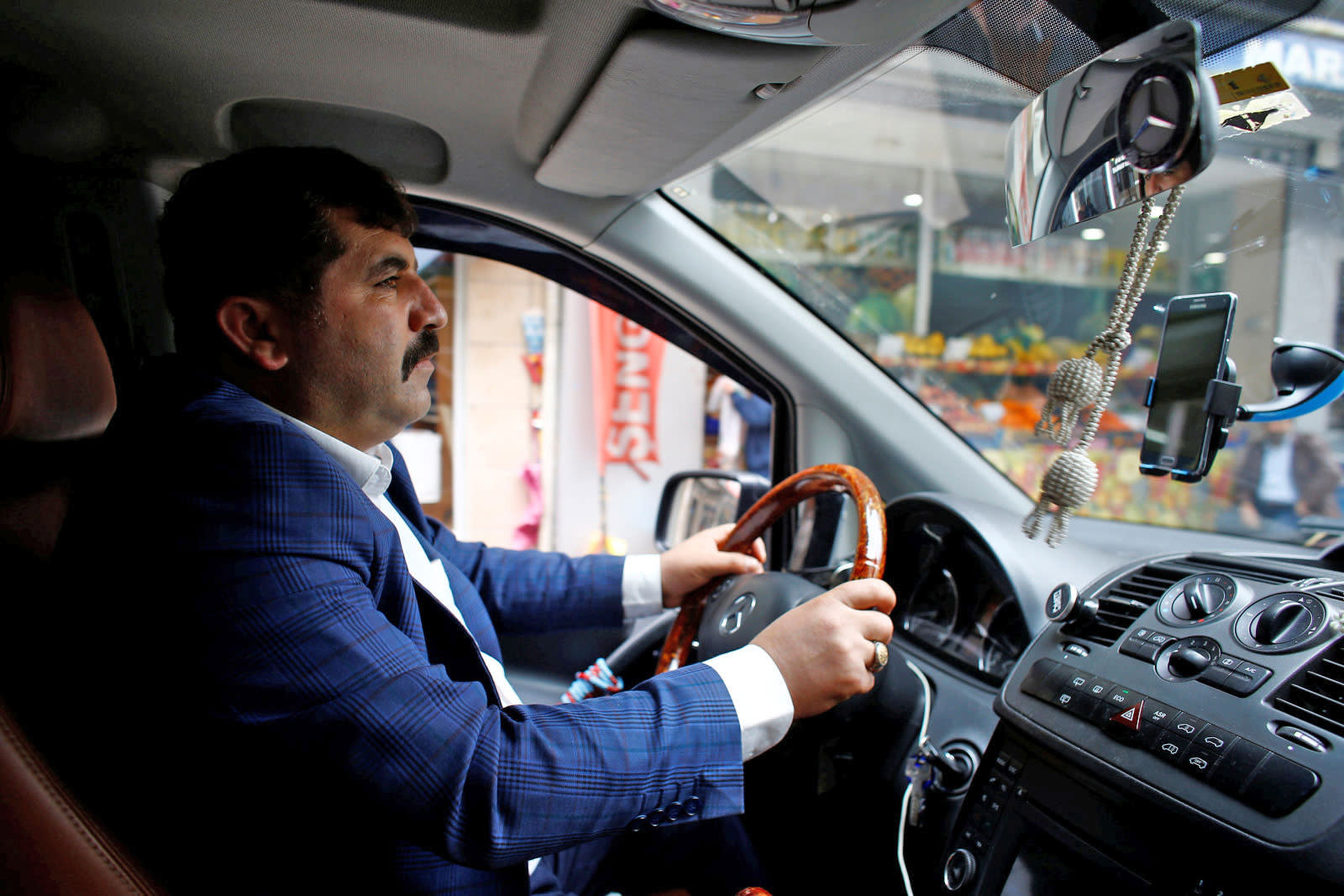 You might not want to count on hailing an Uber car in Istanbul any time soon. Turkish President Recep Tayyip Erdogan has claimed at a Ramadan dinner that the ridesharing outfit's business is "over" in the country, with the interior ministry reportedly giving "the orders." Uber currently runs under a license that costs much less than taxi plates (about $760 US instead of $360,000), but Erdogan argued that it was "not possible" to offer a taxi alternative with that lower-cost option.

We've asked Uber for comment. Its service continues to operate in Turkey as of this writing, although there's a court hearing on Uber scheduled for June 4th. Critics aren't entirely convinced there will be a shutdown, though -- one Uber operator speaking to Bloomberg called an anti-Uber crackdown an "election pledge" that didn't carry much weight.

If there is a ban, it would compound Uber's ongoing problems finding acceptance abroad. It recently dodged bans in places like the Czech Republic and Egypt, but it hasn't always been lucky -- just look at London as an example. In Turkey's case, it's facing both the usual opposition from taxi drivers as well as a nationalistic government bent on protecting local businesses.

In this article: erdogan, gear, internet, politics, ridesharing, services, transportation, turkey, uber
All products recommended by Engadget are selected by our editorial team, independent of our parent company. Some of our stories include affiliate links. If you buy something through one of these links, we may earn an affiliate commission.