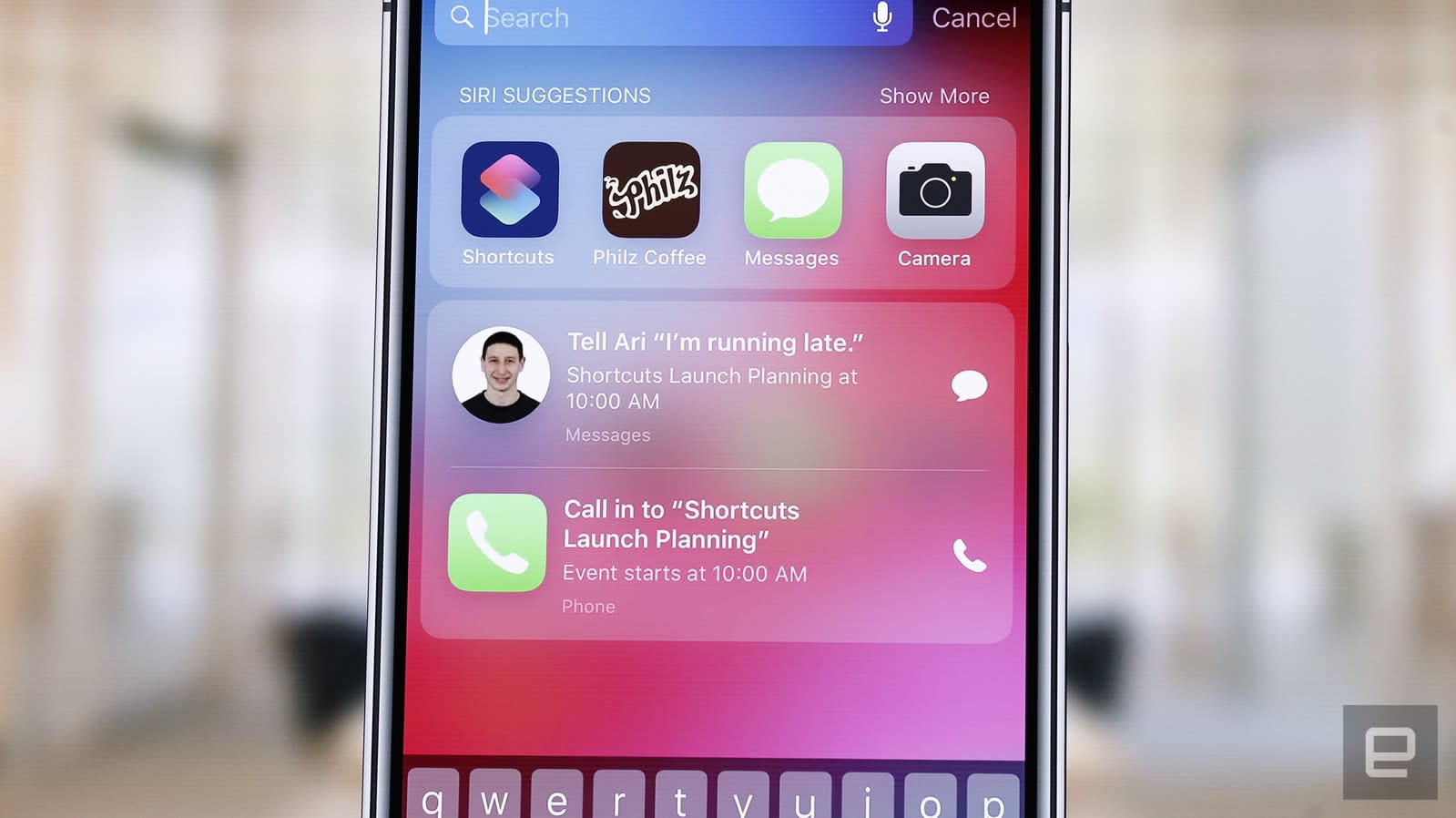 It's no secret that Apple's virtual assistant, Siri, doesn't have the best reputation -- especially when you compare it to Google's incredibly smart counterpart. But, the company has been working hard recently to make Siri more useful for those of you with an iOS or Mac device. And today, Apple announced that Siri is getting smarter thanks to a new app called Shortcuts, which will let you build your own commands with any application. With the Tile app, for example, you can say "Hey Siri, I lost my keys," and that will then alert the tiny gadget attached to your keys.

You can create more shortcuts for things such as "Surf time," which will prompt Siri to look up the weather report before you head to the beach. Shortcuts is also going to allow Siri to make suggestions to you, like that you should call your mom or grandma on their birthday. While Google Assistant has had access to features like these for some time, it's still great to see Apple finally letting Siri integrate deeper with third-party apps -- even if you have to do some of the legwork yourself.

Siri Shortcuts seems to stem from Apple's acquisition of Workflow in 2017, an app that focused on performing multiple tasks with a single tap. This is essentially Apple's take on If This Then That (IFTTT), and Siri is going to be better because of it. Let's hope so, at least. In this article: apple, applesiri, digitalassistant, gear, internet, mobile, personal computing, personalcomputing, shortcuts, siri, virtualassistant, wwdc, wwdc2018
All products recommended by Engadget are selected by our editorial team, independent of our parent company. Some of our stories include affiliate links. If you buy something through one of these links, we may earn an affiliate commission.