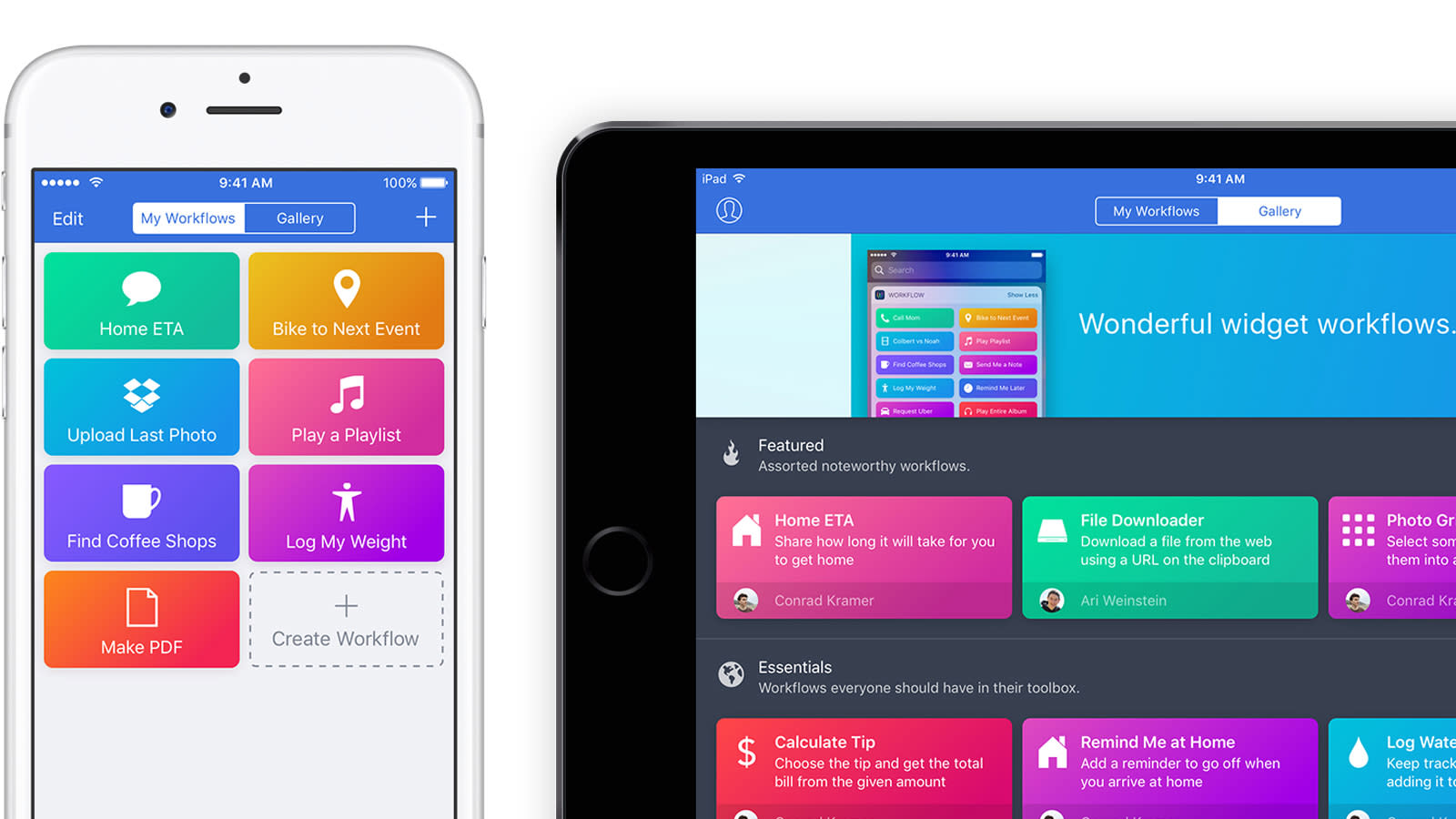 You've had a number of built-in options to automate tasks on the Mac over the years, such as AppleScript and Automator, but you've had to turn to third-party apps like IFTTT to do similar things on iOS. You might not have to lean so much on outside help going forward, though. Apple has confirmed that it just acquired Workflow, an app that lets you easily run multi-step, multi-app tasks from your iPhone or iPad. You can upload your latest photo to a cloud service by pushing a button, for instance, or tell a family member when you expect to get home.

Unlike with many buyouts, Apple isn't planning to shut Workflow down right away. The app is not only sticking around the App Store, but is now free. We wouldn't count on it lasting forever (Apple eventually shut down HopStop, for instance), but Apple won't necessarily disrupt your life for the sake of its long-term plans.

Neither Apple nor Workflow has outlined what they might do together, but there are a number of possibilities. On a basic level, it hints at the chance of built-in automation for some tasks in iOS -- you might just tap a button to accomplish a number of tasks. That could be particularly appealing to iPad power users treating their tablet more like a computer. It may be helpful for home automation, too, by further streamlining control over all your appliances. Just don't expect to see any Workflow features show up in iOS in the near future. Apple has likely already settled on the core features for iOS 11 by this point (WWDC is just a few months away), so any OS-level integration may have to wait until much later.

In this article: acquisition, apple, applewatch, automation, automator, gear, ios, ipad, iphone, mobile, personal computing, personalcomputing, wearables, workflow
All products recommended by Engadget are selected by our editorial team, independent of our parent company. Some of our stories include affiliate links. If you buy something through one of these links, we may earn an affiliate commission.