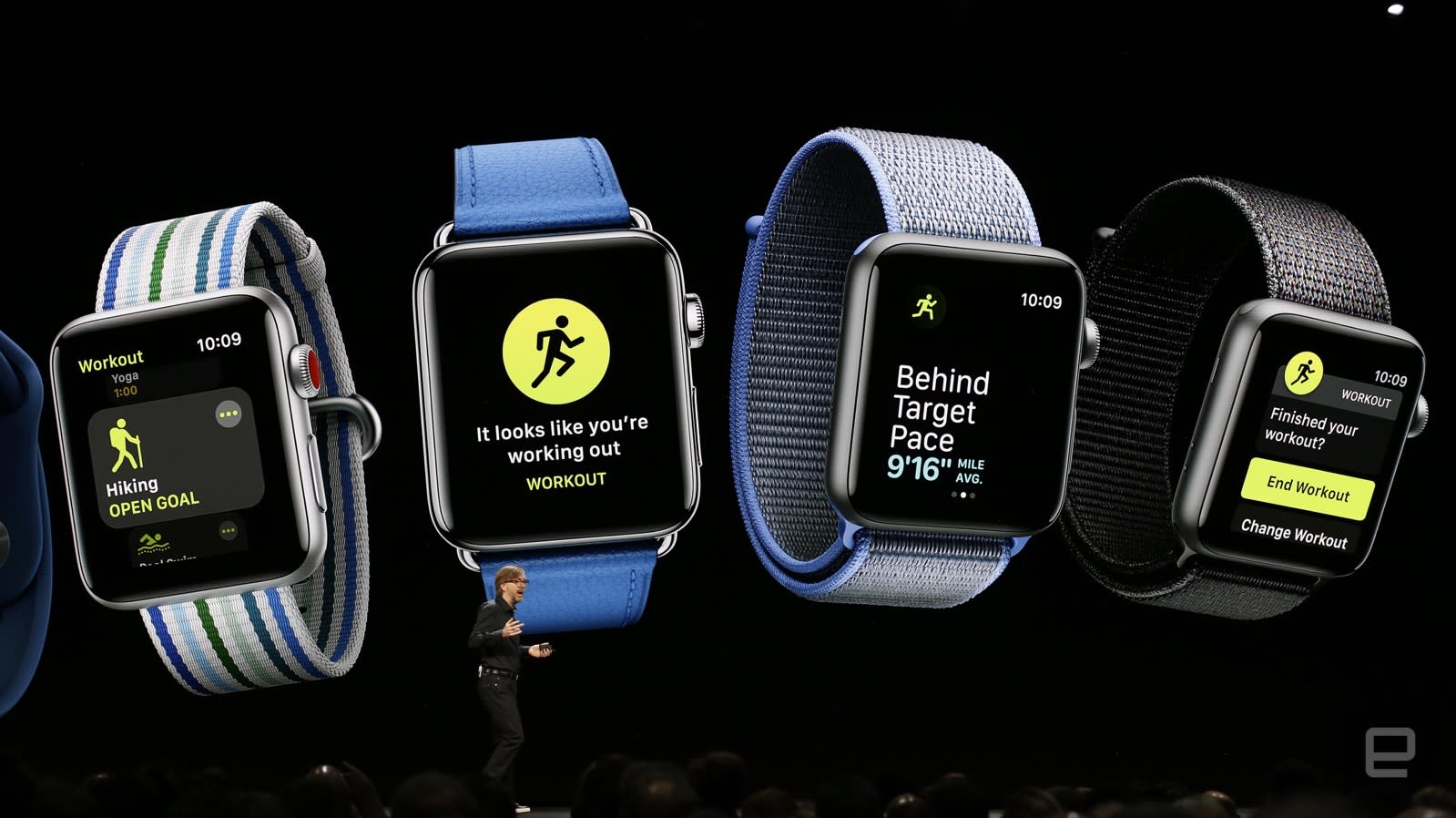 The Apple Watch is about to get another big tune-up, and it won't surprise you to hear that the focus is on fitness. Apple has unveiled watchOS 5, and there's a slew of updates for more competitive types. There's now automatic workout detection -- not a new feature on smartwatches, but helpful if you've ever forgotten to tap your watch before starting a run. You'll also have week-long competitions with friends, hiking and yoga workouts, a rolling mile pace and cadence (steps per minute) tracking. Siri sees some important improvements as well. In addition to Shortcuts for key apps, you no longer need to say "hey Siri" when you raise your wrist. The existing Siri watch face now supports third-party apps, to boot, and provides info for maps, heart rate and sports scores.

Connectivity gets a boost, too: there's a new Walkie Talkie feature that lets you hold quick back-and-forth voice conversations. Suffice to say this could be helpful if you're using an LTE-equipped watch and would rather not scribble a text message when your iPhone is still at home.

Other upgrades focus on features that might not be flashy but are arguably overdue. You can now play podcasts directly from your watch, not just your music. There are now interactive notifications that provide app-specific responses, such as sending a payment or checking in for a flight. And gone are the days when you had to pull out your iPhone just to check messages with web material -- you can't surf the web on your Watch (not that you'd really want to), but you can open web-based email and see web links in Messages.

The watchOS 5 update should arrive this fall and will require at least a Series 1 Watch -- no original models this time around. It's not as giant an upgrade as past releases (there's still no third-party watch face support, alas), but that's not necessarily a bad thing. The Apple Watch is now a relatively mature device, and it's clear that the focus is more on addressing smaller feature gaps than reinventing the wheel. In this article: apple, applewatch, gear, mobile, smartwatch, watchos, watchos5, wearable, wearables, wwdc, wwdc2018
All products recommended by Engadget are selected by our editorial team, independent of our parent company. Some of our stories include affiliate links. If you buy something through one of these links, we may earn an affiliate commission.