Just as we expected, ASUS is keeping up with the gaming laptop competition with its new ROG Strix II gaming laptops. Available in two models, "Hero" and "Scar," the Strix II machines have been upgraded with thin bezel displays running at 144Hz. We've seen those features from all of the major gaming notebook makers this year, but ASUS is going a step further by including a 15.6-inch 1080p panel with a low 3ms response rate, compared to the 7ms screens other companies are using. That should make the Strix II notebooks ideal for fast-paced games.

The new laptops share most of the same hardware: Sturdy metal cases, eighth-generation Intel Core i7-8750H processors, and LED lightbars up front. The major difference between them is their video cards. ASUS is positioning the Hero as rig for MOBA gamers, so it's limited to an NVIDIA GTX 1060 GPU. The Scar, on the other hand, is meant for FPS gamers, and it can fit in either a GTX 1060 or 1070. Notably, ASUS isn't going for the Max-Q version of those graphics cards, which are slightly underclocked.

It seems like an unnecessary distinction, but it allows for ASUS to target those audiences in other ways. The Scar features highlighted "WASD" keys and a military aesthetic, for example, while the Hero emphasizes its "QWER" keys and has a cyberpunk look. 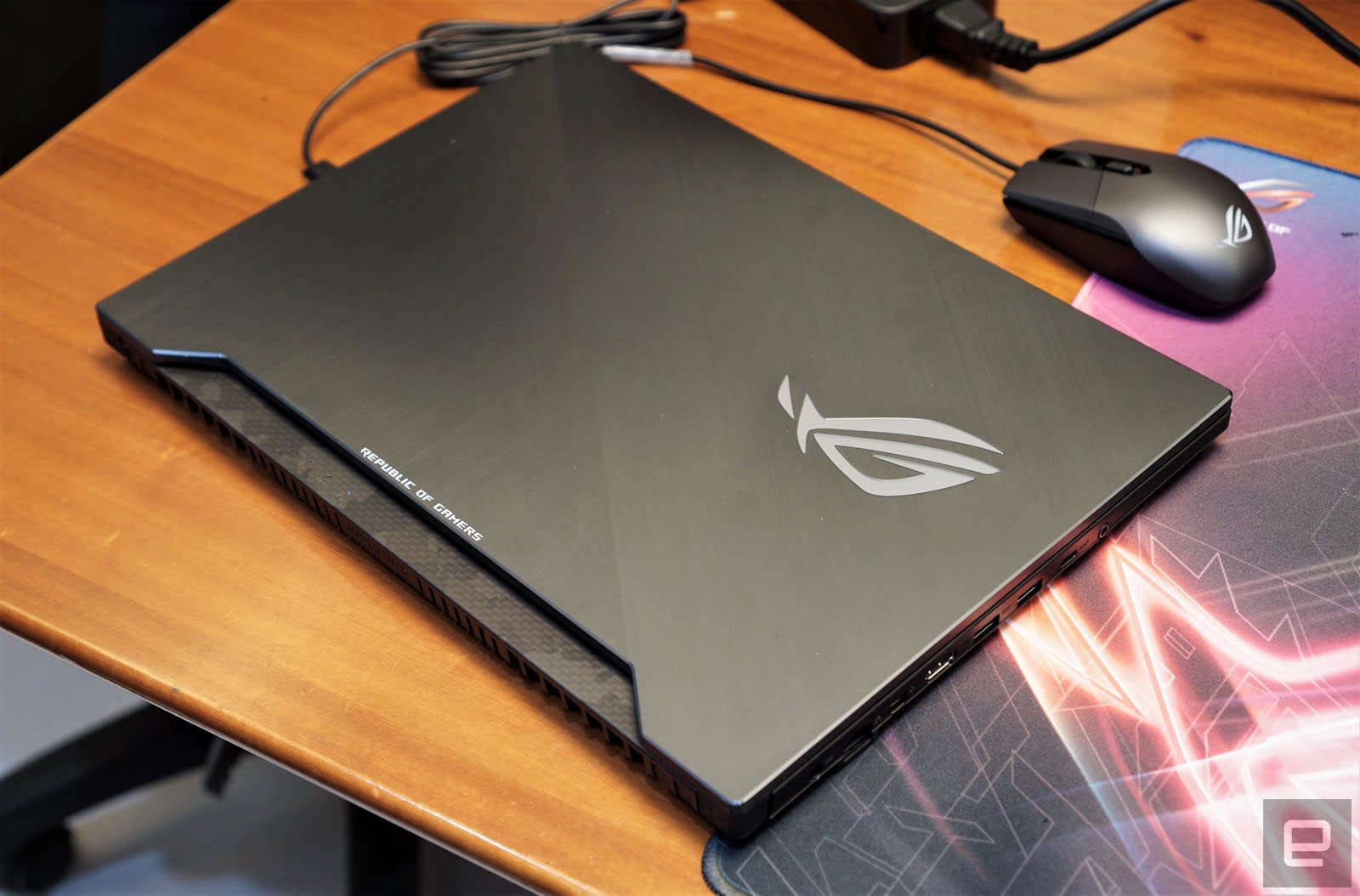 ASUS has also upgraded the cooling on the Strix II laptops significantly. The company claims their 12 volt fans, which feature more blades than the last model, can deliver 42.5 percent more airflow and 92 percent more air pressure. The laptops also have a small gap between the bottom of their displays and their keyboards, allowing them to exhaust heat more efficiently. ASUS says the Strix II offers lower noise and better cooling performance than MSI's 17-inch 7RE Raider, even though that laptop has a larger case, which should technically be easier to cool.

You can grab both ROG Strix II laptops today from ASUS, Amazon and Newegg. The Hero starts at $1,699, while the Scar will run you a bit more at $1,999.