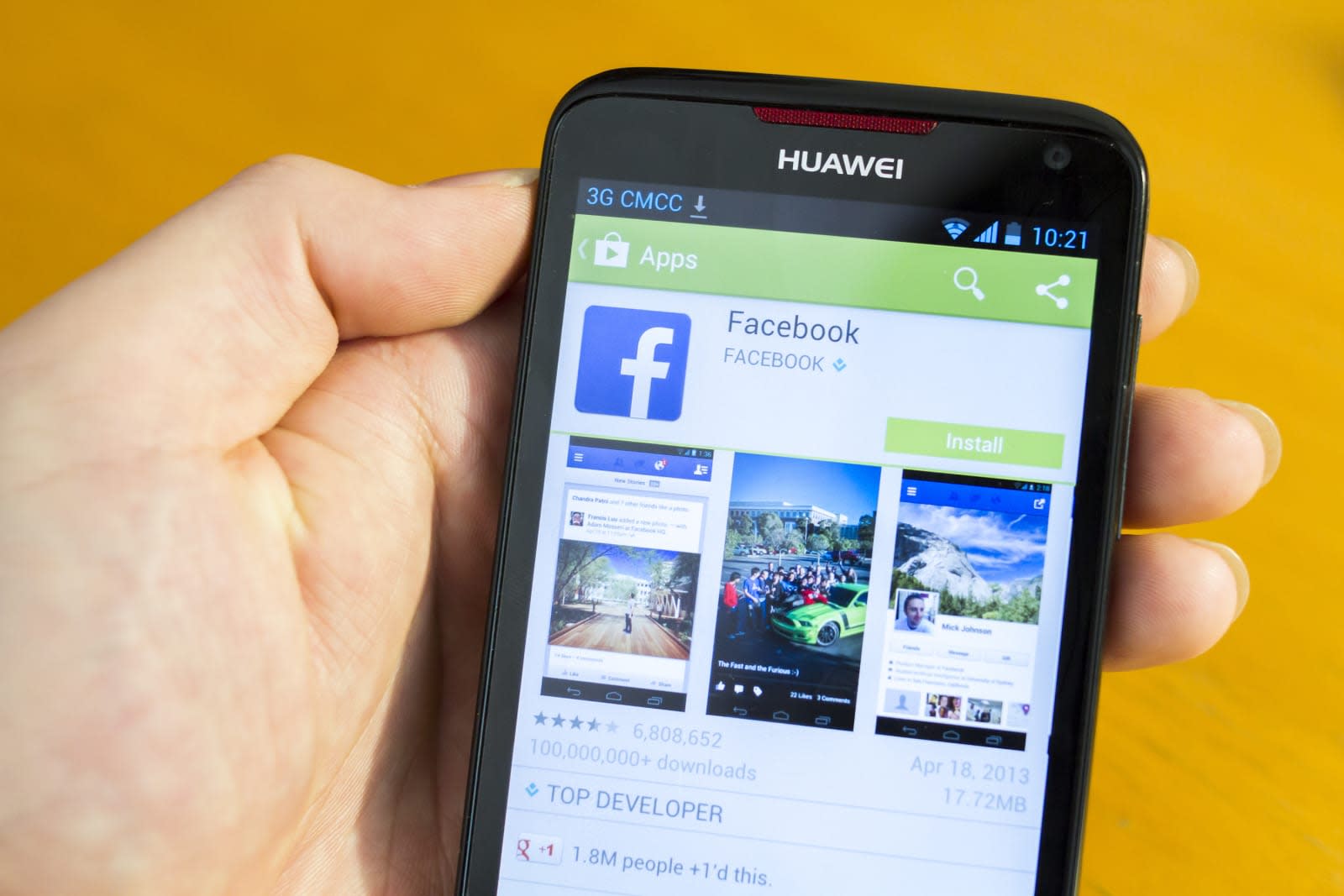 After a New York Times report highlighted how Facebook provided 60 or so device manufacturers access to user data, today the NYT and Washington Post report that four Chinese manufacturers are on the list. Huawei, Lenovo, Oppo and TCL all had integrations that Facebook exec Francisco Varela told the NYT: "were controlled from the get-go — and Facebook approved everything that was built."

Huawei, in particular, has been raised for scrutiny by several lawmakers, who worry that the Chinese government could demand access to data on its servers. Earlier this year, the FBI, CIA and NSA warned against use of the company's products or services, citing a potential capacity for "undetected espionage." Facebook has not listed all of the companies included in these agreements -- Apple is not included -- which it said it has been "winding down" and would end with Huawei by the end of this week.

In response, Facebook has said that all data used in its integration with Huawei remained on device, and in its statement Monday insisted these agreements are not at all like the ones used by apps like the one Aleksandr Kogan built that later shared user data with Cambridge Analytica. Senator Mark Warner (D - VA), said he is interested in learning more about how Facebook knows data did not travel to Chinese servers.

We need answers from Facebook. The whole story, now, not six months from now. https://t.co/I7xsM8mvj4

In this article: facebook, gear, internet, lenovo, security
All products recommended by Engadget are selected by our editorial team, independent of our parent company. Some of our stories include affiliate links. If you buy something through one of these links, we may earn an affiliate commission.