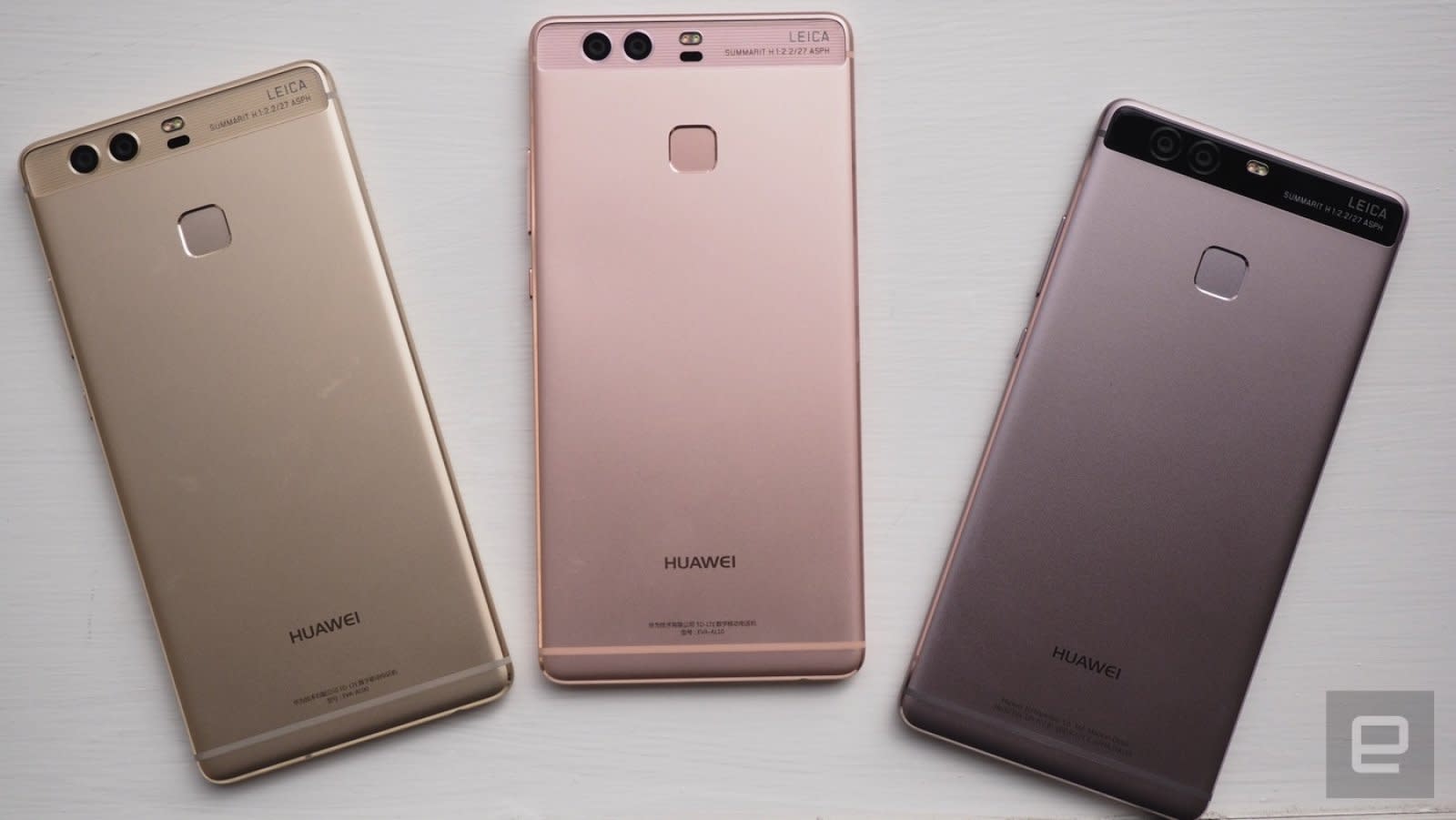 After being rebuffed by carriers AT&T and Verizon, Huawei's push to sell phones in the US isn't getting any easier. Six top US intelligence chiefs, including the heads of the FBI, CIA and NSA, told Americans they wouldn't recommend buying products or services from the Chinese manufacturer, CNBC reports. "We're deeply concerned about the risks of allowing any company or entity that is beholden to foreign governments ... to gain positions of power inside our telecommunications networks," FBI Director Chris Wray testified to the Senate Intelligence Committee.

Last year, Huawei thought it had a carrier deal sewn up, but AT&T called it off, reportedly due to pressure by US Congress. During a keynote at CES, Huawei CEO Richard Yu expressed his frustration, noting that 90 percent of handsets are sold through US carriers. Nevertheless, the company is selling an unlocked version of its flagship Mate 10 Pro via Amazon, Best Buy and other resellers.

The US government has tried to block Huawei from any US government contracts, and also advised private carriers and ISPs against using its telecom equipment. Now, all the major intelligence agencies are recommending that private citizens avoid buying handsets, too. "It provides the capacity to maliciously modify or steal information," said Wray. "And it provides the capacity to conduct undetected espionage."

Huawei, obviously, takes exception to those claims. "Huawei is aware of a range of US government activities seemingly aimed at inhibiting Huawei's business in the U.S. market. Huawei is trusted by governments and customers in 170 countries worldwide and poses no greater cybersecurity risk than any ICT vendor, sharing as we do common global supply chains and production capabilities," it said in a statement.

The company has never shaken its perceived ties with the Chinese government, particularly because its founder was a senior engineer in the Chinese Liberation Army. It was also sued by T-Mobile in 2014 for allegedly stealing phone-testing technology.

Outside of North America, though, Huawei is one of the biggest handset makers in the world. Its phones have taken big leaps forward of late, matching rival products in technology and design. With the US government and intelligence agencies aligned against it, however, it seems to have little hope for stateside success in the near term.

In this article: CIA, espionage, FBI, gear, huawei, intelligence, mobile, NSA, security, ZTE
All products recommended by Engadget are selected by our editorial team, independent of our parent company. Some of our stories include affiliate links. If you buy something through one of these links, we may earn an affiliate commission.