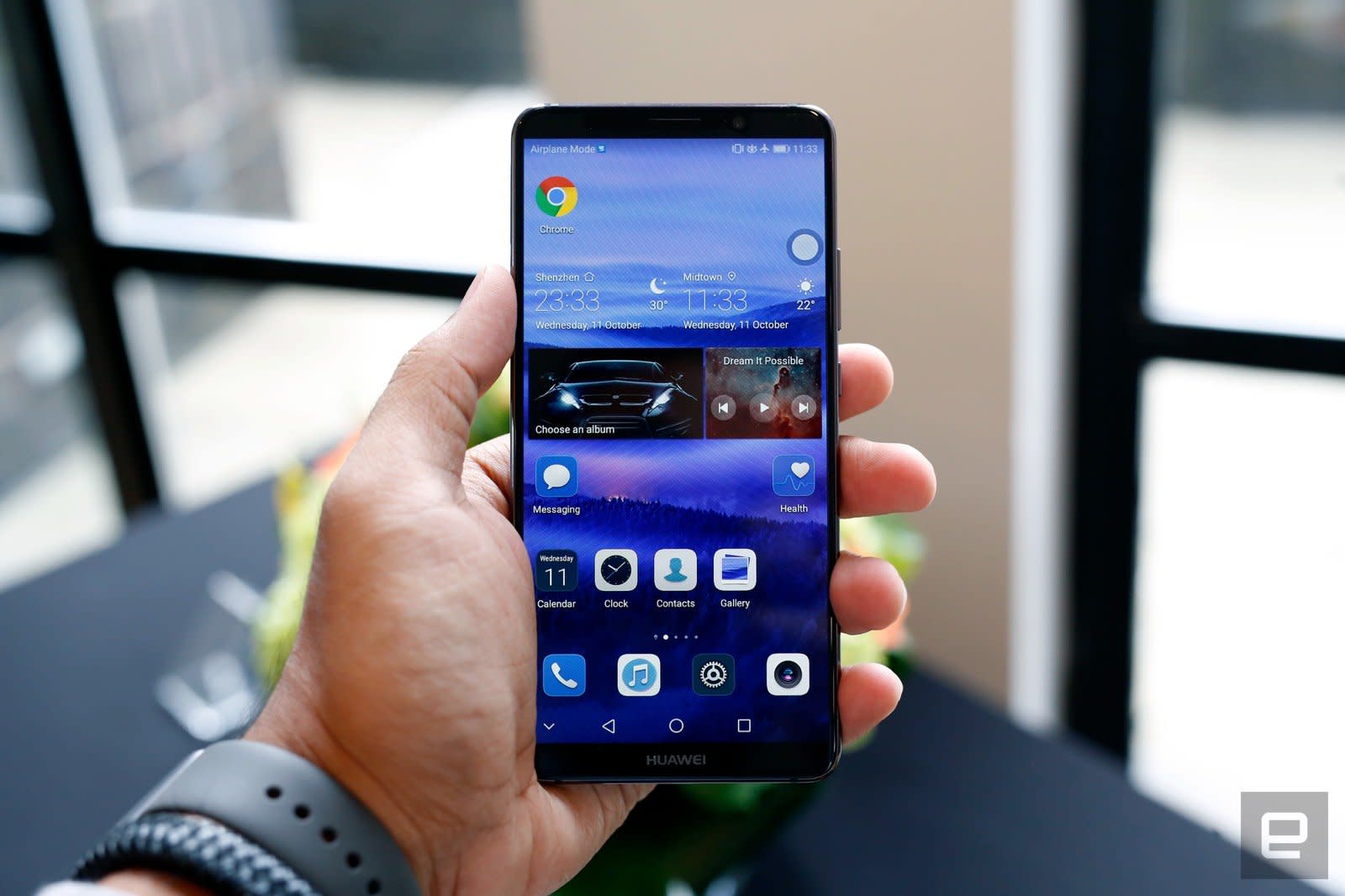 AT&T recently revealed that it wouldn't carry Huawei smartphones, despite rumors that it would be the first US carrier to do so, raising suspicions that politics played a part in its decision. Now, Reuters is also reporting that US lawmakers did indeed pressure AT&T to drop its plans to carry handsets from the Chinese company. Furthermore, Senators and House members are also pressuring AT&T to end its collaboration with Huawei on standards for its next-generation 5G network.

The government is telling companies that dealing with Huawei, China Mobile and other firms could harm their ability to procure government contracts. "The next wave of wireless communication has enormous economic and national security implications," said Michael Wessel of a US-China security review commission. "China's participation in setting the standards and selling the equipment raises many national security issues that demand strict and prompt attention."

To back that up, Congress has proposed a bill that would bar any government agency from working with Huawei over spying concerns. It claims that, according to the CIA, NSA, FBI and other agencies, Huawei has shared sensitive information with China, and that Chinese security agencies can access private US business communications via Huawei tech.

China's participation in setting the standards and selling the equipment raises many national security issues that demand strict and prompt attention.

Huawei has long protested that its equipment contains no backdoors that could threaten US communications infrastructure, however. It told Reuters that its equipment is used by 45 of the world's top 50 carriers, and that security for its clients is paramount. China also counter-accused US companies like Cisco of providing potentially insecure switches and other equipment.

The Huawei issue drew the attention of the Chinese foreign ministry, which said that "we hope that China and the United States can work hard together to maintain the healthy and stable development of trade and business ties." With the exception of ZTE, notable Chinese companies like Xiaomi and Huawei don't sell handsets through US carriers at the moment, whereas Apple's iPhones and other devices are sold by China Telecom, China Unicom and other carriers. In fact, the iPhone 7 Plus was the second-best-selling smartphone in China behind the Oppo R9S. Huawei once built a couple of MyTouch phones for T-Mobile, but the relationship soured after two Huawei employees were caught stealing robotic parts from T-Mobile's lab.

Apple recently built its iCloud data centers in China in order to comply with laws, raising concerns about the security of data from users in other nations. CEO Tim Cook admitted as much, but said the message was simply a "mistake."

Update: This article has been corrected to reflect that ZTE is still selling handsets through US carriers.

In this article: att, China, Congress, gear, Huawei, mobile, politics, Security, Smartphones, Spying
All products recommended by Engadget are selected by our editorial team, independent of our parent company. Some of our stories include affiliate links. If you buy something through one of these links, we may earn an affiliate commission.