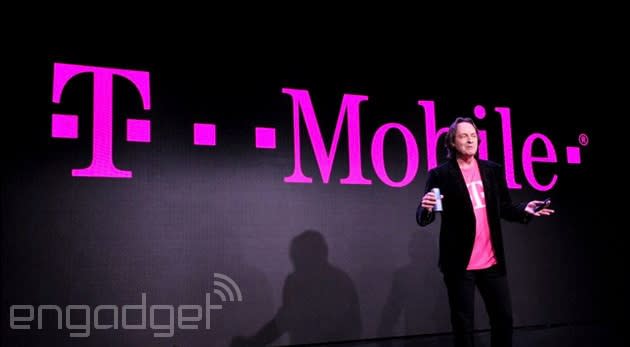 Cellular providers and phone makers don't always have the best relationships, but things are getting particularly sour between T-Mobile USA and Huawei. The UnCarrier is suing Huawei for trying not just to copy its phone testing robot technology, but to steal it. The phone maker's staffers reportedly took illegal photos of the testing gear, and then swiped components; they even tried to break in when banned from the premises. T-Mobile insists that it spent "tens of millions" of dollars to switch to other phones as part of the breaches, and that Huawei may have earned "hundreds of millions" in ill-gotten profit.

You would expect many companies to fight such allegations tooth and nail, but Huawei isn't. It agrees that there's at least some merit to claims that its workers were "acting inappropriately," and notes that the employees involved were fired. While it's planning to protect itself in court, it "respects" T-Mobile's right to sue over the thefts and plans to cooperate. Those kind words probably aren't going to placate Magenta's lawyers, but they suggest that the two telecom giants won't be fighting to the bitter end.

In this article: cellphone, huawei, lawsuit, mobilepostcross, robots, smartphone, t-mobile
All products recommended by Engadget are selected by our editorial team, independent of our parent company. Some of our stories include affiliate links. If you buy something through one of these links, we may earn an affiliate commission.