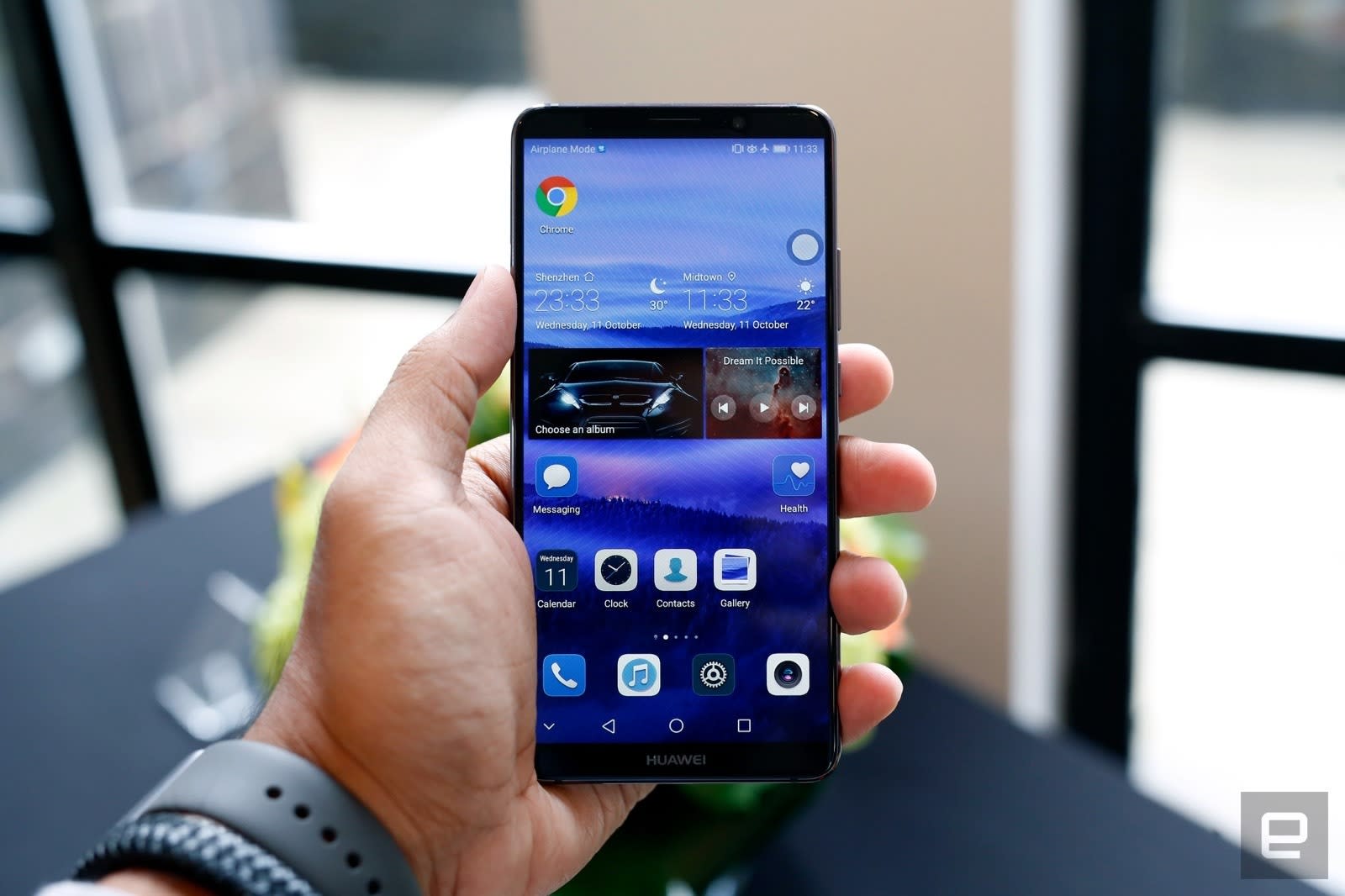 Huawei's flagship phone, the Mate 10, was rumored to be coming to the US this February. The Chinese smartphone maker was reportedly in talks with AT&T to sell its phones, but it looks as if the deal has stalled. According to The Wall Street Journal, AT&T has walked away from the deal.

Huawei was expected to announce its agreement with AT&T this Tuesday at CES in Las Vegas, which would have been its first partnership with a major US mobile provider, according to The Wall Street Journal. The deal would have helped the number three phone maker compete even more with Samsung and Apple.

While AT&T declined to comment on the matter to WSJ, Huawei told Engadget that "Over the past five years Huawei has proven itself by delivering premium devices with integrity globally and in the U.S. market. On Tuesday Huawei will introduce new products to the U.S. market, including availability. We look forward to sharing more information with you then."

In this article: agreement, att, business, deal, gear, huawei, mate10, mobile, US
All products recommended by Engadget are selected by our editorial team, independent of our parent company. Some of our stories include affiliate links. If you buy something through one of these links, we may earn an affiliate commission.