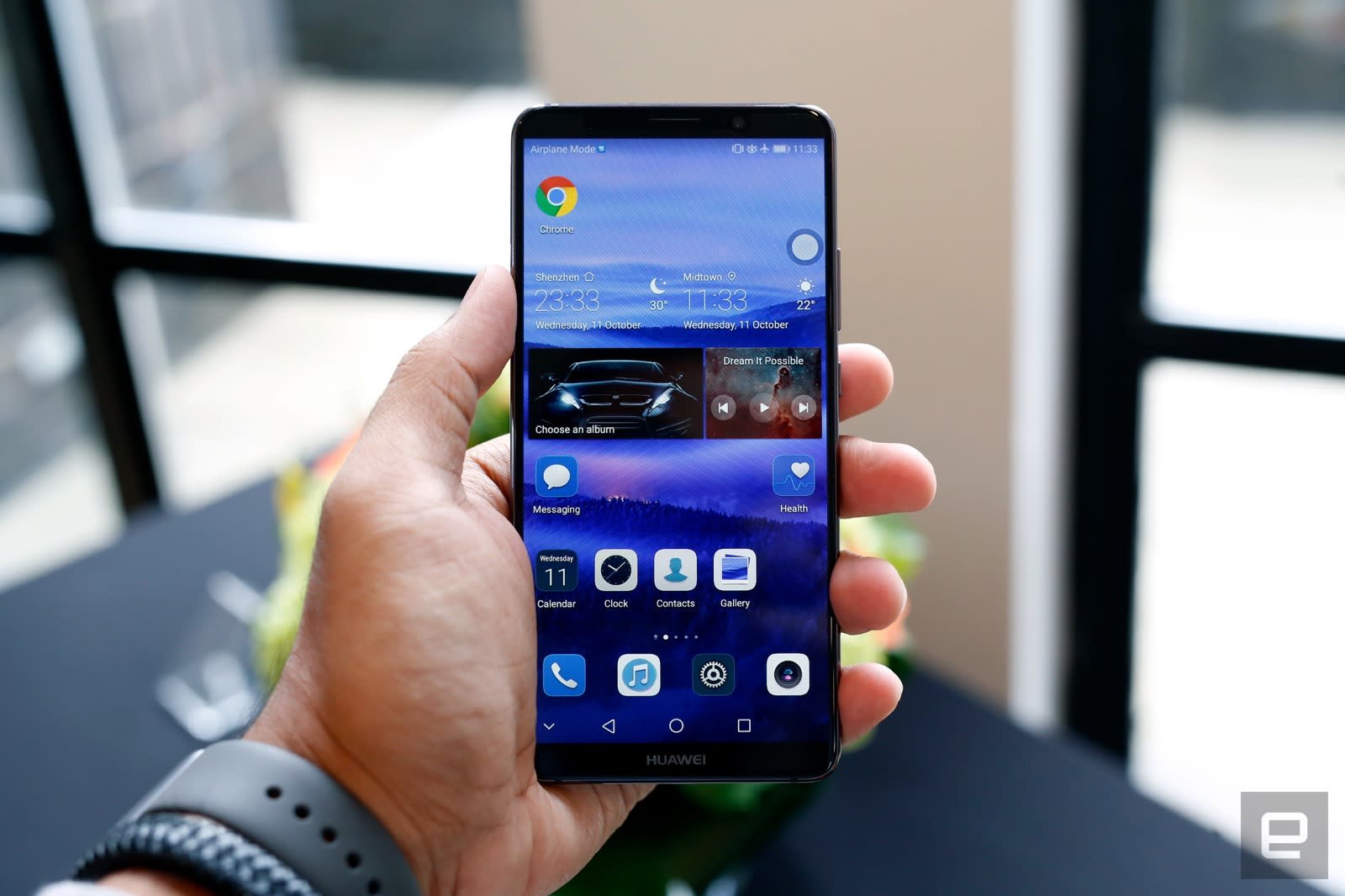 Chinese phone makers rarely get top billing in the US, but that might change in a matter of weeks. Sources speaking to The information have claimed that Huawei has scored a previously rumored deal to offer its Mate 10 flagship through AT&T in February -- the first time Huawei has ever sold a phone through a major American carrier "for its main service," the insiders said. It'll reportedly have some "technical adjustments" based on US standards (most likely network frequency support), but it would largely be the handset you first saw in October.

The tipsters indicated that this was really part of a bigger strategy to not only gain acceptance in the US, but to take on Huawei's biggest competitors, and Apple in particular. While Huawei hasn't needed American customers to become a powerhouse, it believes that it needs to succeed in the US if it's going to challenge Apple in the high-end smartphone world beyond technological oneupmanship. And if it wants any chance of that, it has to strike deals with big carriers and understand American tastes. The sources said that Huawei's US staff has been quietly scouting stores to gauge buyer habits, and Huawei consumer electronics head Richard Yu has publicly announced plans to spend $100 million in advertising to raise awareness.

If the leak is accurate (neither company has confirmed the launch), Huawei will likely face an uphill battle. Never mind the latent distrust some may have for Chinese companies -- it's brand recognition that's most likely to hurt the Mate 10's chances. Many Americans haven't even heard of Huawei, let alone its history in smartphones. Even Google's Pixel line hasn't managed to seriously challenge the dominance of Apple and Samsung despite a familiar name, a major carrier deal and a massive marketing campaign. A February launch might not help, either, as the Mate 10 could be quickly overshadowed by the Galaxy S9.

There's also the matter of software. Yu said that Huawei would better integrate Assistant and other Google services in US devices, but there's no denying that its software is skewed toward a Chinese audience where Google services don't exist and you don't always see Android staples like the app drawer. Yu has reportedly declared in company-only messages that some of Huawei's software decisions were "stupid," and that's not good news for a tech giant that needs to give you clear reason to switch from your iPhone or Galaxy. The Mate 10 launch may give Huawei a foothold in the US, but it could take years before its brand and its hardware are strong enough to make Apple or Samsung feel nervous.

In this article: android, att, gear, huawei, mate10, mobile, smartphone
All products recommended by Engadget are selected by our editorial team, independent of our parent company. Some of our stories include affiliate links. If you buy something through one of these links, we may earn an affiliate commission.