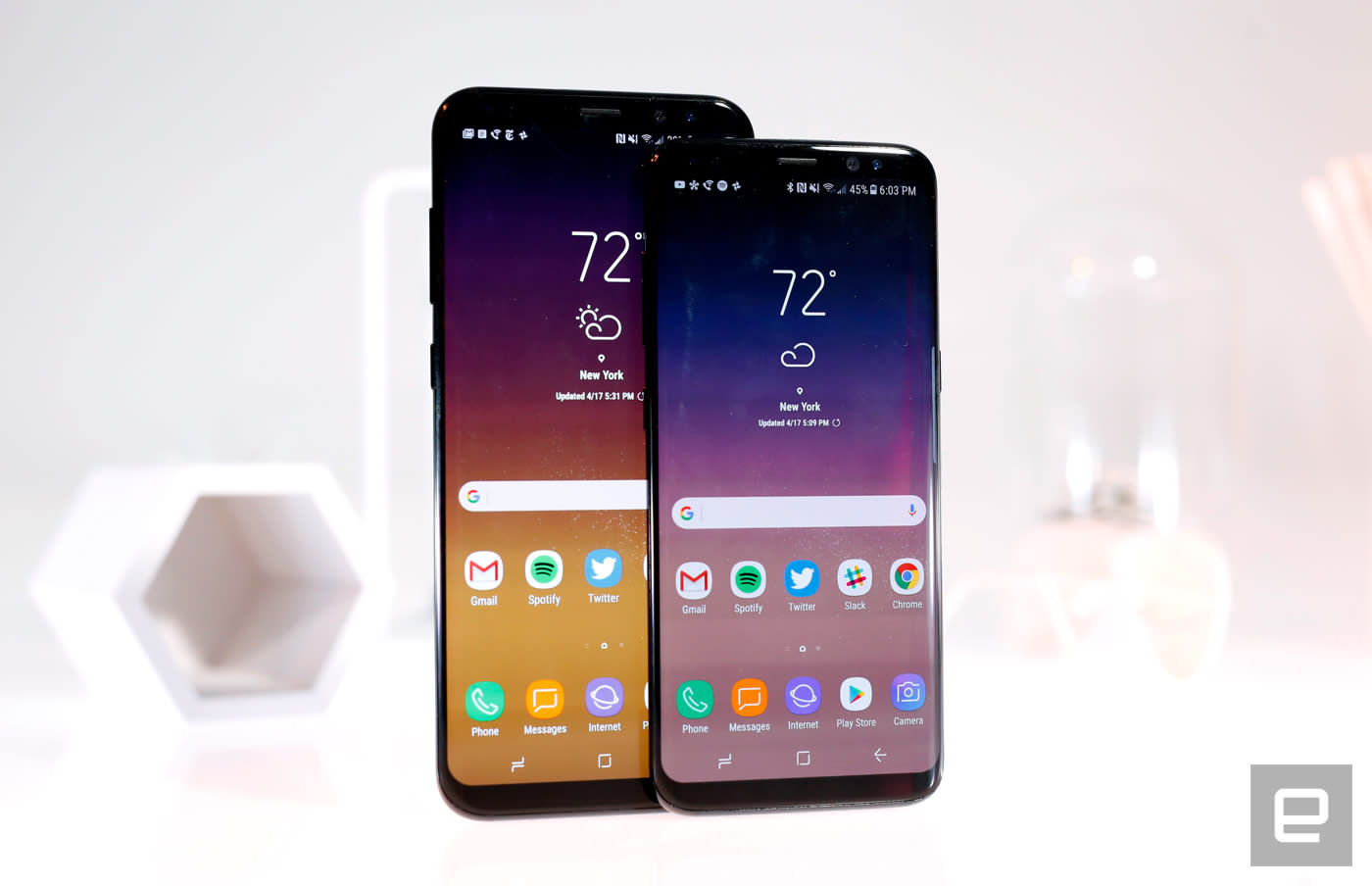 You might not have to wait until Samsung's customary spring event to get a look at the next flagship Galaxy phones. A source talking to well-connected leak writer Evan Blass claims that Samsung will preview both the Galaxy S9 and the upsized Galaxy S9 Plus at CES in January. There would still be a formal launch event in March, but you'd get a hint of what to expect a little early. It's not certain why Samsung would do this, but it might be to get ahead of leaks and manage expectations. It probably doesn't want iPhone X-style leaks where you know most of the details before the company has said a single word.

With that said, there might not be as much reason to get excited in 2018. If the S8 was a "tick" where Samsung reinvented its design, the S9 is reportedly a "tock" that refines the formula.

Both S9 variants would keep the familiar (if still very eye-catching) 5.8- and 6.2-inch curved displays, 64GB of expandable storage and, yes, a 3.5mm headphone jack. Instead, they'd be refinements. Both would gain AKG-badged stereo speakers, a 10-nanometer processor (possibly the rumored Snapdragon 845) and a rear-mounted fingerprint reader that's actually in a convenient position. No more smudging your camera when you try to sign in, folks. And unlike this year, where the S8 and S8 Plus were virtually interchangeable beyond their size, there would be extra reasons to get the S9 Plus -- you'd get more RAM (6GB versus 4GB) and a second rear camera. There wouldn't be much reason to get the Galaxy Note 8 beyond its pen, as valuable as that can be.

Also, Samsung would still be committed to its phone-as-PC DeX dock. The 2018 dock would ditch the vertical cradle in favor of laying your phone flat to use the touchscreen as a trackpad or virtual keyboard. If so, that could significantly lower the cost of hopping on the DeX bandwagon by reducing the need for a keyboard, mouse or both.

In this article: android, ces, ces2018, galaxys9, galaxys9plus, gear, mobile, samsung, smartphone
All products recommended by Engadget are selected by our editorial team, independent of our parent company. Some of our stories include affiliate links. If you buy something through one of these links, we may earn an affiliate commission.