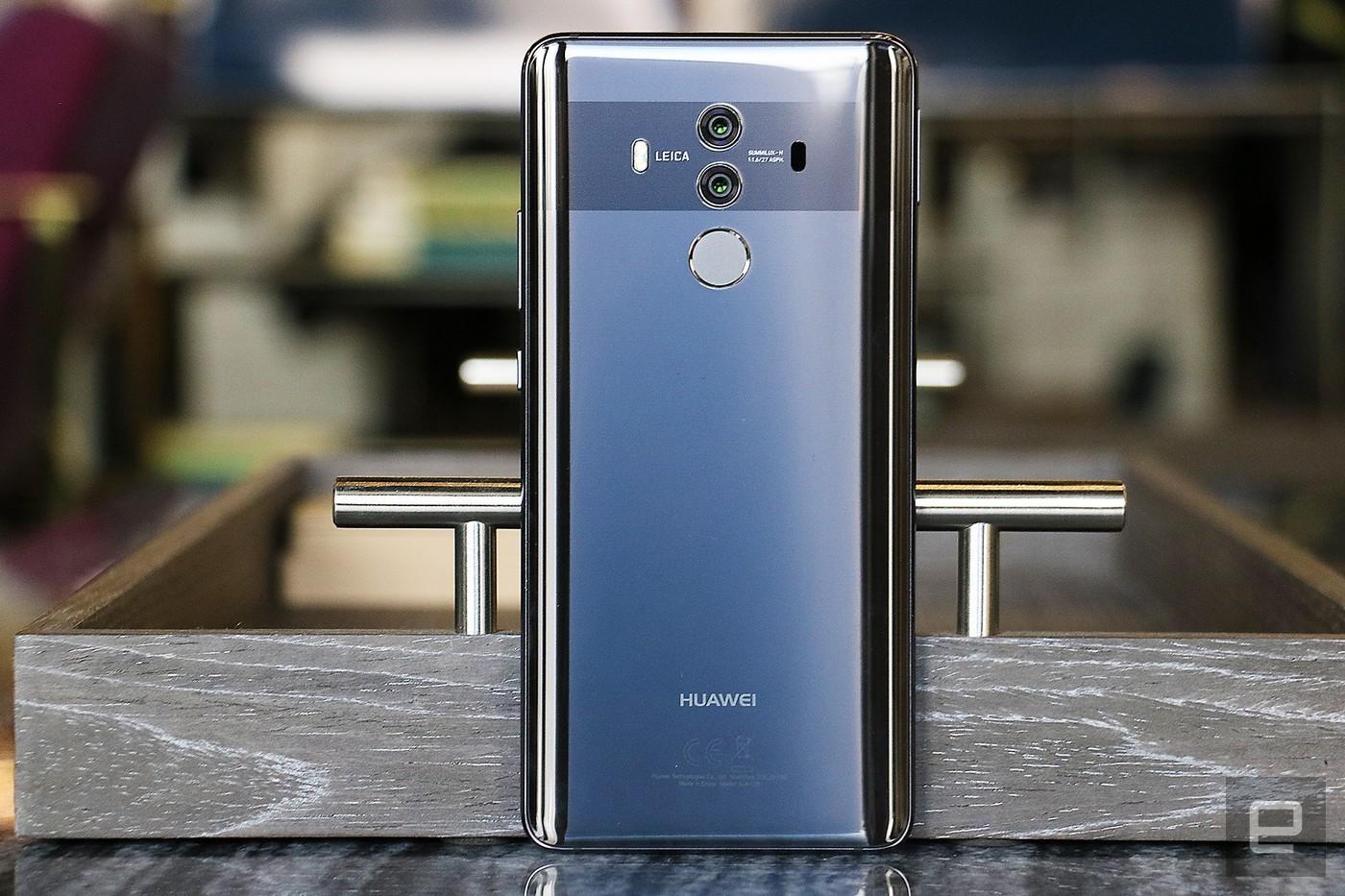 American carriers may have been pressured into dropping Huawei's Mate 10 Pro from their lineup, but you can now buy one independent of a carrier if you feel it didn't get a fair shake. Pre-orders for the company's flagship smartphone are available today at Amazon, Best Buy, B&H, Newegg and Microsoft. Blue and gray variants are available to order right now, with "mocha brown" coming soon. The handset still costs a fairly stiff $800, but Huawei is sweetening the deal -- if you order before the February 18th ship date, you'll get a $150 gift card at the store in question. Given that there's no native headphone jack, you might want to use that money to get a pair of Bluetooth headphones.

As before, the Porsche Design version of the Mate 10 Pro is also arriving on February 18th. It's functionally the same phone in most respects, but doubles the storage to 256GB and gives you a spruced-up all-glass shell. Every version available in the US has a 6-inch, 2,160 x 1,080 AMOLED screen, Huawei's in-house Kirin 970 octa-core processor, 6GB of RAM, dual rear cameras (one 12MP, one 20MP) and a front 8MP cam. The hook, as always, is a dedicated AI processing unit that accelerates tasks like image recognition and translation.

This wasn't how things were supposed to go for Huawei. It was originally expected to offer the Mate 10 Pro through AT&T, making it the first Chinese phone vendor to get a US carrier deal for a flagship phone, with all the advertising that comes with it. Congress, however, was reportedly so wary of Chinese surveillance (without firm evidence it was present on Huawei's phone) that it pushed AT&T to drop the handset. The pre-orders are great if you're tired of the usual smartphone choices, but they represent a consolation prize for Huawei -- it was hoping for much more.

In this article: android, emui, gear, huawei, mate10pro, mobile, smartphone
All products recommended by Engadget are selected by our editorial team, independent of our parent company. Some of our stories include affiliate links. If you buy something through one of these links, we may earn an affiliate commission.