There aren't enough apps using the neural-processing unit for the benefits to be clear.

Let's face it: The AI hype train isn't going away, and soon all our devices will be run by artificial intelligence. While Apple's answer to the AI takeover is to just call its new A11 processor "Bionic," Huawei has taken a more concrete approach. The company embedded a neural processing unit (NPU) on its Kirin 970 chip, which it claims can run AI tasks faster and with less power than others. The newly launched Mate 10 Pro is the first phone to use the Kirin 970, and it's meant to demonstrate the wonders of deeply embedded AI. So far though, it's a capable, well-designed phone that has yet to fully explore what a dedicated NPU can do.

When Huawei asked a group of reviewers what we wanted from AI, I didn't have a real answer, though my peers pointed out things like natural linguistics and battery management. But after a few days with the Mate 10 Pro, I've realized what I want.

My ideal AI would basically be able to predict what I wanted based on how and when I'm using my phone. For example, if I'm holding my phone up at eye level in my apartment at about the same time every day, I'm most likely starting one of my daily selfie sprees. It should know then to automatically activate (or at least suggest) the Portrait mode on my front camera and even take a series of photos when I push one button. It gets tiring having to keep pressing the volume down button to take dozens of pictures.

The Mate 10 Pro doesn't live up to my unrealistic expectations, but it marks a step in the right direction. The phone can recognize things you're pointing the camera at, like food, pets, flowers or buildings, and adjusts settings like ISO, shutter speed and saturation to make your photos look good. For now, the Mate 10 Pro identifies only 13 scenes, but Huawei says it will continue adding situations that the phone will recognize.

In other words, the Mate 10 Pro is smart enough to be both camera and photographer. That is, in theory. While the Mate 10 Pro does take lovely pictures that are bright, sharp and accurately colored, I suspect that has more to do with its camera hardware than clever AI. The two cameras on its rear both feature an aperture of f/1.6 -- the widest yet on a smartphone (tied with the LG V30). That hardware not only allows for clearer pictures in low light, but also creates a pleasantly shallow depth of field.

When I compared pictures I took in manual mode to those where the AI decided what settings to use, I had a hard time seeing a difference. My photos of flowers appeared as saturated whether the AI was at work or not, and the depth of field looked the same either way. The main difference I saw was a stronger bokeh effect applied by the AI. I guess this is kind of the point -- the AI is as good as I, a human, am at determining the best settings.

Although the Mate 10 Pro's tweaks aren't very noticeable, its scene-recognition is mostly quick and accurate. However, some situations stumped the Mate 10 Pro, like my messy dinner of chicken covered with onions and peppers in a chili paste. Then there are the many objects that the phone can't identify yet -- like a group of players on a basketball court or a pair of pretty shoes. Huawei also needs more data before the phone can learn the best settings for those situations -- whether it be bumping up the shutter speed to capture fast-moving soccer balls or producing shallower depth of field around shoes. The company said it will keep analyzing pictures (not user-generated) in the cloud and push out software updates to continually improve its camera software. No, Huawei isn't spying on your photos -- these are pictures it got elsewhere (the company hasn't told us the source). 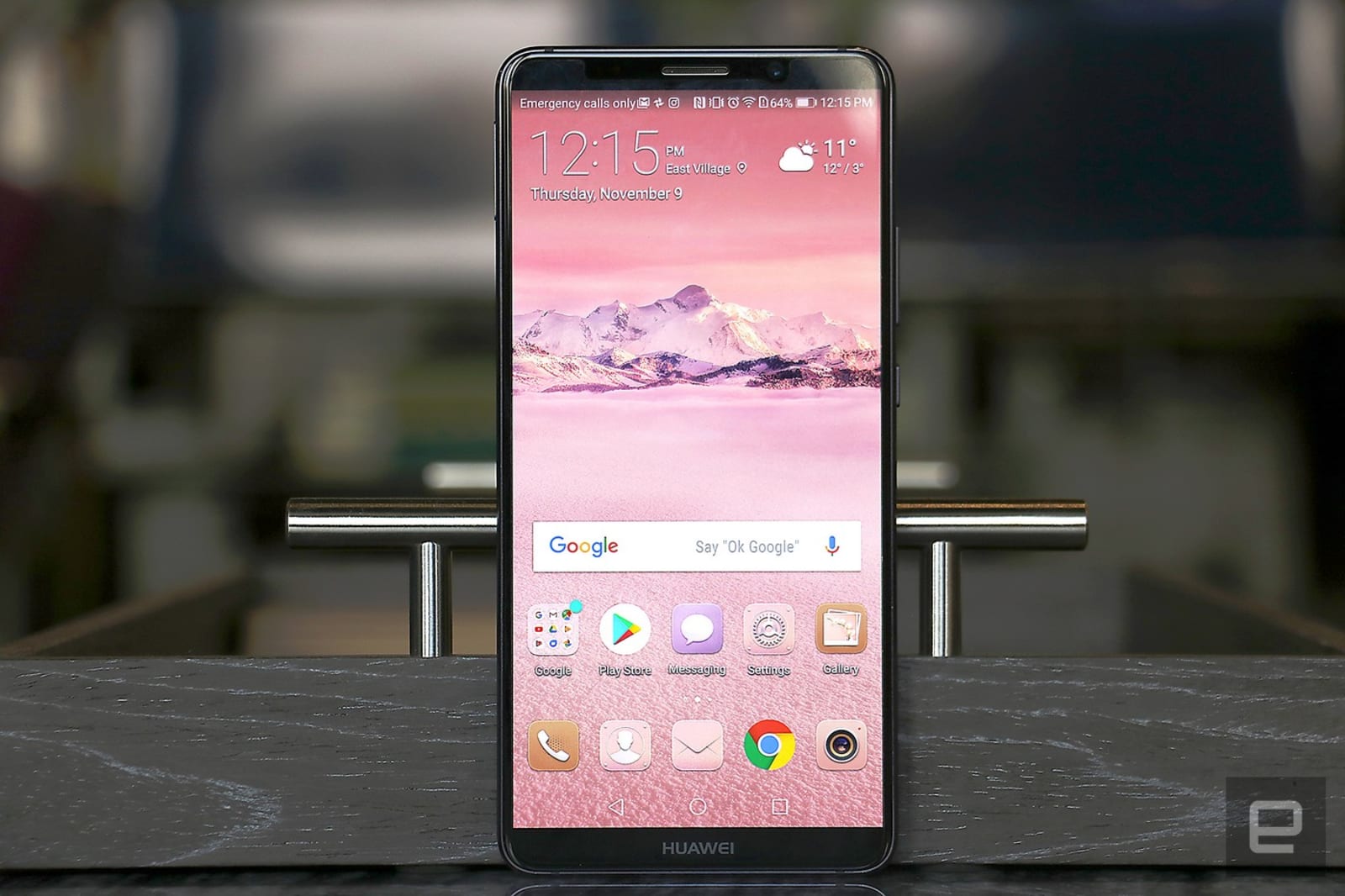 The AI is absent on the front camera, but I still loved the selfies I took with the Mate 10 Pro. Huawei's Portrait Mode uses face-detection instead of depth-sensing like the iPhone X, which creates a softer depth of field that's sometimes less defined than Apple's. But the pictures from Huawei's phone are more flattering. The iPhone X's Portrait Mode selfies are so sharp that every imperfection and stray hair is obvious.

The primary benefit of having a dedicated neural-processing unit on the phone's CPU is that machine-learning tasks can be executed quicker. Things like image-recognition or language translation can be carried out in tandem with other general functions so your phone shouldn't slow down just to find the 3,500th picture of your cat's face. With Huawei's Kirin 970 chip, app developers can tap into the NPU by using either the Kirin API or popular machine learning frameworks like Google's Tensorflow or Facebook's Caffe 2.

The problem is, not many apps have done this. So far, only Huawei's own camera software and Microsoft Translator tap the NPU for improved performance. The latter comes preinstalled in the Mate 10 Pro, by the way, and only its image-based translating tool is optimized right now. I took a picture of the phrase "You're so pretty" in Mandarin, and barely a second later Translator told me it meant "You're beautiful." Close enough. Subsequent attempts with the same printout yielded dubious results, though, with the app often translating the words to "Hello, Drift." This is more likely an issue with Microsoft's engine than the Mate 10 Pro. 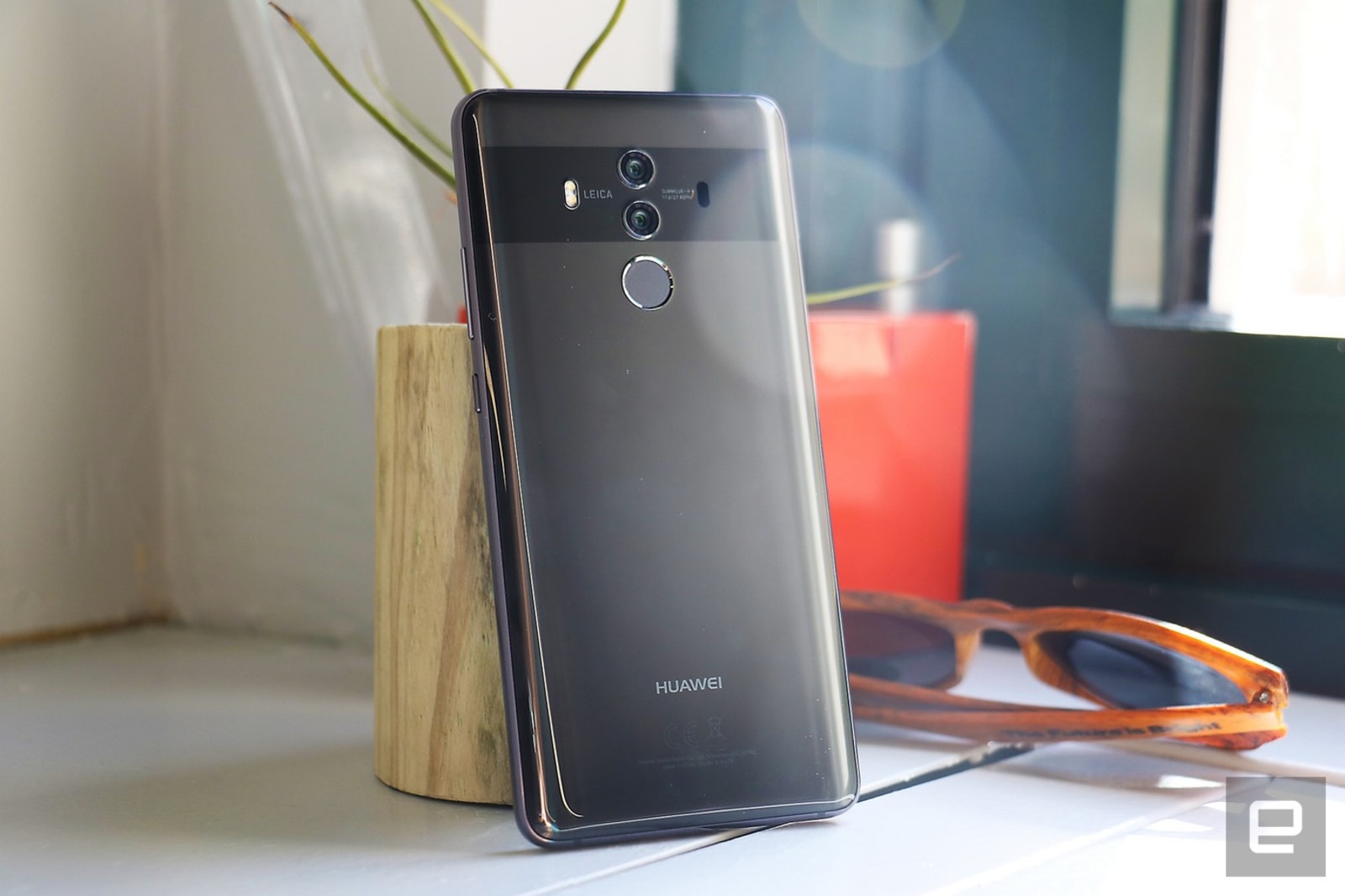 I tried the same thing out on a Galaxy Note 8 and an iPhone 8 Plus. All three phones performed within half a second of each other -- with the Huawei frequently finishing the fastest. Sometimes the iPhone took the lead, but for the most part none of them lagged far behind the rest.

Aside from its camera and the Translator app, the Mate 10 Pro also uses AI to learn your habits over time so it can pre-allocate resources to the apps it thinks you'll launch next. From my few days using the phone, it's hard to judge how effective this has been, but the Mate 10 Pro certainly keeps up with my incessant selfie-taking, Instagram bingeing and light emailing.

So far, the Mate 10 Pro has too few AI integrations for me to really notice the benefits of a dedicated NPU. It's a sleekly designed handset, though, and I love showing off the attractive "Signature" stripe on its elegant, shiny rear. The epic battery life is also a bonus. It easily gets through two days on a charge, and I can go four days without plugging it in under extremely light usage. I wish its display were sharper than 1080p, but that's a minor complaint. Since Huawei hasn't shared the US price and availability, I can't definitively say if the Mate 10 Pro is a better deal than its competitors. But it's an intriguing preview of the good that can come from a phone powered by AI.