BlackBerry KEY2 hands-on: A stylish approach to privacy and multitasking

It's a more powerful, more premium take on the KEYone formula.

Last year's BlackBerry KEYone was a love letter to fans as much as it was a capable smartphone, but I think we can all agree it wasn't perfect. It was chunky. Performance was purely adequate. The keyboard some getting used to, even for long-time BlackBerry fans. It's little surprise that TCL — the Chinese company in charge of building BlackBerrys now — would try to address all those issues. What is surprising is just how elegant the end result wound up being. We recently spent a little time with the just-announced BlackBerry KEY2, and while it's still clearly not for everyone, this is the most capable, polished attempted at an Android-powered BlackBerry yet.

Oh, and did we mention it looks fantastic? The KEYone had sort of a rounded, chubby, friendly vibe to it, but the KEY series design grew up in a big way. With a body made of glass and Series 7 aluminum, the KEY2 looks and feels dramatically more modern than the model that came before it. (For those already mulling a purchase, the KEY2 comes in silver and a black finishes.) As with last year's model, there's a volume rocker and sleep/wake on the phone's left side, mounted directly above the mappable convenience key. TCL thankfully hasn't ditched the headphone jack (found on top of the phone), but it did away with the speckled rear finish from the KEYone in favor of a soft, knurled plastic. It's really quite nice. 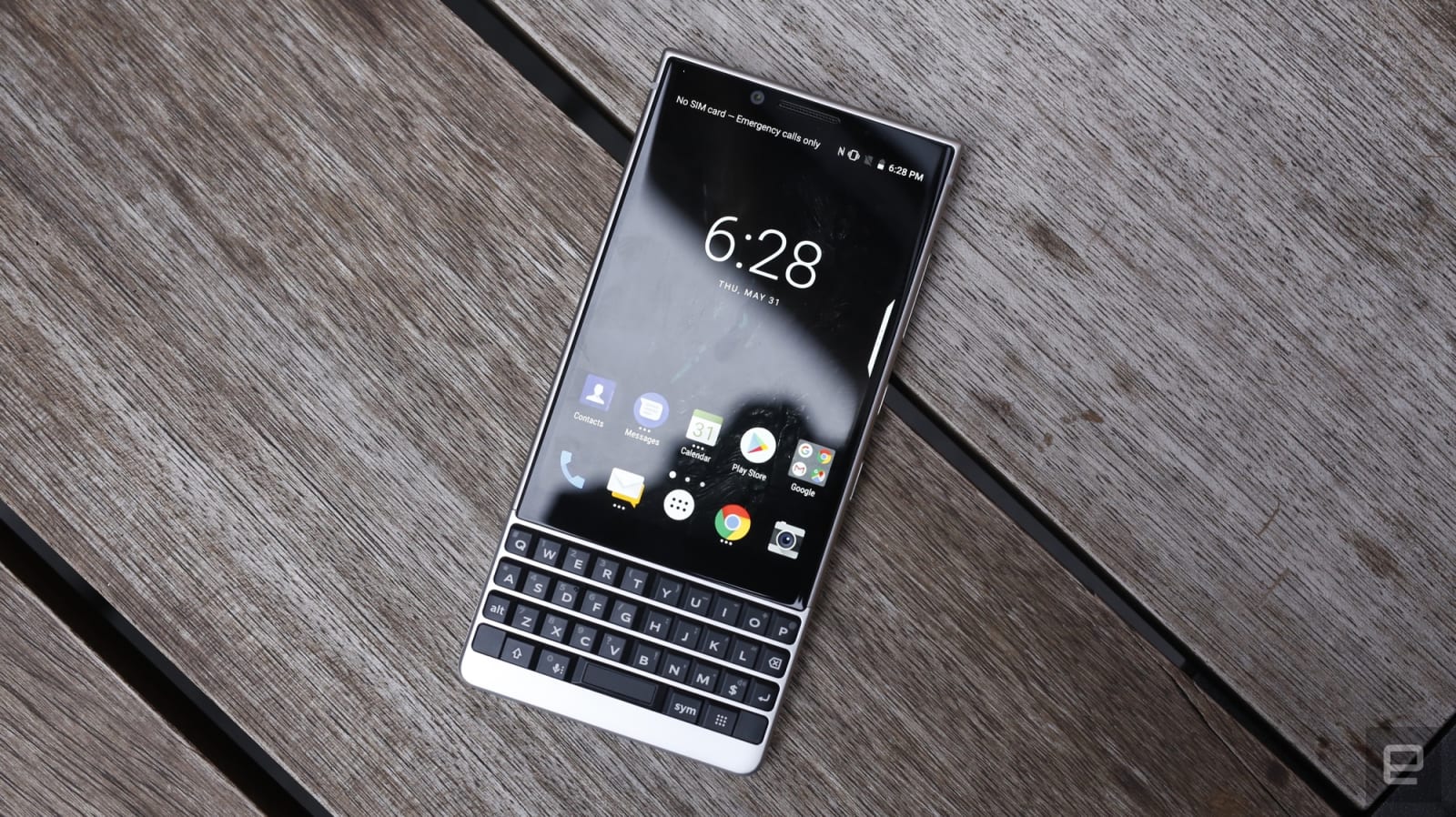 The KEY2's 4.5-inch display hasn't changed much since last year — it still runs at the oddball, 3:2 resolution of 1620x1080 and feels a little cramped compared to the competition. Compounding the issue is the fact that we've seen smartphone screens get even longer and more spacious lately. Suffice to say, if you're looking for a stunning media machine for watching movies and playing games, the KEY2 probably isn't right for you. That said, it does pack some extra, much-needed horsepower in the form of a Snapdragon 660 chipset with 6GB of RAM inside. While we're still not looking at full, flagship-grade power here, launching and jumping between multiple running apps was much, much smoother than it ever was on the KEYone.

Even better, the base model KEY2 comes with 64GB of internal storage, up from the 32GB available on the entry-level KEYone. (There's a 128GB option available, too, but you could always just beef up the 64GB model with a microSD card.) Beyond that, the 3,500mAh battery inside should get you about two full days of use from a single charge — an included Power Center app tries to help boost the phone's longevity by offering options to improve your battery life. 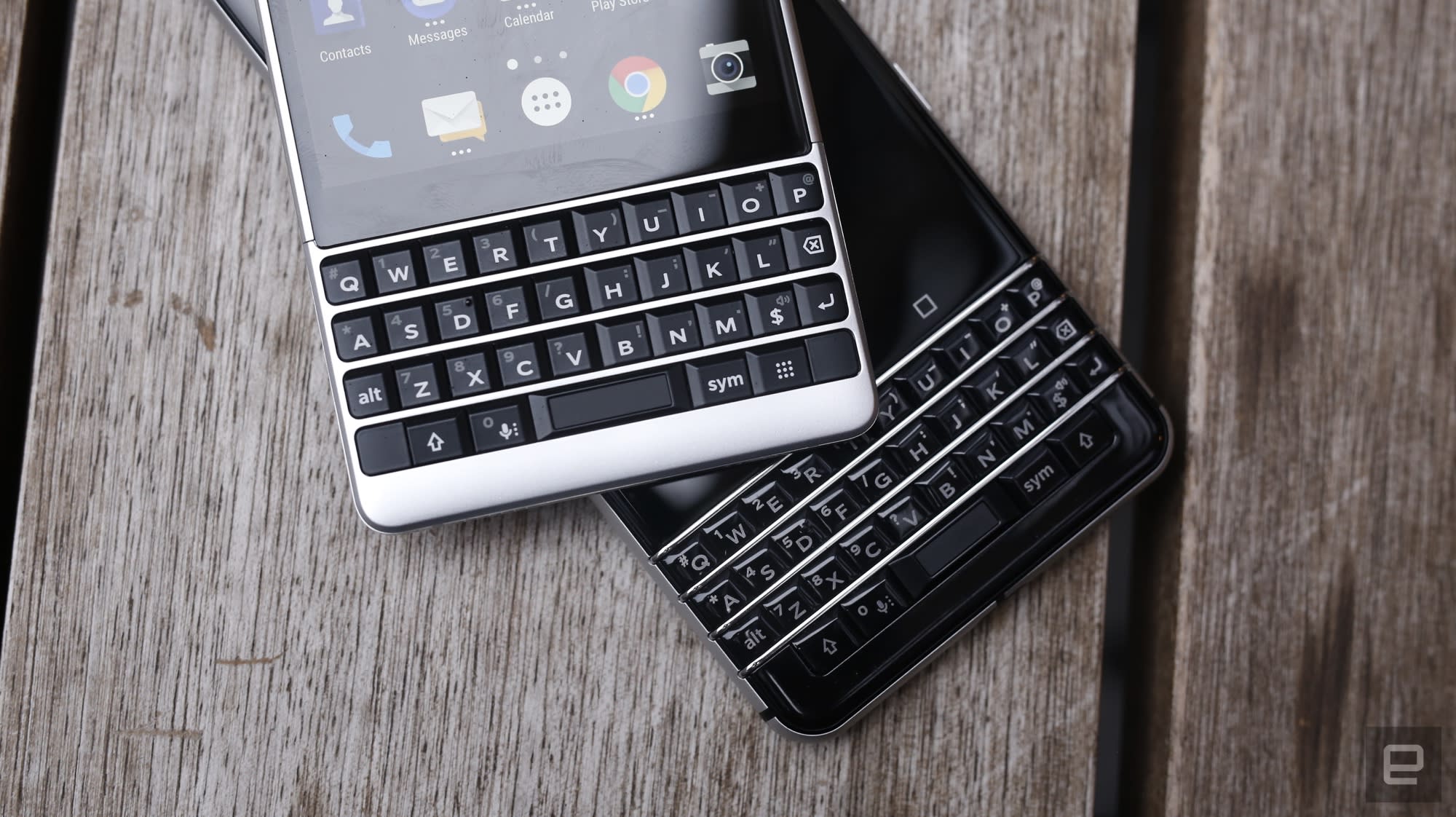 And of course, we need to talk about the keyboard. TCL maintains that there's a considerable chunk of people out there who never wanted to give up physical keyboards in the first place, and after a bit of hands-on time, I can comfortably say this keyboard is a huge improvement over last year's. Just look at these keys: they're a touch bigger and much flatter than the KEYone's, and they're much more pleasant to type on as a result. I used to do a lot of starting and stopping while using the KEYone's keyboard because the raised keycaps made touch-typing more difficult than I expected. After a few minutes of playtime, though, the KEY2's layout felt instantly familiar, not to mention more conducive to pure speed. It certainly doesn't hurt that the keyboard's flatter profile makes it easier to swipe up on the keys when the phone offers the correct word suggestion. The redesign doesn't end there, either.

For the first time in years, there's a new key on the BlackBerry keyboard. Tucked away in the bottom right corner of the keyboard is a button with a 3x3 arrangement of dots — BlackBerry calls that the Speed key, and the name fits because of how fast it makes multitasking. One of the best things about the KEYone and KEY2 was that every key letter on the keyboard can act as a shortcut to either an app or an action — say, composing a new email or toggling WiFi on and off. The problem with the KEYone was, you couldn't use those keyboard shortcuts while you were inside another app. The Speed key fixes that — just hold it down and hit your keyboard shortcut of choice. It lets you very quickly jump from app to app without having to open the launcher or the recent apps view, and using it is the sort of revelatory experience you could only get from a phone with a physical keyboard. It's that helpful. 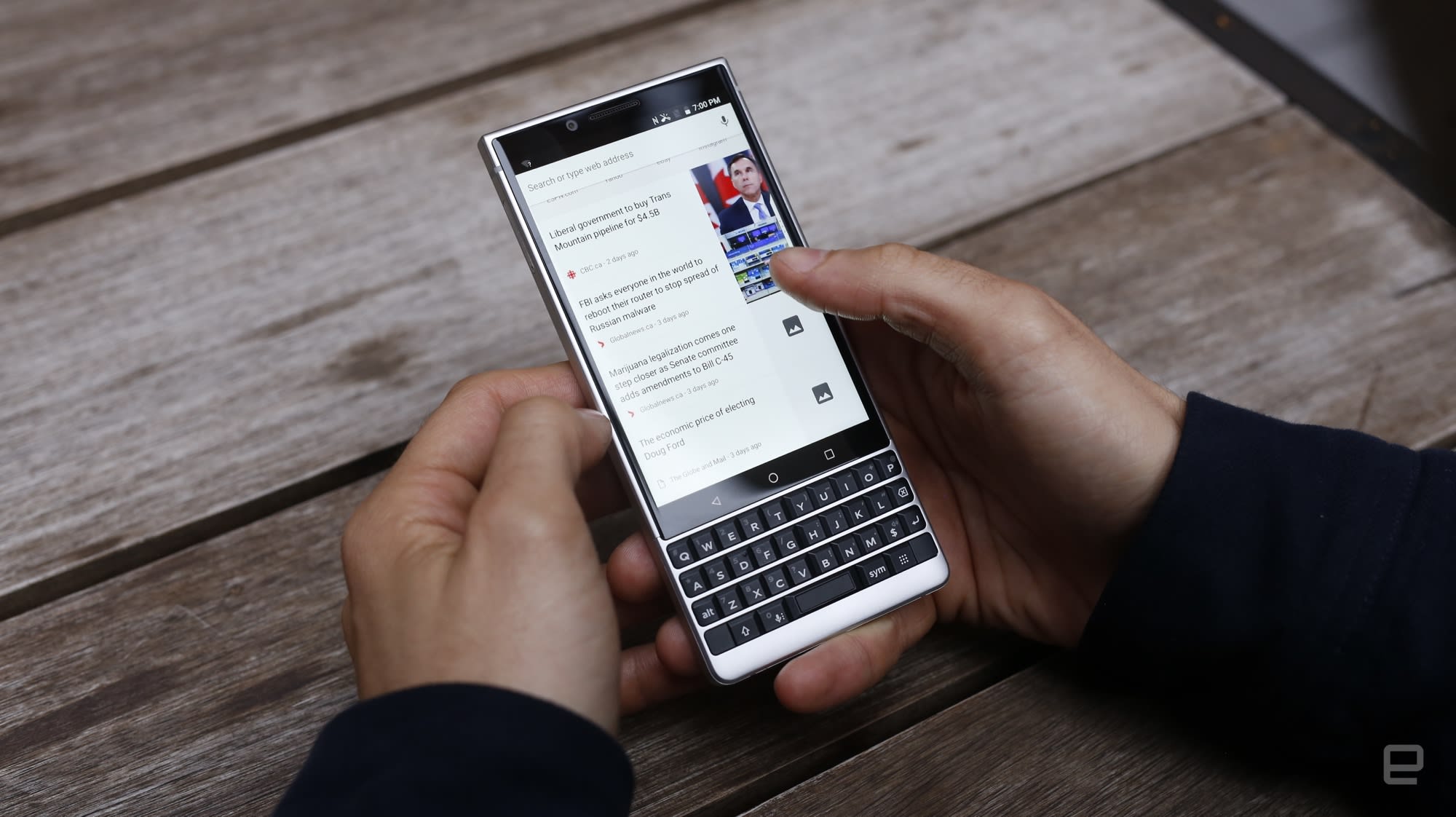 On some level, it feels as though the BlackBerry KEY2 might be the right device at the right time. You might not have been personally affected by all-too-regular data breaches, but the events surrounding Facebook and Cambridge Analytica have forced a lot of us to think more pointedly about how safe our data is. BlackBerry's approach to software reflects a larger trend of thoughtfulness around how we want our information to be collected and stored. Just look at DTEK, that app that tells you how secure your phone is (or isn't). It now has a more straightforward design, but — more importantly — it's also more proactive about letting you know when apps try to access specific sensors on your phone. It'd be weird if, say, a calculator app tried to quietly access your camera or your microphone, right? The new DTEK offers notifications alerting to you those kinds of potentially shady moves, and you can define what sensors you want to get notifications for. And BlackBerry's Locker, a secure space where you could store your files, now lets you hide apps too — you'll need to use either your PIN or the fingerprint sensor in the space bar to access the goods.

Now, our hands-on time also left us with a few unanswered questions. Consider the dual camera around back: it's the first time this kind of camera system has ever appeared on a BlackBerry, and it pairs two 12-megapixel sensors mounted side by side for features like portrait mode and enhanced zoom. The results of my impromptu shooting sessions were purely fine — not amazing, not awful, just fine. I had higher hopes for the cameras after being mildly disappointed by the KEYone, but the units we tested were still running non-final software so there's hope the retail-ready models will perform better. We're also really curious to see if the improved design, enhanced keyboard and more fine-grained control over data privacy strikes more of a chord with people now than it did before. Thankfully, we won't need to wait too long: the phone officially drops this month with prices starting at $649.

All products recommended by Engadget are selected by our editorial team, independent of our parent company. Some of our stories include affiliate links. If you buy something through one of these links, we may earn an affiliate commission. All prices are correct at the time of publishing.
BlackBerry KEY2 hands-on: A stylish approach to privacy and multitasking
blackberry
gear
hands-on
key2
mobile
preview
smartphone