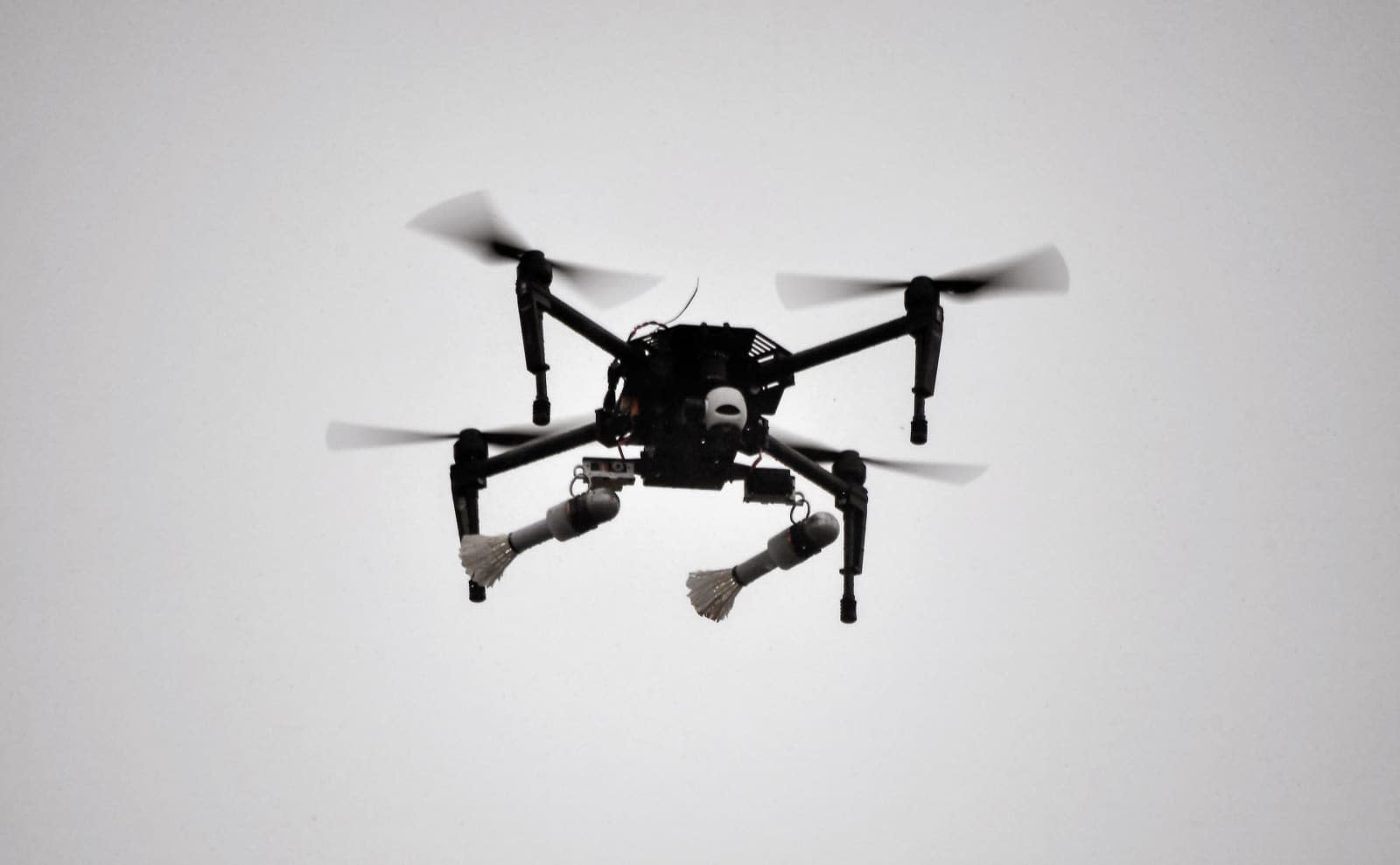 The Senate is currently considering a bill that would give the Department of Homeland Security more power to research, surveil, seize and destroy drones flying in the US, Gizmodo reports. Yesterday during a hearing, DHS officials expressed support for the bipartisan legislation, saying current laws prevent the agency from effectively mitigating the potential threats presented by drones.

DHS Deputy General Counsel Hayley Chang said yesterday that laws like the Wiretap Act, the Pen Trap Act, the Computer Fraud and Abuse Act and the Aircraft Sabotage Act limit what measures the agency can take when it comes to drones that pose a risk to US security and in its written introduction, DHS said, "Legal uncertainty also impedes the department's ability to research, develop and test [counter-unmanned aircraft system (CUAS)] technologies for eventual CUAS operations by our authorized users. Under current legal constraints, only a very small number of technologies can be employed to detect and track UAS and none can be employed to disable/mitigate UAS in our homeland."

As for why it needs more leeway when it comes to drones, DHS pointed to activity taking place in other countries that could threaten US security. "Overseas, terrorist groups and criminal organizations use commercially available UAS to drop explosive payloads, deliver harmful substances and conduct illicit surveillance," said the agency. It also noted the use of drones to transport drugs across the US/Mexico border, to interfere with and avoid US law enforcement and to exploit unsecured networks and devices.

However, the legislation, which would allow DHS and the Department of Justice (DOJ) to monitor drones, intercept their communications, take control over them, disrupt control over them, seize, disable and destroy them, has some concerned over its unchecked reach. The ACLU sent a letter to the Senate Homeland Security and Government Affairs Committee, opposing the bill. The organization said that it contains "insufficient protections to ensure that such authority is not used arbitrarily, abusively or unnecessarily, and would permit conduct that raises privacy and due process concerns."

Specifically, the ACLU noted that the legislation could allow DHS and the DOJ to take extreme actions when not called for and seize private property without due process or clear wrongdoing. It said the bill also fails to include oversight and accountability measures that would prevent abuse on the part of DHS or the DOJ.

"While the potential security threat posed by drones is real and the need to protect certain facilities is legitimate, strong checks and balances to protect property, privacy and First Amendment rights are vital," said the ACLU. "S.2836 lacks such measures. The bill amounts to an enormous unchecked grant of authority to the government to forcefully remove drones from the sky in nebulous security circumstances."

In this article: bill, DepartmentOfHomelandSecurity, DepartmentOfJustice, drones, gadgetry, gadgets, gear, legislation, politics, security, senate
All products recommended by Engadget are selected by our editorial team, independent of our parent company. Some of our stories include affiliate links. If you buy something through one of these links, we may earn an affiliate commission.