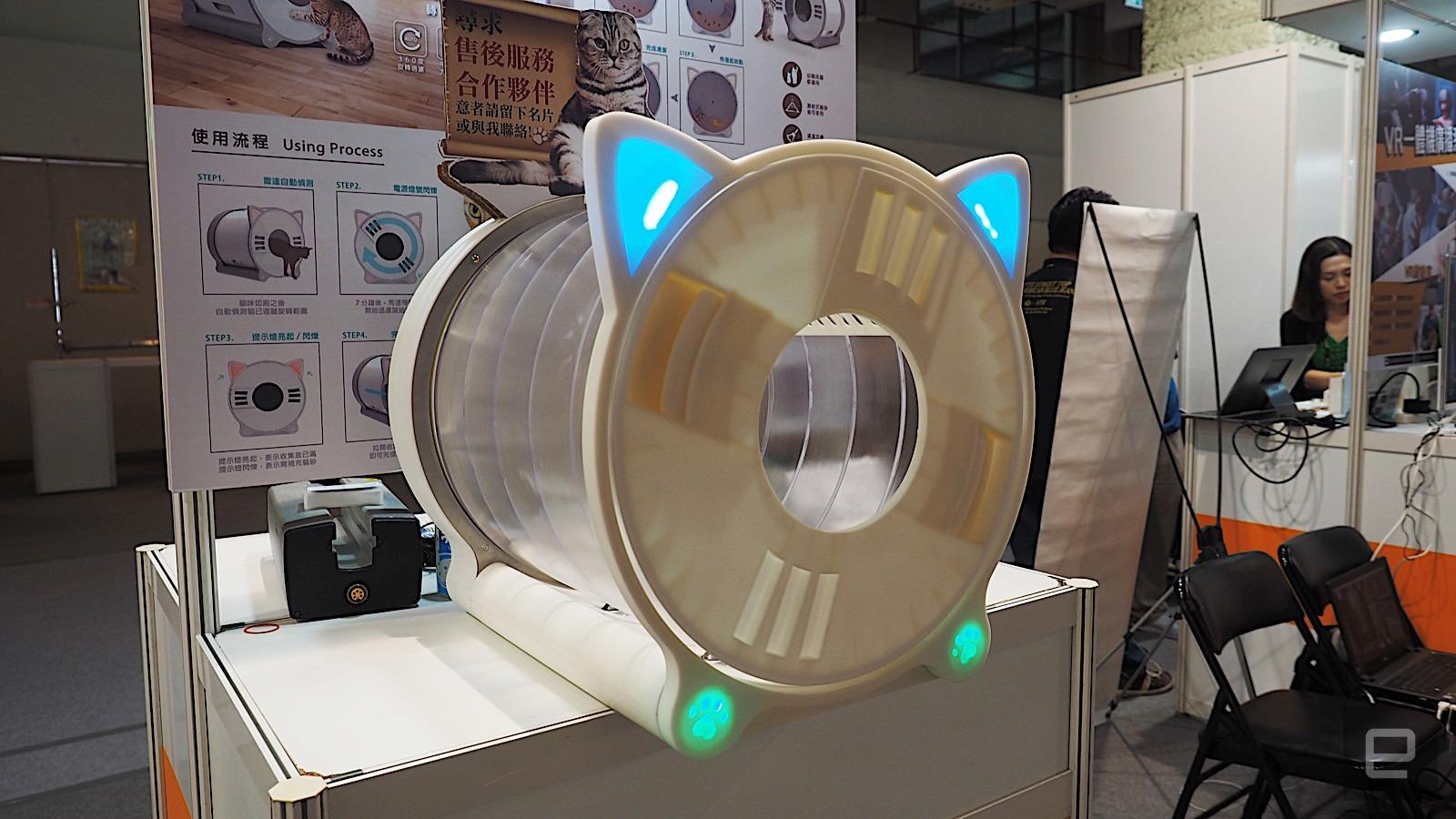 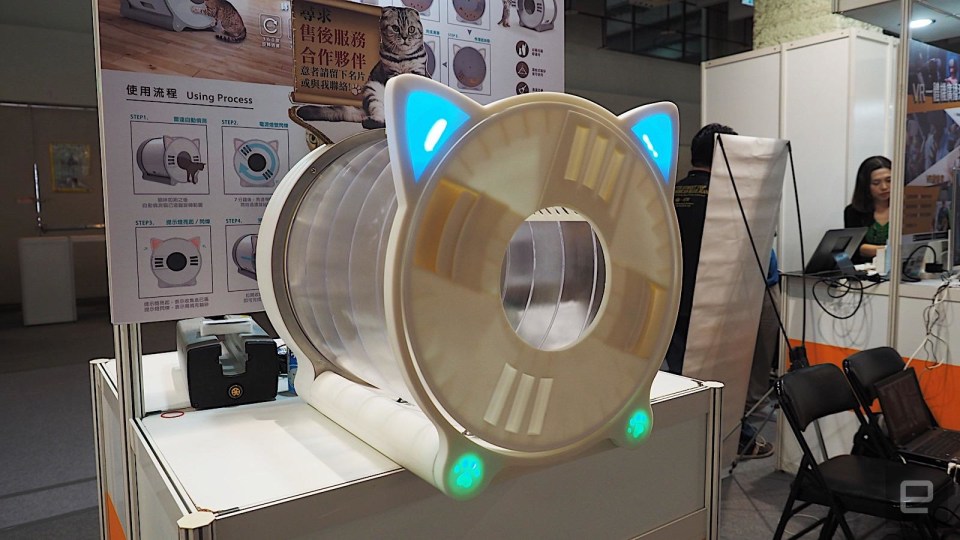 I love my cat. She's cute, cuddly and I think she's adorable when she's playing with string or chasing after a stuffed mouse. But the one thing about owning a cat that I'm definitely not a fan of is cleaning up her poop. It's stinky, it's messy and did I mention it's stinky? I've played around with the idea of getting an automated self-scooping litter box, but I may have come across something much more colorful -- and a tiny bit more terrifying -- here at Computex 2018. It's a cat-eared litter contraption that rotates and spins to collect your kitty's poop.

No, don't worry, your cat won't spin inside it. According to the signs on display at the Wise Rhyme IOT booth, the idea here is that your kitty will go in, do her business, and jump out. It has motion sensors to know when your cat is far enough from harm's way, and about seven minutes later, the machine's mechanism will kick in. It'll rotate around to essentially filter the clumped mess into a receptacle, which you can then remove and dump out.

Litter box of your nightmares pic.twitter.com/vZFhUz16kc

I didn't get to see the actual litter collection demo take place, but I did see a prototype of the machine rotating around. Along with circulating the supposed litter, there are LEDs in the ears and paws that light up in green and blue as it rotates. Of course.

Practically, this might not make a whole lot of sense. For one thing, it might be a little too small for my large 10-pound cat, and the other is that, well, it looks pretty scary. Plus it doesn't seem like this litter bot is for sale -- they're still looking for vendor partners at the moment. But hey, at least it'll make litter cleaning that much more exciting.

In this article: cats, computex, computex2018, gear, home, litterbox
All products recommended by Engadget are selected by our editorial team, independent of our parent company. Some of our stories include affiliate links. If you buy something through one of these links, we may earn an affiliate commission.