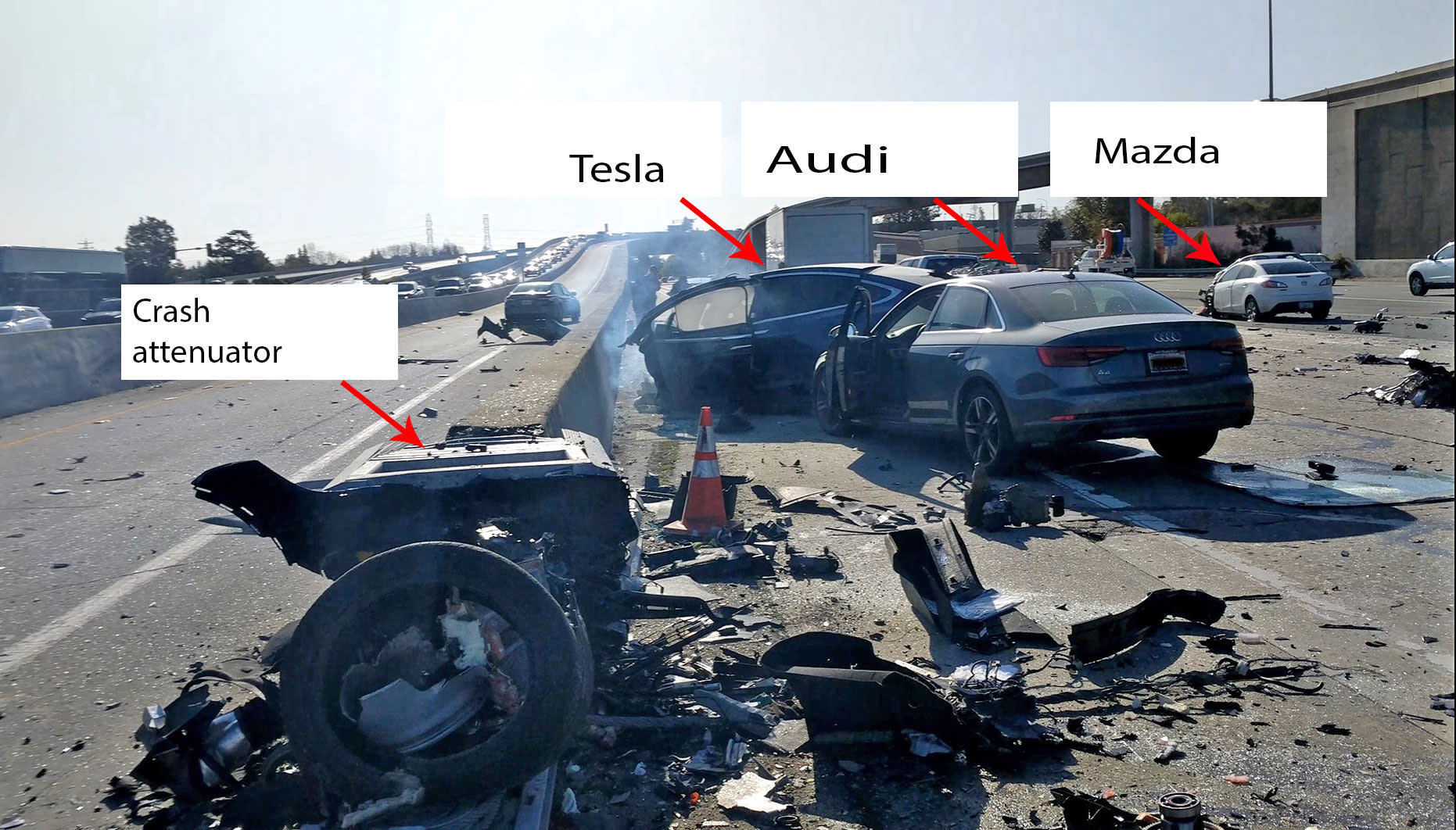 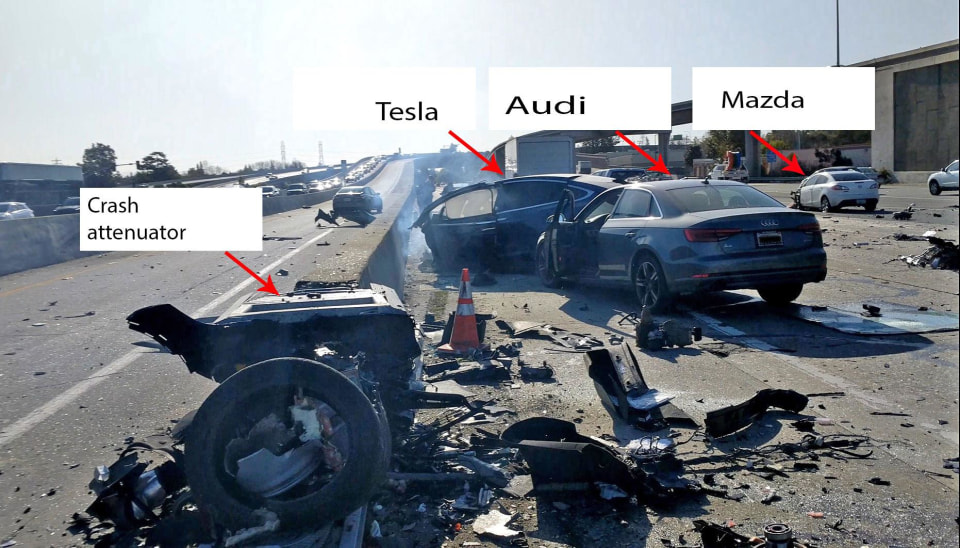 The NTSB released its preliminary investigation report concerning the fatal Tesla crash that occurred on March 23, 2018 in Mountain View, California today. The agency does note that the report is subject to change.

During their investigation and with data provided by the Model X involved in the crash, while in Autopilot mode the vehicle sped up to 70.8 miles-per-hour three seconds before the impact with a previously damaged crash attenuator.

Previous to the impact, the Tesla was tracking the vehicle in front of it in the carpool at 65 miles-per-hour eight seconds before the crash. Its adaptive cruise control was set at 75 miles-per-hour. After the collision, the NTSB states:

The Tesla was subsequently involved in collisions with a 2010 Mazda 3 and a 2017 Audi A4. The Tesla's 400-volt, lithium-ion, high-voltage battery was breached during the crash and a post-crash fire ensued. The Tesla's driver was found belted in his seat and bystanders removed him from the vehicle before it was engulfed in flames. The Tesla driver suffered fatal injuries while the driver of the Mazda suffered minor injuries and the driver of the Audi was not injured.

The report also notes that the car was in AutoPilot mode for 18 minutes and 55 seconds ahead of the collision. During that time the car provided two visual and one auditory alert for the driver to place his hands on the steering wheel. These alerts occurred 15 minutes before the crash.

The NTSB closes out its preliminary report stating that major investigations and investigations involving fatalities are generally completed in 12 to 24 months.

In this article: autopilot, gadgetry, gadgets, gear, ModelX, ntsb, Tesla, transportation
All products recommended by Engadget are selected by our editorial team, independent of our parent company. Some of our stories include affiliate links. If you buy something through one of these links, we may earn an affiliate commission.