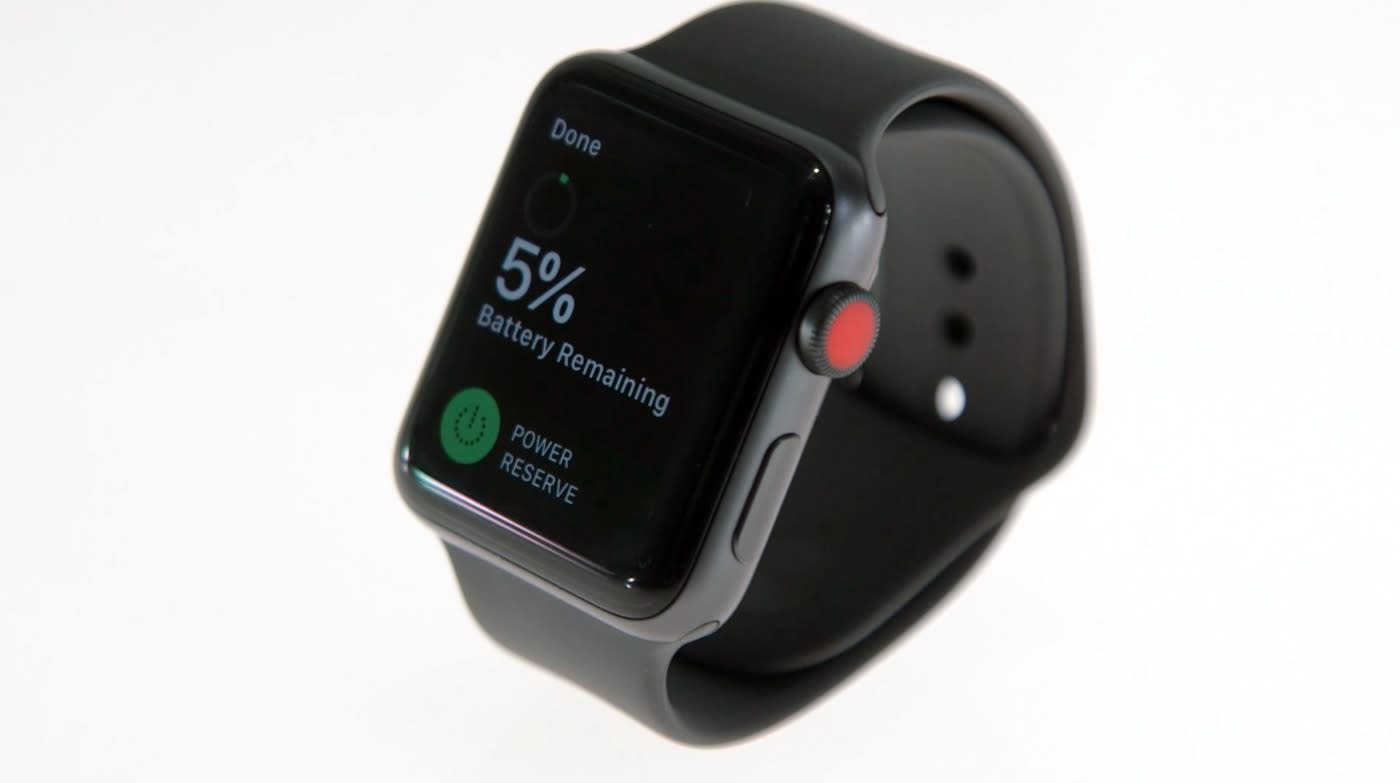 Now that the Apple Watch has built-in LTE, what could change in the next version? A rumor from Fast Company suggests that the Watch could follow Apple's "Force Touch" equipped laptops or iPhone 7 (and higher) models by making the button and digital crown "solid state" parts that don't actually move when clicked.

While the crown is still said to rotate freely, a click would be simulated by vibrations from the Apple Watch's Taptic Engine. Like the laptops and phones, removing a moving part could make the device more reliable, easier to build, increase space for important things like extra battery, and more. The other part of the rumor is that these buttons could also host sensors capable of health tracking, and push the device toward a future where it doesn't have any buttons at all. But first, the moving parts have to go.

In this article: apple, applewatch, forcetouch, gear, smartwatch, solidstate, tapticengine, vibration, wearables
All products recommended by Engadget are selected by our editorial team, independent of our parent company. Some of our stories include affiliate links. If you buy something through one of these links, we may earn an affiliate commission.