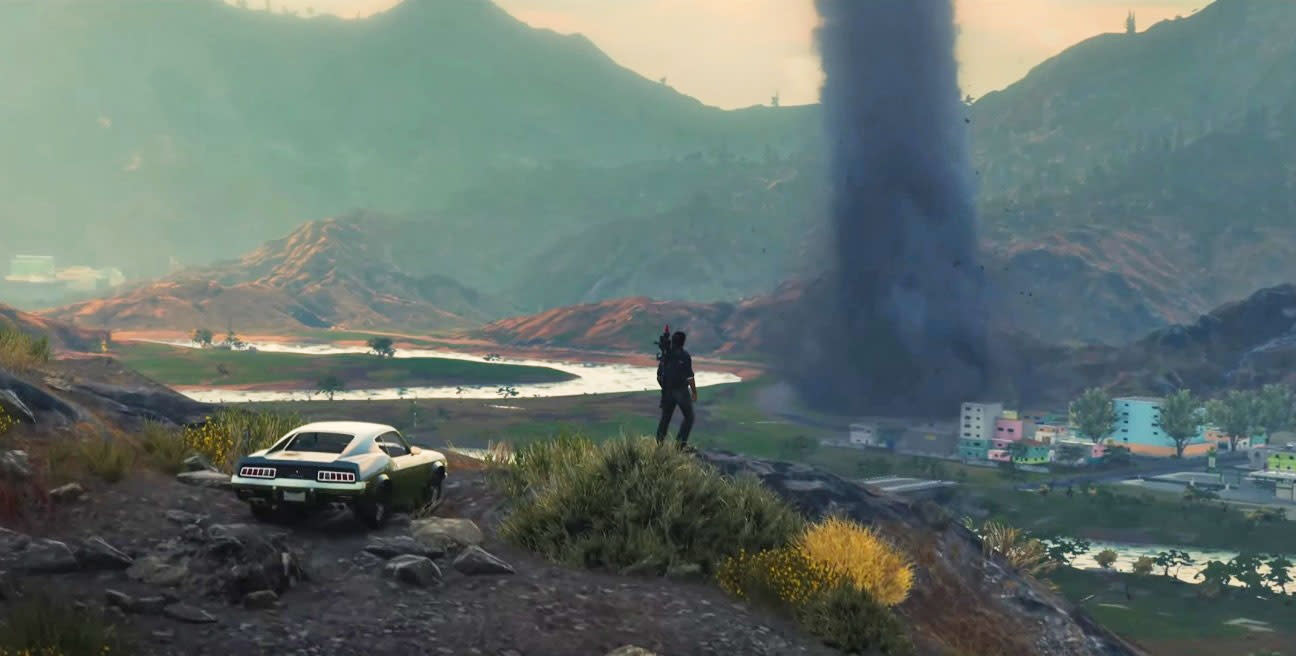 Square Enix brought more than just Kingdom Hearts to Microsoft's pre-E3 2018 press conference -- there's also Just Cause 4. Rico is back, once again parachuting into some disastrous warzone with both guns and attitude in tow. The quick trailer showed off some new-gen powered gameplay with plenty of driving, shooting, explosions and impressive weather effects as our hero plunged directly into a tornado. The game is scheduled for release December 4th on Xbox One, PS4 and PC, so at least that's one title we won't be waiting until Q1 2019 for.

While a gameplay trailer showed off Just Cause 4 at the event, you should look below for the "Welcome to Just Cause 4" video that goes in-depth with developers from Avalanche Studios (which is also behind the 80s-themed robot shooter Generation Zero) explaining what's new this time around. This time the game takes place on the home turf of a group that has been featured in previous games called The Black Hand. There will be four separate biomes included, and the concept of a "force of nature" plays a massive role. Rico's grapple hook is, of course, included, but there are even more physics-based tricks for players to mess around with this time.

In this article: av, AvalancheStudios, e3, e32018, gaming, justcause, JustCause3, JustCause4, SquareEnix, video, xboxone
All products recommended by Engadget are selected by our editorial team, independent of our parent company. Some of our stories include affiliate links. If you buy something through one of these links, we may earn an affiliate commission.