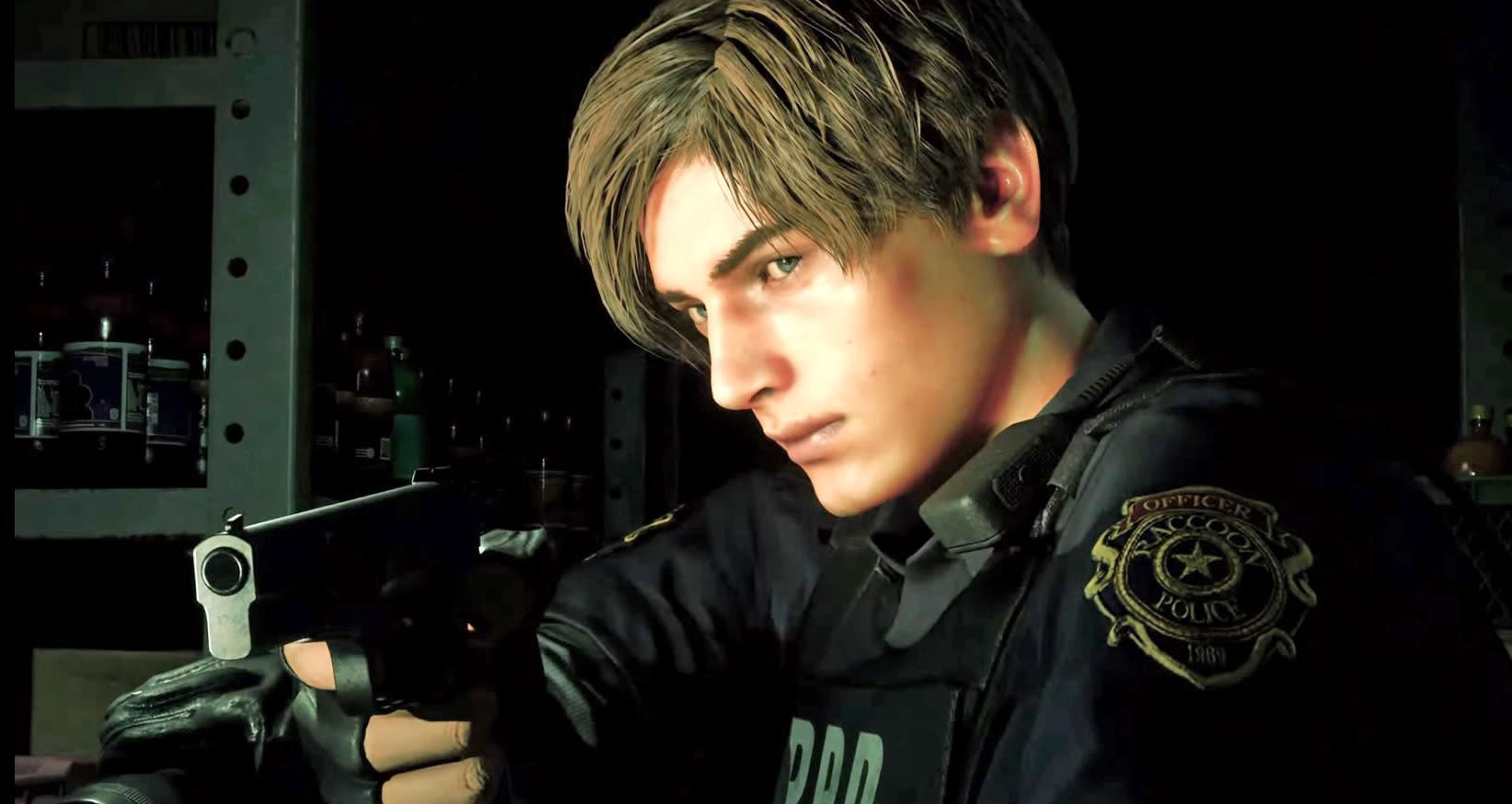 It's been 16 years since Capcom remade the first Resident Evil for Gamecube, but any plans to redo its lauded sequel fell by the wayside. But after last year's Resident Evil VII blew away fans and sales records, the time has come for a glorious return to Raccoon City. On Sony's E3 stage, Capcom revealed the remake for Resident Evil 2 is coming out on January 25th, 2019 for PS4, Xbox One and PC.

The trailer showed off much-missed protagonists Leon Kennedy and Claire Redfield, as well as glimpses of their respective antagonists, the trenchcoat-garbed Mr. X and heavily mutated William Birkin. While the game trailer debuted on Sony's stream, and the PlayStation account unhelpfully only announced that it would launch on PS4 next January, a later tweet by the official Resident Evil Twitter confirmed it's also coming to Xbox One and PC on the same day.

Welcome back to Raccoon City. Resident Evil 2 is coming to PlayStation 4, Xbox One, and PC on January 25th! Sink your teeth into more info: https://t.co/iuCa0d3XBG pic.twitter.com/t1WtNbvDTP

Update 1:23PM ET 6/12/18: As commenters helpfully pointed out, the Resident Evil 2 remake is also coming out on Xbox One and PC. Unfortunately, that announcement by the official Resident Evil Twitter account came out an hour after Sony announced that it was coming to PS4 (and failed to disclose other platforms) shortly after they ended their stream. We regret the misinformation.

In this article: av, capcom, gaming, ResidentEvil, ResidentEvil2
All products recommended by Engadget are selected by our editorial team, independent of our parent company. Some of our stories include affiliate links. If you buy something through one of these links, we may earn an affiliate commission.