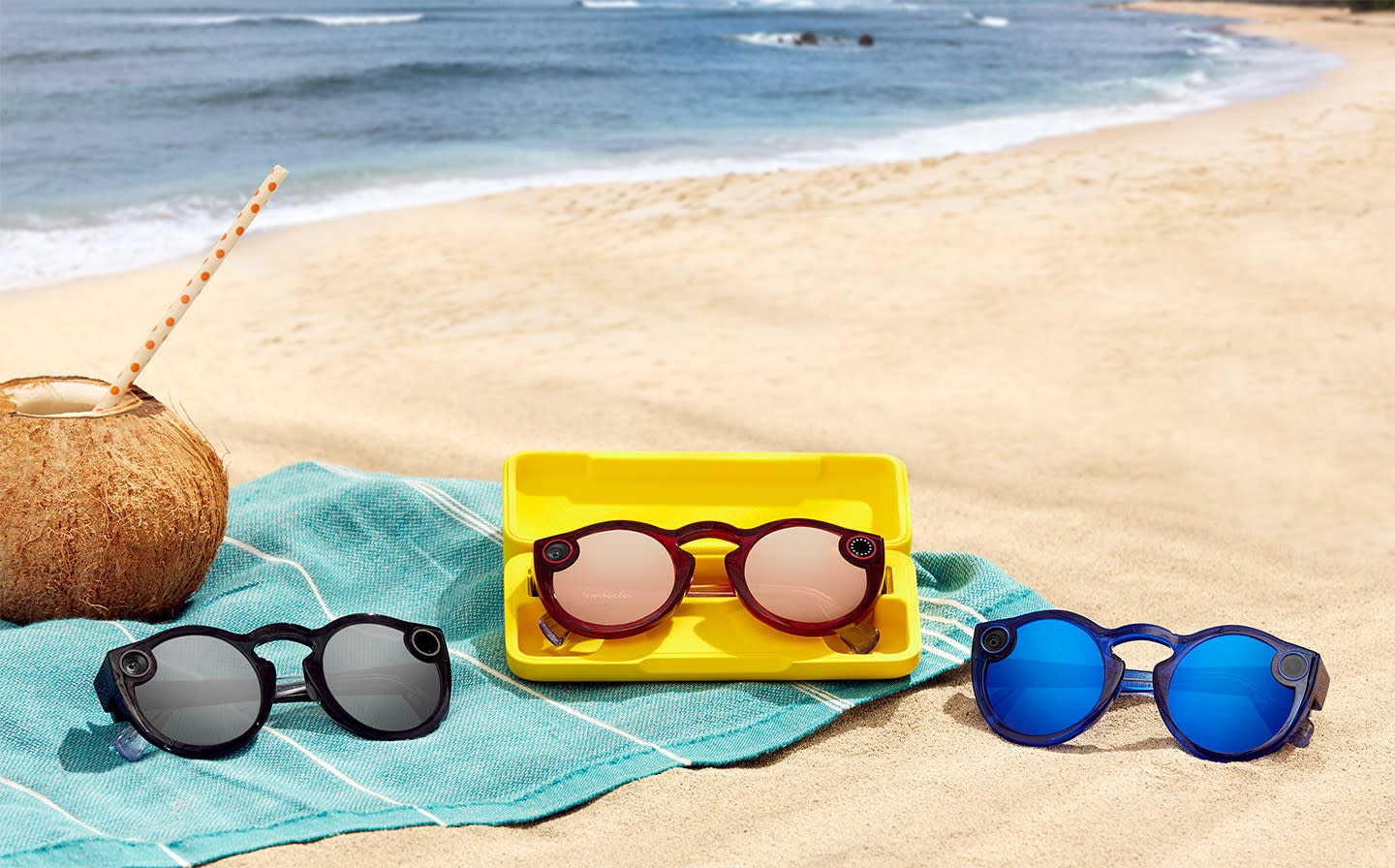 Snap went the odd-but-fun route when it released the first version of Spectacles, selling pairs through vending machines strategically placed in big US and European cities. While that's certainly an interesting tactic, the company chose to make its second-generation, water-resistant successor a lot more accessible by selling it through Spectacles' official website from the very start. Now, Snap has also started selling the 2018 refresh of its camera-equipped eyewear through Amazon in the US, UK and Canada. Probably so you can easily grab one with Prime shipping when you buy an Echo, your beauty products or your groceries.

You can choose between three (Onyx Moonlight, Sapphire Twilight and Ruby Daybreak) color schemes, and you can get your order quickly, since it's eligible for next-day shipping. The company said its price will remain the same for all regions, so that presumably means it will set you back US/CDN$150 or £150 no matter the currency exchange rates. According to Snap, selling the device exclusively through the Spectacles website at launch was one way "to better manage [its] supply and demand," which allowed it to widen its availability.

It remains to be seen if the company's strategy will pay off in the long run, and if people like the new version enough for Snap to move more than 150,000 units -- that's the number of first-gen devices Snap had sold by the end of 2017, according to CEO Evan Spiegel. The company has big plans for expansion, at least, and will soon make the second-gen Spectacles available through Amazon in European countries, including France, Germany, Italy and Spain.

In this article: amazon, gear, snap, snapchat, spectacles, thebuyersguide, wearables
All products recommended by Engadget are selected by our editorial team, independent of our parent company. Some of our stories include affiliate links. If you buy something through one of these links, we may earn an affiliate commission.