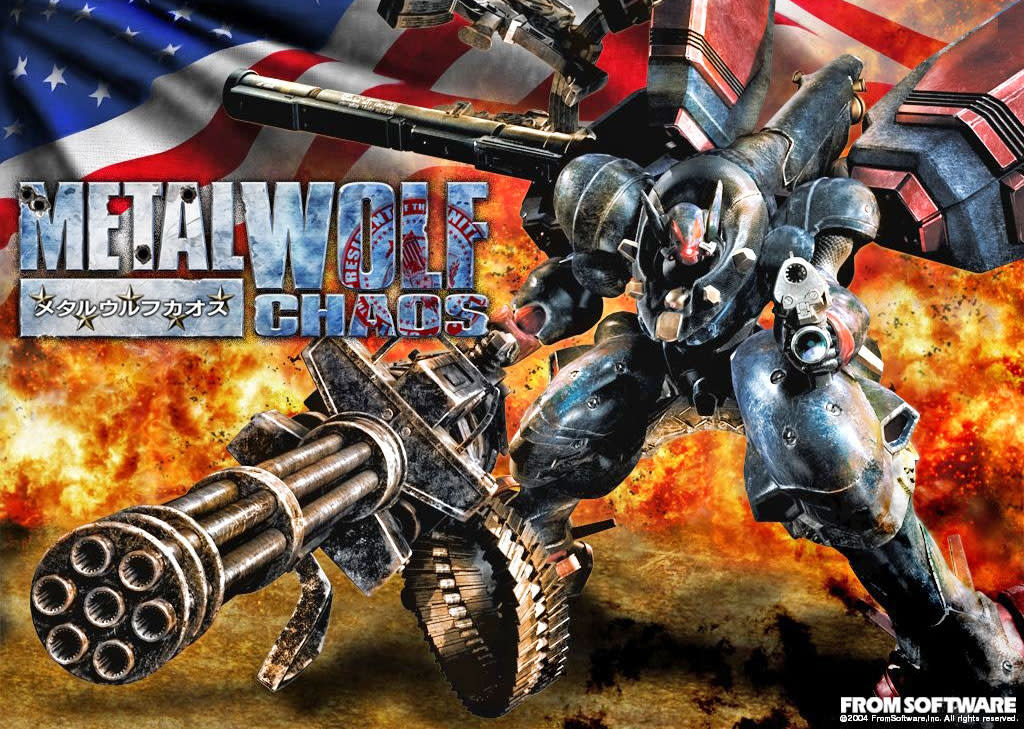 If the last 18 months have shown us anything, it's just how fragile our American democracy really is. But it's nothing compared to what Michael Wilson, the 47th President of the United States, will face during his tenure -- specifically a full-blown coup d'etat led by none other than his own brother and Vice President, Richard Hawk. Good thing the presidents of tomorrow come equipped with power armor.

Metal Wolf Chaos was released back in 2006 for the original Xbox and, despite having an entirely English-speaking cast, was only made available in Japan. That's going to change by the end of this year thanks to Devolver Digital. The company has spent roughly the last year and a half updating and polishing MWC -- converting the original 4:3 aspect ratio to 16:9, upping the resolution from 480p to 4K, and drastically improving the controls -- ahead of its upcoming release for the Xbox One, PS4 and PC.

I got a chance to play through the 10-minute prologue chapter of the game during E3 2018 and let me tell you, this game is even more bonkers (and even more fun) than the teaser trailer above suggests. My mission started with Wilson bursting through a second story window over the Oval Office in a full suit of mech armor and outfitted with six different weapons including a bazooka, M-16, flamethrower and what I'm calling a "party shotty" -- that's a short-range blunderbuss which kills with barrages of cash money and confetti.

These are just a half dozen of the 100 or so equippable weapons that will be at your disposal. Guns in hand, I proceeded to decimate a battalion's worth of traitorous soldiers, swatting them down like shade flies before activating a secret tunnel under the White House lawn, and swooping into an emergency escape tunnel which led to an underground hangar where Air Force One was conveniently awaiting my arrival. But before I could board, I had to first defeat a cadre of Stinger missile-equipped grunts who were attempting to blow up my plane. That said, when you're ensconced in a three-meter tall robotic warfighter, even the enemy's big guns will barely make a dent.

This is roughly how invincible I felt during the gameplay demo. (Gif via Adult Swim)

The game is still a pre-alpha build, so there's still plenty of tweaking to be done before it ships, but overall the controls feel solid and responsive. I can quickly swap between weapons, which are stored in the red pods on my mech's back, depending on the situation. Strafing and avoiding incoming fire was equally intuitive. My mech was also equipped with a powerful jumping ground slam special move which proved exceedingly useful for demolishing heavier enemies and vehicles.

The graphics, I think, could still use a bit more shine and sharpness. Since this isn't a full-blown remake like what we saw with Spyro Reignighted or Crash Bandicoot, the MWC sprites do still generally resemble the ones seen in the original game -- just, upscaled. Still, once you start focusing on the combat and your personal survive against the rebel onslaughts, these graphical shortcomings don't prove much of an issue.

The game as a whole should take around eight hours to complete on a straight play through (remember, it was released in 2006, well before the trend of completing countless side quests and finding multitudes of hidden items and areas came into vogue) but the Devolver team hopes to add a few modern touches such as a New Game+ mode ahead of the game's release at the end of the year. Can. Not. Wait.

In this article: e32018, gadgetry, gadgets, gaming, hands-on, mechs, metalwolfchaos, PC, POTUS, PS4, XboxOne
All products recommended by Engadget are selected by our editorial team, independent of our parent company. Some of our stories include affiliate links. If you buy something through one of these links, we may earn an affiliate commission.