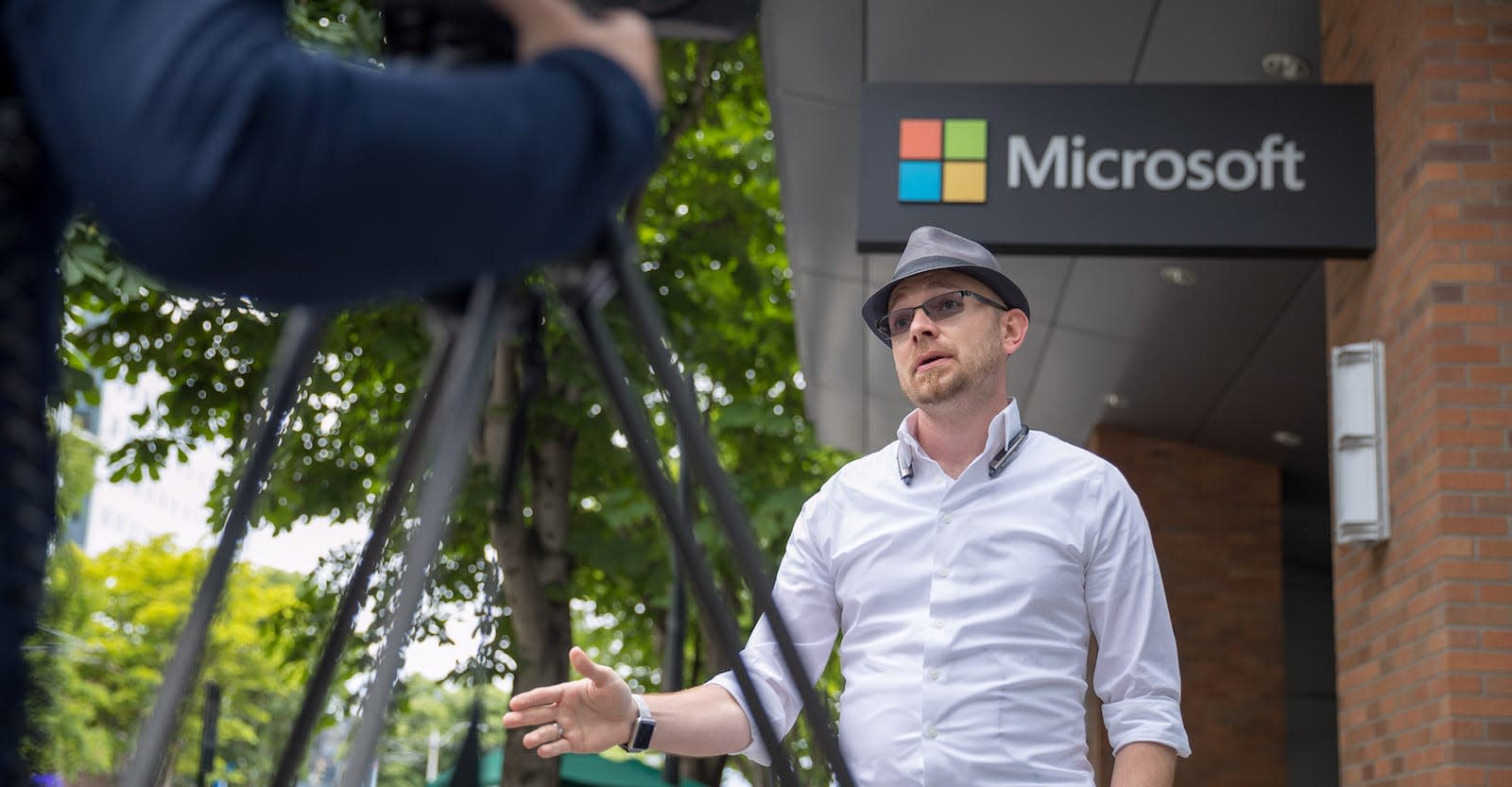 A tech entrepreneur prepares for prison

Who is the e-waste innovator targeted by Microsoft and the government?

In two weeks, he'd be sitting in a federal prison in Oregon. On the first day of June, the magnitude clearly hadn't hit e-waste entrepreneur Eric Lundgren.

"You're just being dropped in a new culture," he said from across the dining table of his childhood home in Lynden, Washington. He wore a white T-shirt with the words "strength," "freedom" and "nobility" printed alongside 20 stars.

"I love extreme experiences. I honestly think there's going to be something about prison that's going to be really interesting to me. Anywhere that I go, I'm going to learn, and this is a place where I can learn a whole new type of life."

Calling Lundgren an optimist would be an understatement. Yet the 33-year-old millionaire founder of several technology-recycling and -repair companies has spoken this way ever since April, when the slim prospect of 15 months in prison became an immovable reality.

The specifics of the case have been litigated thoroughly, both in the US Court of Appeals for the 11th Circuit and in the media, whose attention Lundgren seems to embrace.

In 2011, when Lundgren was 26 and living in China, he made 28,000 Windows recovery discs, similar to those you can download for free on Microsoft's own website. He printed Dell's branding on the CD.

The aim was to sell them for 25 cents each to computer refurbishers, which they could then provide to customers. Instead, US customs seized the discs, set up a sting operation and ensnared Lundgren.

In court, Microsoft first claimed that it lost $8.3 million in sales, then revised that figure to $700,000, based on the refurbisher's cost of a new Windows license at $25 each.

Lundgren never sold a Windows license, only the discs. Since losing his appeal, he's been characterizing the case as a David-versus-Goliath fight against planned obsolescence and corporate greed.

On a website he set up to raise awareness around his case, freemrgreen.com, he waves a comically oversized American flag in one photo and appears in front of a scrap heap next to children in Africa wearing what appears to be a GoPro camera around his neck. He wears a black fedora in almost every public appearance.

Lundgren speaks about his impending sentence as if he were a martyr for scrap gadgets. He comes across as good-natured but with a boyish earnestness that can seem almost naive. A starry-eyed Aaron Paul could play him in a film adaptation.

A few days after his sentencing, Lundgren said his last words as a free man would be "long live recycling." "I welcome going to prison if it means that people start talking about this," he said. The first time Lundgren was arrested, he was 14.

He salvaged a go-kart from a local junkyard in Lynden, a town spanning a little more than four square miles near the Canadian border. He bought a motor from a lawn-mowing company for $75, then added a chain steering wheel, boom box and two gears. While most of his friends were riding bicycles around town, he cruised in a motorized vehicle.

One day, a police officer spotted him riding his go-kart on the road and turned on his lights. Lundgren got scared and drove off through the park, arriving at his friend's front door. "The police officer figured out where I was, came up behind me, grabbed me, threw me on the ground and arrested me," Lundgren said.

They towed the go-kart; Lundgren went to court, charged with driving an unlicensed vehicle without a license. The case was dropped.

"It's like he didn't have a grasp on the fact he was a 14-year-old," said Josh Hungerford, Lundgren's cousin and one of 50 or so relatives who still lives in Lynden.

According to his family, Lundgren was always the type to focus single-mindedly on his goals and work creatively to achieve them, sometimes without regard to collective norms.

"He was always [feeling] hemmed in by the rules that govern the rest of us," Hungerford said. "It's all trial and error with Eric."

Lundgren's family settled in Lynden when he was six. Side businesses were always part of his childhood. The family owned vending machines around town that they'd repair and refill. Lundgren sold candy and chips to kids on the school bus at a profit. When he was a teenager, the family held a regular "genesis night" where they'd gather to pitch business ideas to one another.

At 16, Lundgren started his computer-recycling business, taking corporate electronics and refurbishing them with newer parts, then reselling them to consumers. At 17, he dropped out of high school, opting to get a diploma from a local community college.

Soon after, he moved to LA, where his older brother was studying film at USC. There, Lundgren started Environmental Computer Associates (ECA), netting bigger clients like American Airlines, which would give his company 48,000 computers every year, he said.

"If Eric were to really sit down, even for one hour, and think hard prior to doing some of the things he's ever done, he never would have done them."

In 2011, his business partner James Lewis died suddenly at the age of 30, leaving Lundgren distraught. "After that point, he really started not being able to discuss other reasons for living, other reasons for working," said his brother Carl. Lundgren sold ECA and spent the next few years in Guiyu, China, and Kolkata, India, sourcing electrical components for Western companies and witnessing the scale of American e-waste dumped in the developing world, which he said affected him profoundly. It was during this period, of course, that he also created the restore CDs that would later get him into hot water.

Lundgren always had a passion for business, but when he returned to the US, he felt like recycling was now his calling too. "What brought me back here was eventually I had all of the solutions to fix the problem," Lundgren said. His company IT Asset Partners, based in LA, recycled 43 million pounds of electronics last year and makes $14 million per year in gross revenue, he said.

Despite the breakneck spec upgrades in modern gadgetry, we haven't mastered the final stage of the product cycle: disposal. E-waste hit a record 45 million tons, worth about $65 billion in 2016, according to a report from last December by the United Nations University, International Telecommunication Union and International Solid Waste Association. Only 20 percent was recycled.

In e-waste, it seems Lundgren found a nexus of his passions: a burgeoning market to plunder as an entrepreneur, a social cause to fight for and a platform for his showmanship. His ostentatiousness comes out in his publicity efforts, as well as in grandiose displays of generosity for his family: paying for a 30-person trip to LA with a private magician and comedian, chartering a helicopter to land in his aunt's backyard for a Mother's Day tour of Mount Baker.

Lundgren's greatest weakness -- perhaps a strength too -- is his impulsiveness, Carl said. "If Eric were to really sit down, even for one hour, and think hard prior to doing some of the things he's ever done, he never would have done them."

Around 2003, Carl and Eric were hiking in the woods around Sumas Mountain, Washington, on a path they'd trekked before. They stopped at a familiar waterfall and ended up climbing it, one-upping each other into going higher, pushing through brush areas, jumping down steep fallen trees and drop-offs until they reached a ravine.

They were stuck. The sun started to dip. They made their way to the top of the ravine, then split up, Eric deciding to bushwhack out while Carl took a logging road. In the dark, Eric almost walked off a cliff.

He stopped and waited for search and rescue. When the volunteers arrived, they asked if he was Eric Lundgren. "How much is this going to cost?" Eric replied. It was free.

"He's thinking in his mind he'll say that he refuses to be rescued, and then follow them down because they have lights," said Carl. "But just that impulsive nature of 'let's go up one more, let's go up one more' -- it almost got us killed." 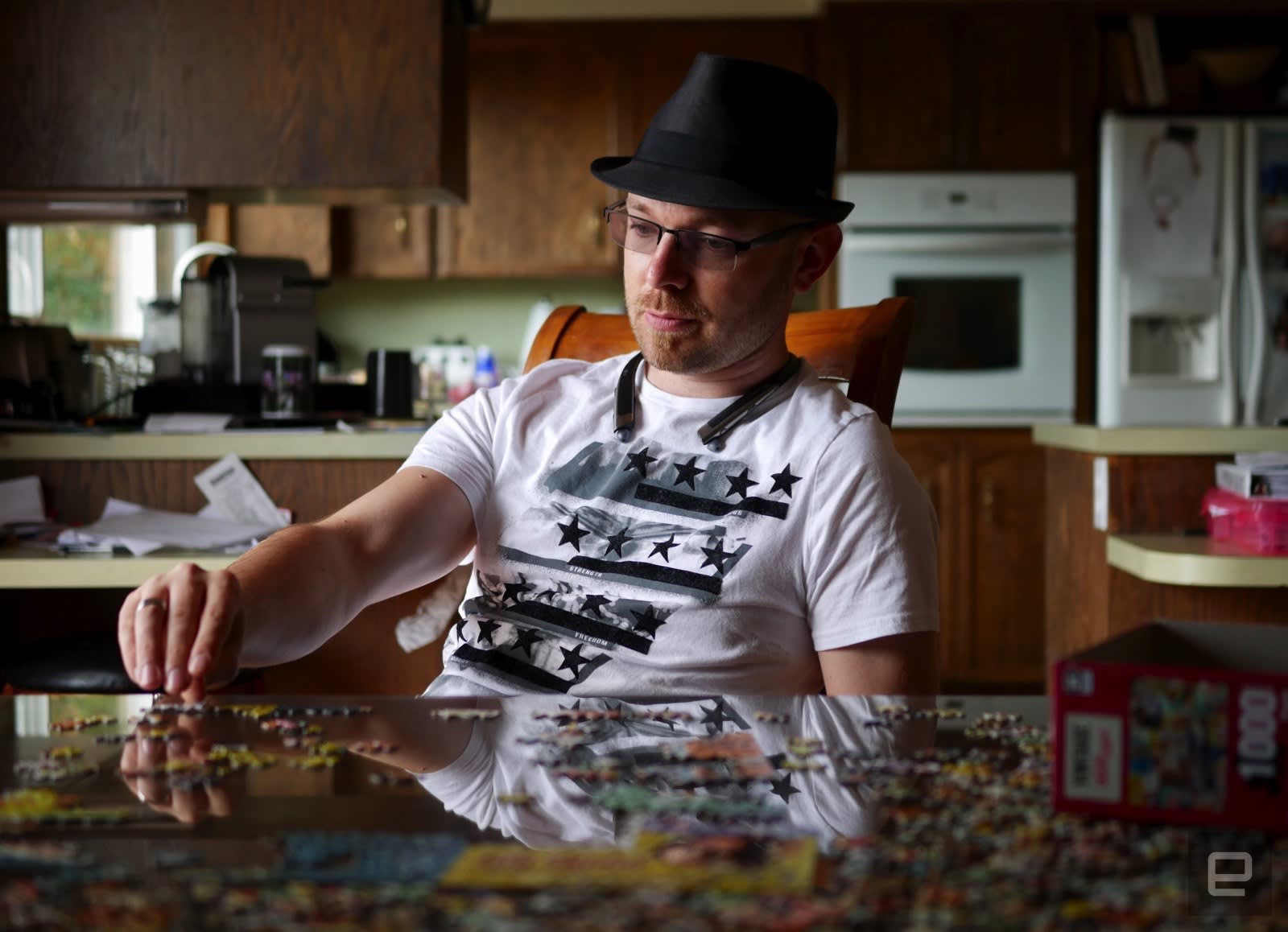 At Federal Correctional Institution Sheridan, Lundgren said he'll teach a class in repair and entrepreneurship so that inmates can leave with a vocational skill. "It's kind of like converting soldiers," he said. "I'm literally teaching them a skill that's going to allow them to recycle their lives."

Lundgren has spoken with a prison consultant, Justin Paperny, who has told him not to be friendly or give unsolicited advice. "I don't know if I'm going to be able to do it, to be honest, because my nature is to want to help people," Lundgren said. He admitted that the reality of the situation will set in "probably about a month into prison."

On his last day of freedom, Lundgren was still going down swinging. He decided to show up at Microsoft's Seattle office with 11,000 petitions for better repair and recycling policies. Later in the day, he tried -- unsuccessfully -- to force an audience with CEO Satya Nadella or another top executive. "I just want to face my accuser," he said. "There's pieces missing in my puzzle as far as understanding how I got here."

Those pieces may still be missing. The next day, he and his family drove to Oregon, and on Friday, June 15, he surrendered to the prison.

All products recommended by Engadget are selected by our editorial team, independent of our parent company. Some of our stories include affiliate links. If you buy something through one of these links, we may earn an affiliate commission. All prices are correct at the time of publishing.
View All Comments
A tech entrepreneur prepares for prison