The indie industry has changed drastically since 'Super Meat Boy.'

Tommy Refenes' life is about to change dramatically. He's turning 37 in a few days and his first child, a boy, is expected to arrive just a few weeks later. On top of this perfect storm of personal anxiety, he's preparing to launch his second major video game, Super Meat Boy Forever, later this year on the PlayStation 4, Xbox One, Nintendo Switch and PC.

Unlike in parenthood, Refenes has experience in the video game industry. He's famous in the world of independent development for his programming work on Super Meat Boy, a legendary 2010 platformer that helped usher in the modern marketplace for indie games. He's also a film star: Refenes and game designer Edmund McMillen were the focus of the 2012 documentary Indie Game: The Movie, which tracked the development and surprisingly successful launch of Super Meat Boy. The movie was a critical and commercial hit, picking up an award for documentary editing at the 2012 Sundance Film Festival.

"I didn't think it would turn into a movie that goes to Sundance or goes on Netflix, and that millions of people have watched and recognize me at Starbucks in the middle of nowhere kind of thing," Refenes says. "That's strange and now when I go and show a game, people come up to me and their nervous to talk to me."

Super Meat Boy, meanwhile, performed so well that Refenes had a moment to breathe after more than a year of high-stress programming and surprise publishing deadlines (most of which was documented in Indie Game: The Movie). But fans were still clamoring for more Meat Boy, and in 2014, Team Meat announced Super Meat Boy Forever, an endless runner heading to mobile platforms. 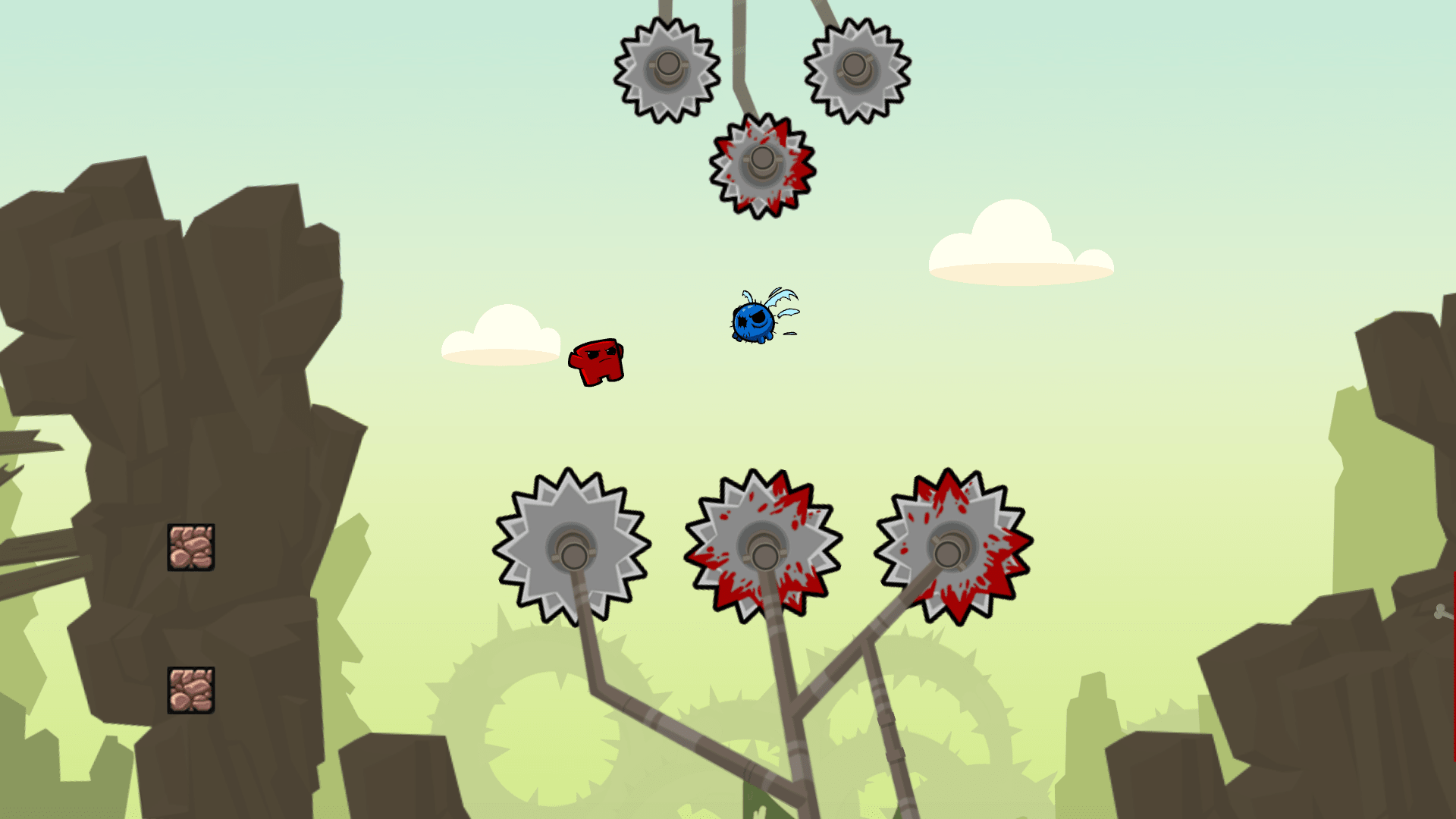 That's when development on Super Meat Boy Forever stuttered, and eventually stopped. McMillen left Team Meat to work on The Binding of Isaac and other projects, and Refenes took some time to focus on family and personal life. He got married. He breathed.

And then he came back. Refenes revived Super Meat Boy Forever in 2017, bringing on Offspring Fling designer Kyle Pulver and Undertale artist Temmie Chang. It was still an endless runner, but it wasn't for mobile platforms any longer -- Nintendo gave the game a Switch spotlight at PAX Prime 2017, and it's also heading to Sony and Microsoft's latest consoles, alongside Steam. (It'll hit Android and iOS eventually, Refenes promises.)

Even though it's an endless runner, Super Meat Boy Forever still feels like Super Meat Boy -- it's ridiculously difficult, including punching, sliding, jumping and wall-sliding moves, and it's packed with twitchy gameplay moments. This is a game built for speedrunning, even though it was initially designed for mobile devices. "It took me longer than I care to admit to be like, oh, what [fans] want is a game that feels like Meat Boy that they can play on their phones," Refenes says. He sat down in his hotel room during GDC 2011, just after the launch of Super Meat Boy, and programmed a constantly running Meat Boy who changed directions every time he jumped off a wall. "I made a couple little test levels and I'm like, 'This works. This has some potential.'"

Though the game shines in its rapid-fire mechanics, there's a deeper story happening behind all of the mayhem. Meat Boy and Bandage Girl, the two main characters from the first game, are facing off against Dr. Fetus once again -- but this time around, the bad doctor has stolen their child, Nugget, and they have to race to get her back. Even the mid-level enemies have their own stories, like the floating purple clouds that eat up Meat Boy and spit him directly into spinning saw blades at any chance they get. These baddies are called Betus and they're inspired by Refenes' own experience with Diabetes.

"Gameplay by itself is great, but it takes it to a next kind of level when there's actually a reason you're going through everything," Refenes says. "Like 'collect coin' -- 'collect coin' is fine, but you know. We all need to be more like Kojima and do crazy stories and weird stuff."

Refenes and the new Team Meat crew are finishing up Super Meat Boy Forever and preparing for its launch later this year -- just after his 37th birthday and the birth of his child. He's anxious about all of it, but excited to be back on a creative project. Super Meat Boy fans should be pretty stoked, too.

All products recommended by Engadget are selected by our editorial team, independent of our parent company. Some of our stories include affiliate links. If you buy something through one of these links, we may earn an affiliate commission. All prices are correct at the time of publishing.
View All Comments
A chat with 'Super Meat Boy Forever' creator Tommy Refenes