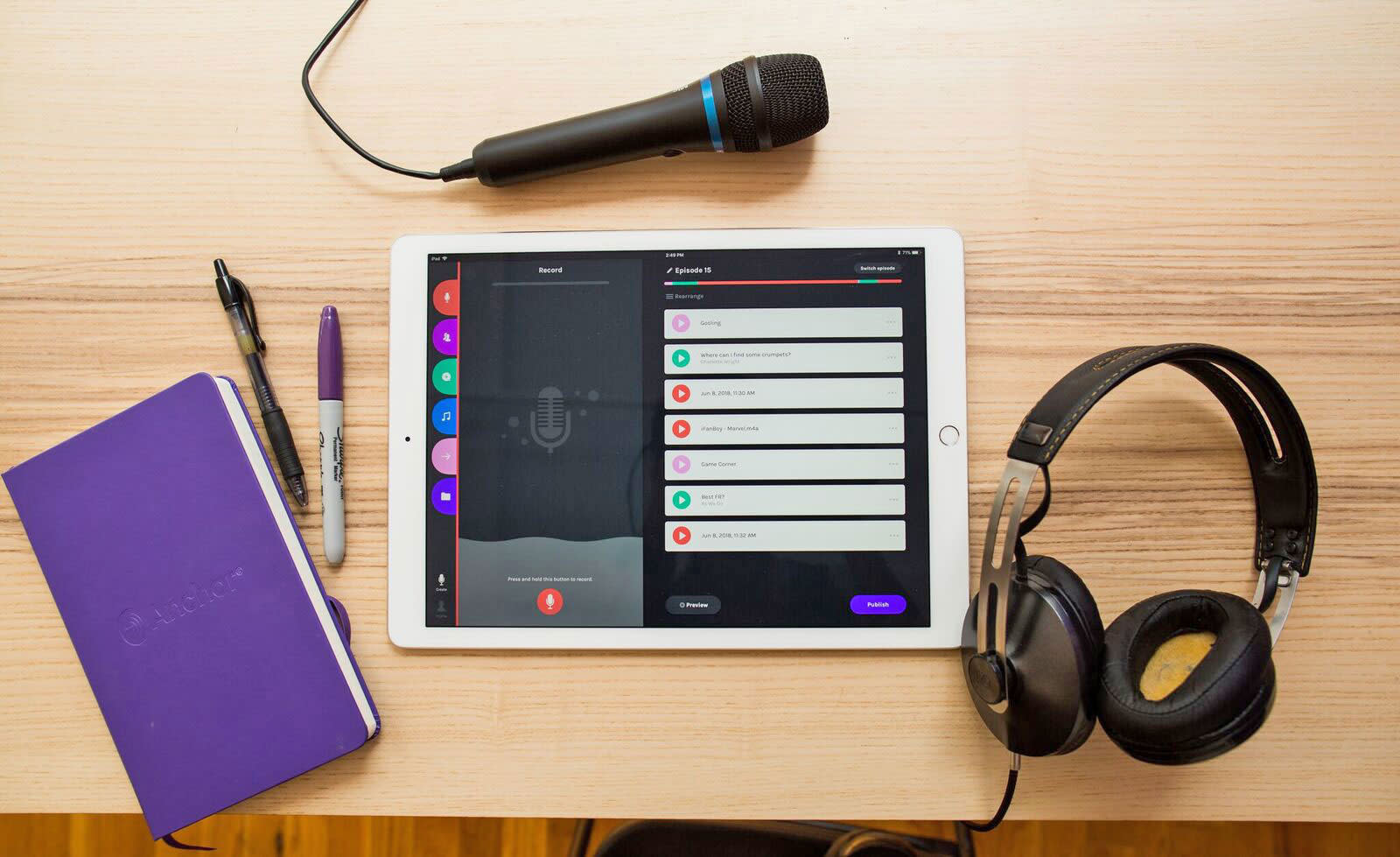 Back in February, the audio social network Anchor relaunched as a one-stop podcast-making shop. Now it's introducing an iPad app that's designed for the larger device's touch interface. Best of all, it includes editing tools, enabling users to trim, cut and drop in segments and effects at their whim. Get it now for free in the App Store.

The app is intended to make full use of the iPad's functionality, enabling users to record, produce and edit a podcast episode to completion with just the tablet alone, if need be: It works with microphones through the lightning port, or users can stick with the internal one in a pinch. It's designed to take advantage of the iPad's real estate, benefiting from its window-splitting Multitasking functionality along with the capability to drag and drop audio files back and forth between Anchor and other apps.

While there are audio-cutting iPad apps out there, including Apple's own GarageBand, Anchor thinks there's enough scrappy creators out there who would prefer one that was geared specifically toward podcasts. Carrying around an editing suite in a tablet could be attractive (and affordable) for those who don't need a full sound studio and want to get their episodes chopped and published on the go.

In this article: anchor, app, apple, audio, av, entertainment, gear, ipad, mobile, podcast, services
All products recommended by Engadget are selected by our editorial team, independent of our parent company. Some of our stories include affiliate links. If you buy something through one of these links, we may earn an affiliate commission.