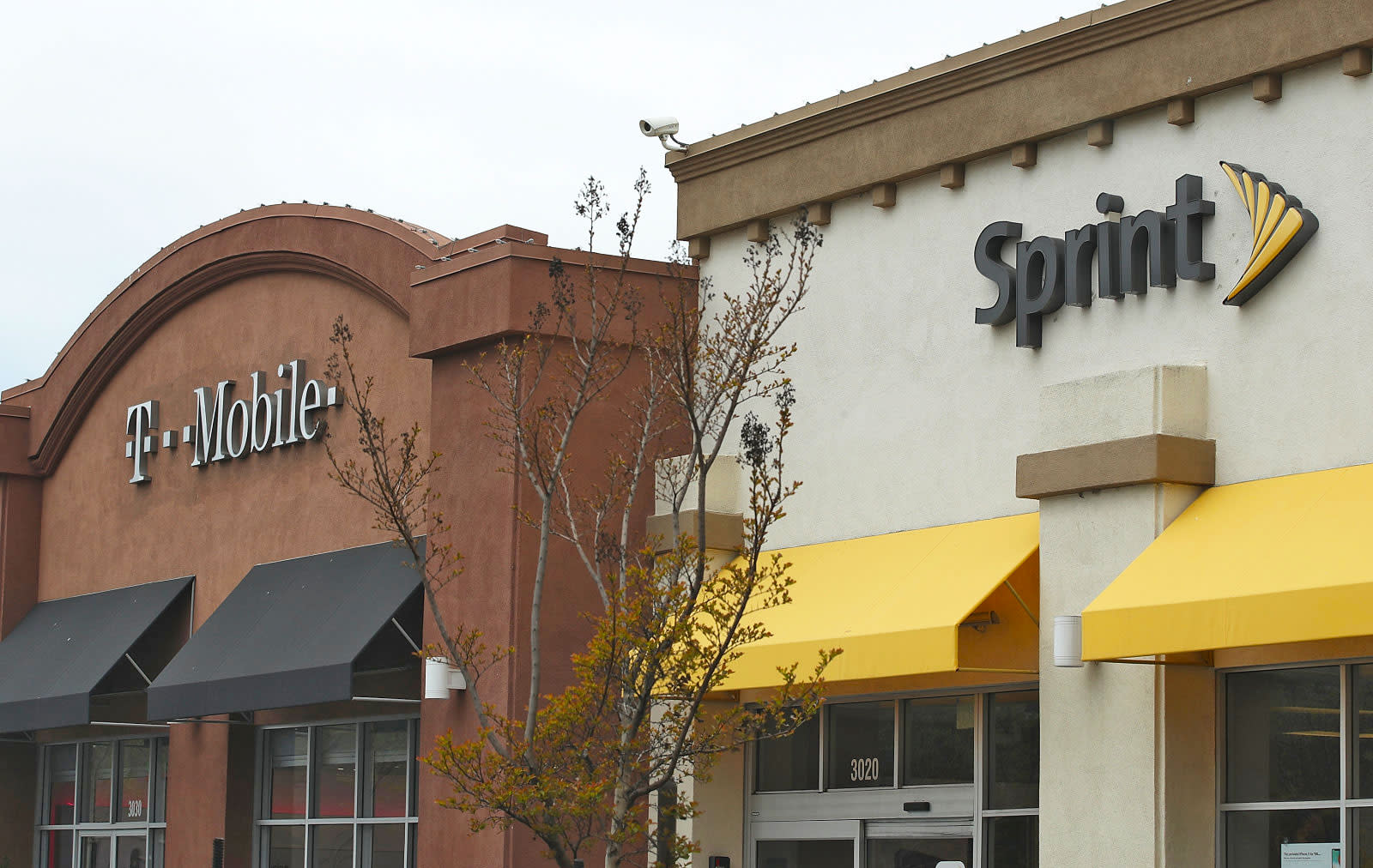 You've heard T-Mobile and Sprint try to sell you on their proposed merger, but it's now regulators' turn to get an earful. The two carriers have submitted their Public Interest Statement to the FCC outlining the claimed benefits of the union, and it won't surprise you to hear that they've portrayed their move as uniformly positive for the country. They're particularly focused on courting cord-cutters -- they see this as a chance to up-end TV and wired broadband at the same time.

While T-Mobile is planning to offer TV service this year thanks to its acquisition of Layer3, it told the FCC that expanding that service and disrupting the TV industry will prove costly. In theory, the merger would help that expansion and let it deliver mobile video over 5G through a more capacious network with more would-be viewers. And of course, 5G would help people cut the cord in a literal sense by letting them ditch wired access. Americans would lower their data bills, according to the providers, and rural customers would get better broadband coverage as well as better support through new stores and call centers.

T-Mobile and Sprint also talked up the possibility of outperforming (and spurring on) their rivals. They hoped to have three times the 5G capacity in 2024 than they would if they operated separately, forcing AT&T and Verizon to step up their game. Naturally, they claimed service would become more cost-effective, too -- they pointed to a study claiming that there could be a 55 percent drop in the price per gigabyte. This merger would set up the carriers to challenge AT&T and Verizon, they argued, not to become the very thing customers hate.

And of course, there's jobs -- it wouldn't be 2018 without claims of more jobs. The new stores, call centers and rural expansion would reportedly add more than 12,000 new positions. And since this would help the US lead in 5G, it would supposedly boost the economy as a whole.

Whether or not the public actually benefits is another story. While the current FCC is happy to greenlight most corporate mega-mergers, it's not certain that events will unfold as T-Mobile and Sprint described. Just because data may be more cost-effective doesn't mean prices will go down. Also, 1,800 of the new jobs would focus on uniting the networks, which isn't exactly a long-term career path. That's assuming the merger resulted in a net increase in jobs, for that matter. Large companies have a long history of promising new jobs following a merger, only for those positions to either never fully materialize or to be offset by layoffs. This isn't to say the merger is built on false pretenses, but it's no secret that corporate giants will often tell the FCC only those things it wants to hear.

In this article: 5g, acquisition, carrier, cordcutting, fcc, gear, layer3, merger, mobile, politics, regulation, sprint, t-mobile, TL19TMOMERG, wireless
All products recommended by Engadget are selected by our editorial team, independent of our parent company. Some of our stories include affiliate links. If you buy something through one of these links, we may earn an affiliate commission.