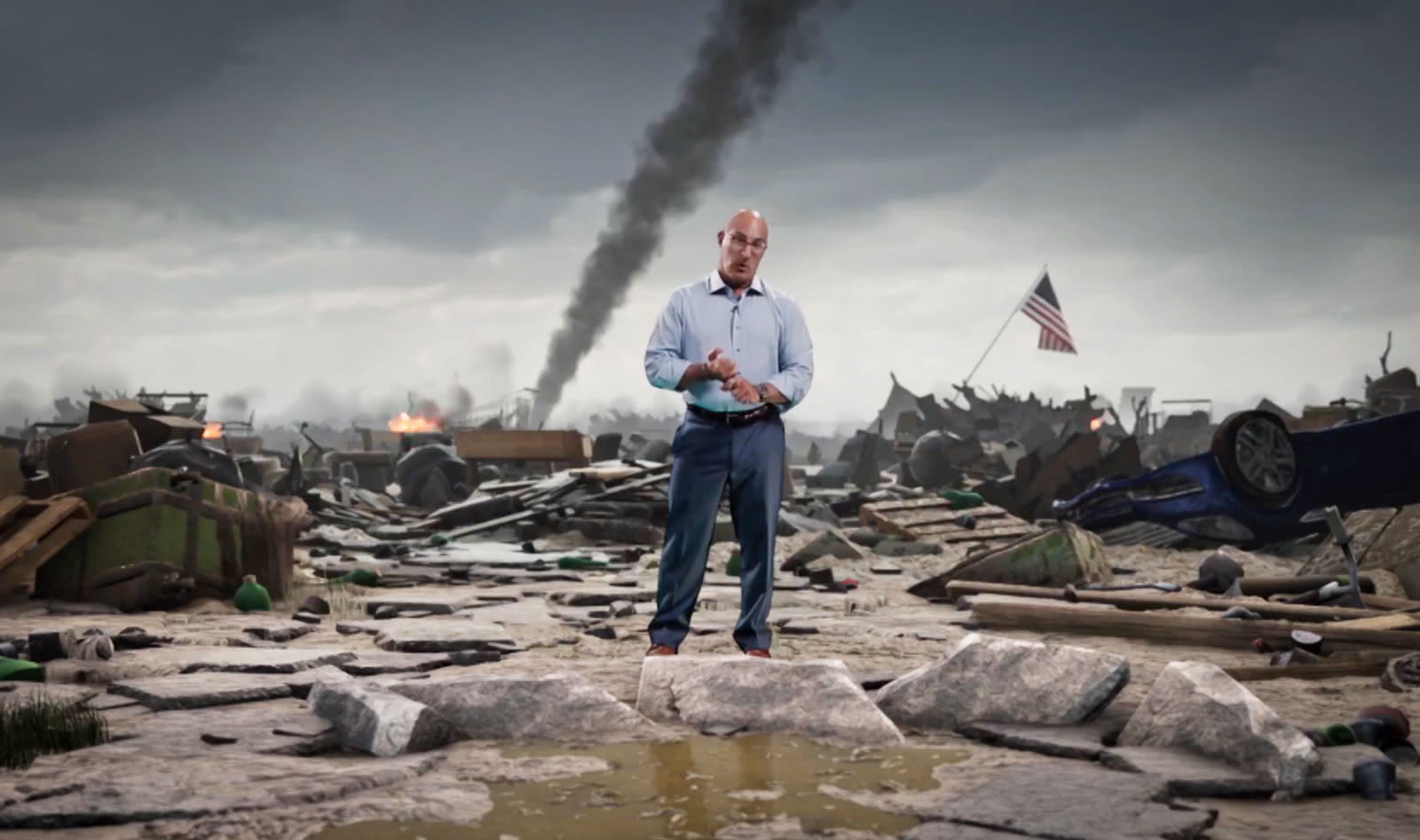 This morning, The Weather Channel debuted the first of its upcoming slate of immersive, mixed reality (IMR) content that's meant to let "viewers truly see the weather like never before". In this segment, meteorologist Jim Cantore explained the Enhanced Fujita (EF) scale that's used to categorize tornadoes. Throughout the 7-minute segment, he dodged faux flying debris and falling cars, making the segment seem not only more relatable, but also entertaining.

I wasn't expecting to be as engrossed as I was when I started watching the show. In fact, the first time the IMR effects appeared, I actually laughed at how ridiculous it looked. Cantore jumping out of the way of a slowly falling tree was hilarious, and the cartoonish graphics were far from realistic.

But as the segment unfolded, I got caught up in the destruction wrought by the faux tornado behind Cantore as it grew from an EF-0 to an EF-5 whopper. Even though his reactions still made me chuckle, his dedication to the bit sold how dangerous the situation was or could be if it were real. To be fair, tornados are pretty captivating on their own, though.

As Cantore pointed out a bathtub as a safe place to hide, as well as the importance of staying away from walls nearest the outside of your house, the IMR graphics drove home the lessons. I finished the clip feeling like I was better-informed about what to do if I were ever caught in a tornado. At first the mixed reality integration felt a little forced, but as events culminated in the entire studio being ripped apart by the winds, it felt like a rewarding implementation.

Sure, it's gimmicky, but The Weather Channel's use of IMR helped me understand the potential dangers of a powerful tornado, and made me laugh a bit at the same time. If this is the future of TV, or if Sesame Street decides to implement mixed reality to teach kids the alphabet, I say bring it on. The spectacle makes for great TV.

In this article: av, entertainment, imr, jimcantore, MixedReality, TheWeatherChannel, tornado
All products recommended by Engadget are selected by our editorial team, independent of our parent company. Some of our stories include affiliate links. If you buy something through one of these links, we may earn an affiliate commission.