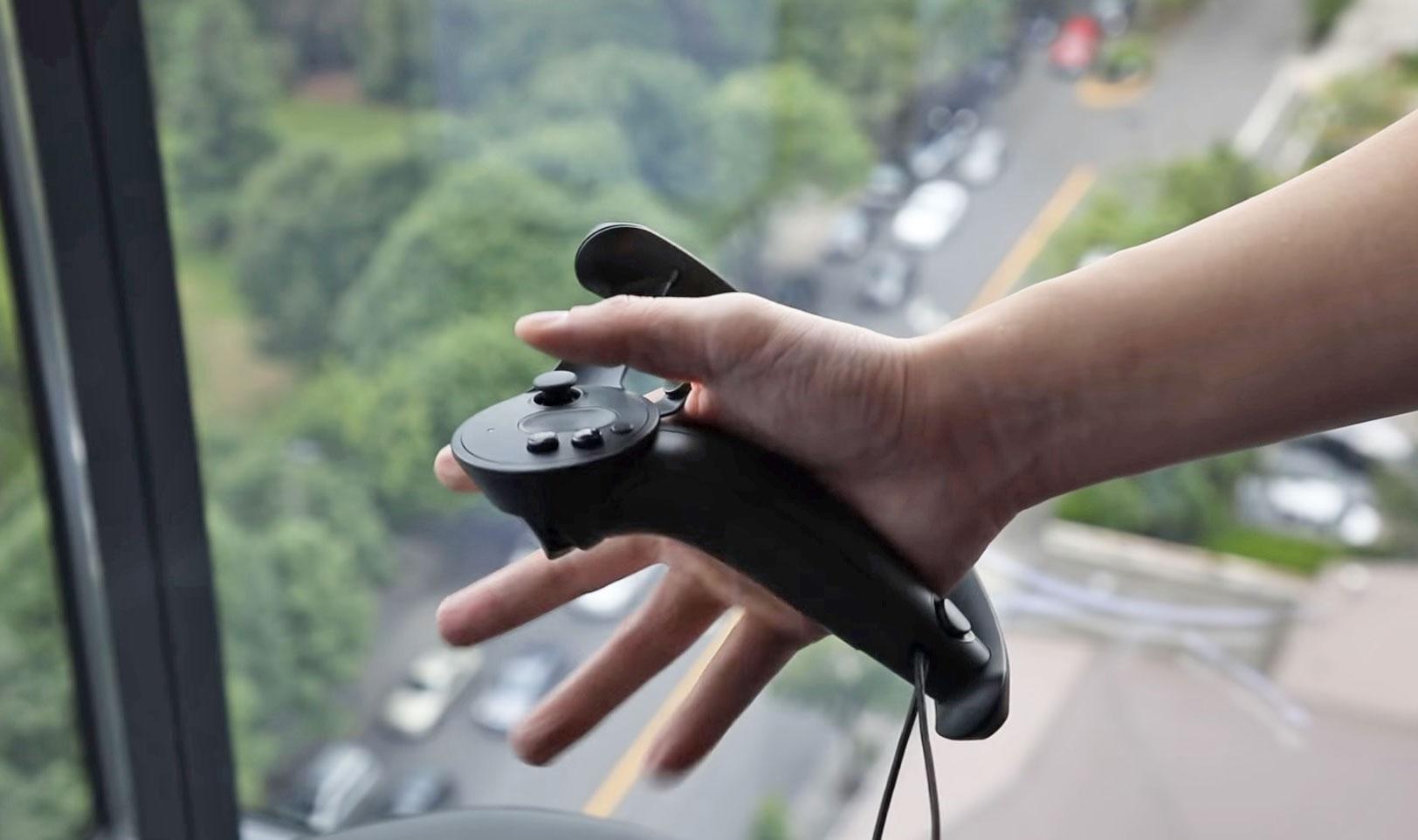 Valve originally introduced its vertical-grip "Knuckles" controllers for VR in 2016, and shipped working models to developers last year. Now the company sending game makers another version, the EV2, that has revamped buttons, straps and a slew of sensors that essentially translate finger motion and pressure to let you touch, grab and squeeze objects inside games.

Some of the EV2's changes are evident: The old Steam Controller-style touchpad that dominated the controller's top has been shrunken to an oval 'track button' that measures touch and force. That's flanked by traditional inputs: A joystick (by developer demand, Valve noted in a blog post) and standard circular buttons. The strap is adjustable for different hand sizes and pulls tight to let players let go of the controller completely without dropping it -- which could be key for the pressure inputs.

While last year's model had touch inputs tracking each finger in the 'grip' area, the EV2 introduces pressure sensors that measure how much force the wielder is using. Obviously, this has implications for VR developers who want players to grip or squeeze objects in the world, but as Valve's blog post points out, combining those with the touch sensors tells games when players let go of the grips -- like, say, when they're throwing things in-game. Imagine how this could allow throwing different baseball pitches, let alone introducing different control schemes.

Lastly, the battery life has been extended to last six hours. Below is a gameplay video of Moondust, a Valve-made demo (set in the Portal universe, natch) that lets developers fiddle with the full range of the EV2's capabilities. Sadly, there's no indication that Valve's latest Knuckles controller is near its final form and ready for the consumer market.

In this article: gadgetry, gadgets, gaming, gear, knuckles, steamvr, valve, vr
All products recommended by Engadget are selected by our editorial team, independent of our parent company. Some of our stories include affiliate links. If you buy something through one of these links, we may earn an affiliate commission.