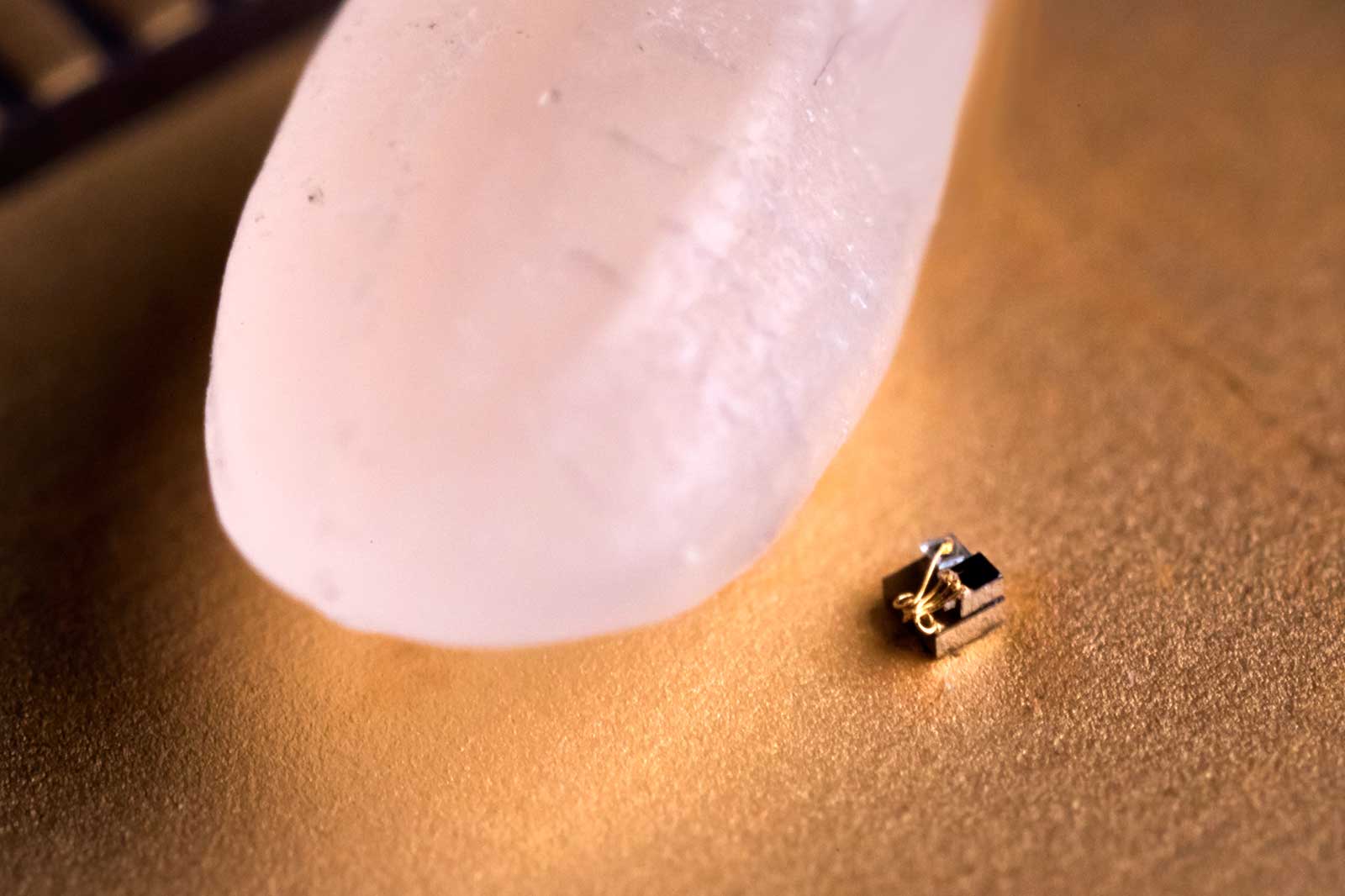 You didn't think scientists would let IBM's "world's smallest computer" boast go unchallenged, did you? Sure enough, University of Michigan has produced a temperature sensing 'computer' measuring 0.04 cubic millimeters, or about a tenth the size of IBM's former record-setter. It's so small that one grain of rice seems gigantic in comparison -- and it's so sensitive that its transmission LED could instigate currents in its circuits.

The size limitations forced researchers to get creative to reduce the effect of light. They switched from diodes to switched capacitors, and had to fight the relative increase in electrical noise that comes from running on a device that uses so little power.

The result is a sensor that can measure changes in extremely small regions, like a group of cells in your body. Scientists have suspected that tumors are slightly hotter than healthy tissue, but it's been difficult to verify this until now. The minuscule device could both check this claim and, if it proves true, gauge the effectiveness of cancer treatments. The team also envisions this helping to diagnose glaucoma from inside the eye, monitor biochemical processes and even study tiny snails.

Why the air quotes around computer, then? The tiny size is leading the University to question what a computer is. This does have a full-fledged processor (based on an ARM Cortex-M0+ design), but it loses all data when it loses power, just like IBM's device. That might be a deal-breaker for people who expect a computer to be more complete. Still, this pushes the limits of computing power and suggests that nearly invisible computing may be relatively commonplace before long.

In this article: cancer, computer, cortex-m0, gear, medicine, personal computing, personalcomputing, sensor, tomorrow, tumor, universityofmichigan
All products recommended by Engadget are selected by our editorial team, independent of our parent company. Some of our stories include affiliate links. If you buy something through one of these links, we may earn an affiliate commission.