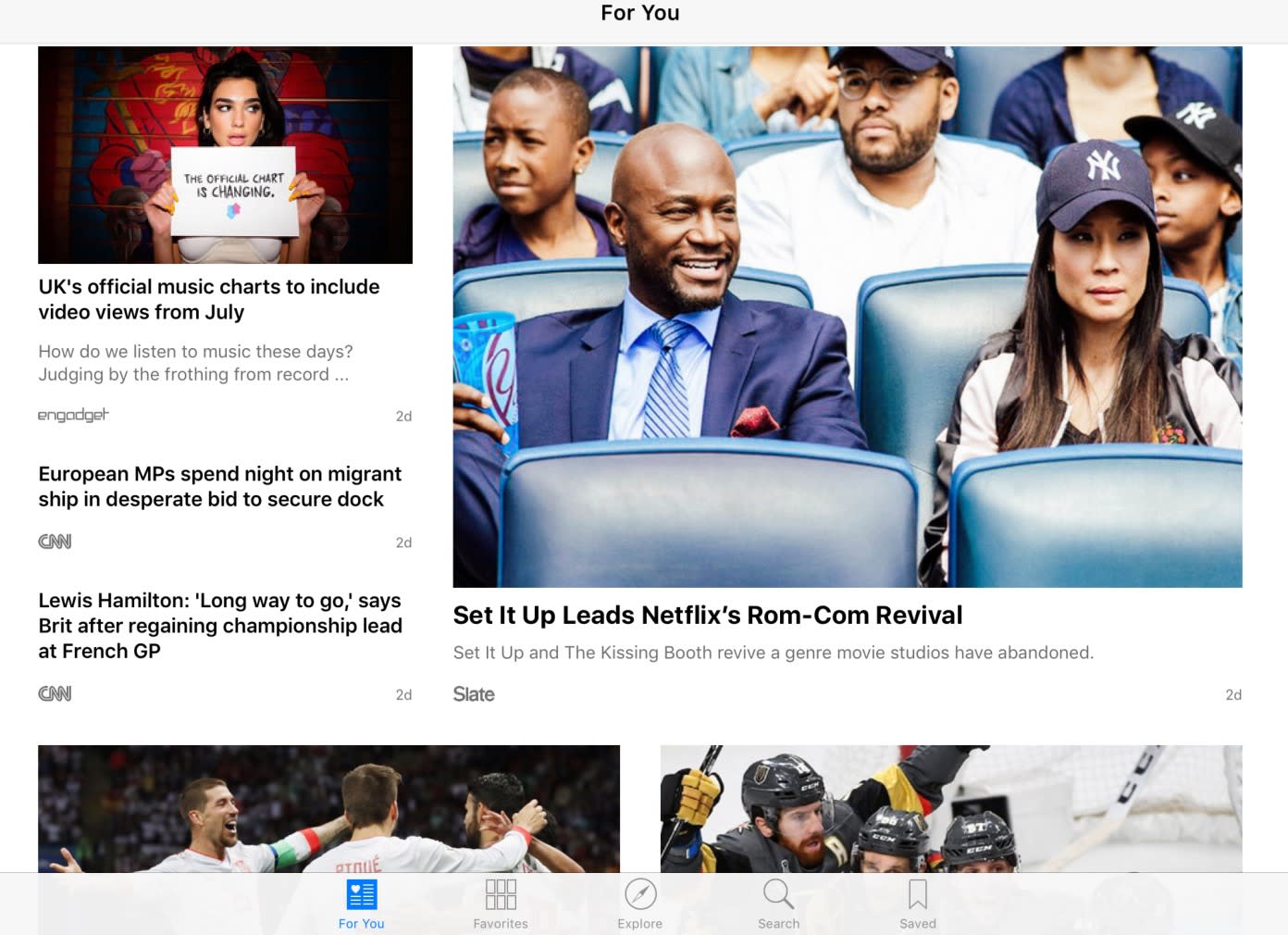 Just three months ago, Apple purchased a company described as the "Netflix of magazine plans" and now The Information reports that it may have bigger ambitions. A plan it's considering, according to sources, is to integrate Texture's digital magazine plan with its own Apple News app, and then in the future offer a bundle that includes news, video content (like the kind it will get from Oprah) and Apple Music. While all of the items would still be available separately, it would offer an interesting package to cord-cutters willing to get their media from the same company that makes their phones, laptops, speakers and streaming boxes.

If this is the idea, Apple would hardly be the only one going that route, as Amazon offers similar content under Prime, Google just refashioned YouTube premium plans to cover music and original video streaming, and there are indications Spotify will increase its focus on video. Meanwhile, just in video there's competition like Netflix, Hulu and traditional TV providers like Comcast or AT&T.

Subscription rumors are nothing new for Apple, whether it's about video, news (from 2010!), or anything else. As usual, offering exclusive content is a way to increase revenue from its customers in between their hardware upgrades, and keep them tied in with its products. Nothing appears to be confirmed yet, but The Information's report follows a recent rumor from Bloomberg that said the news package could launch next year.

In this article: apple, applemusic, applenews, entertainment, internet, rumor, subscription, video
All products recommended by Engadget are selected by our editorial team, independent of our parent company. Some of our stories include affiliate links. If you buy something through one of these links, we may earn an affiliate commission.