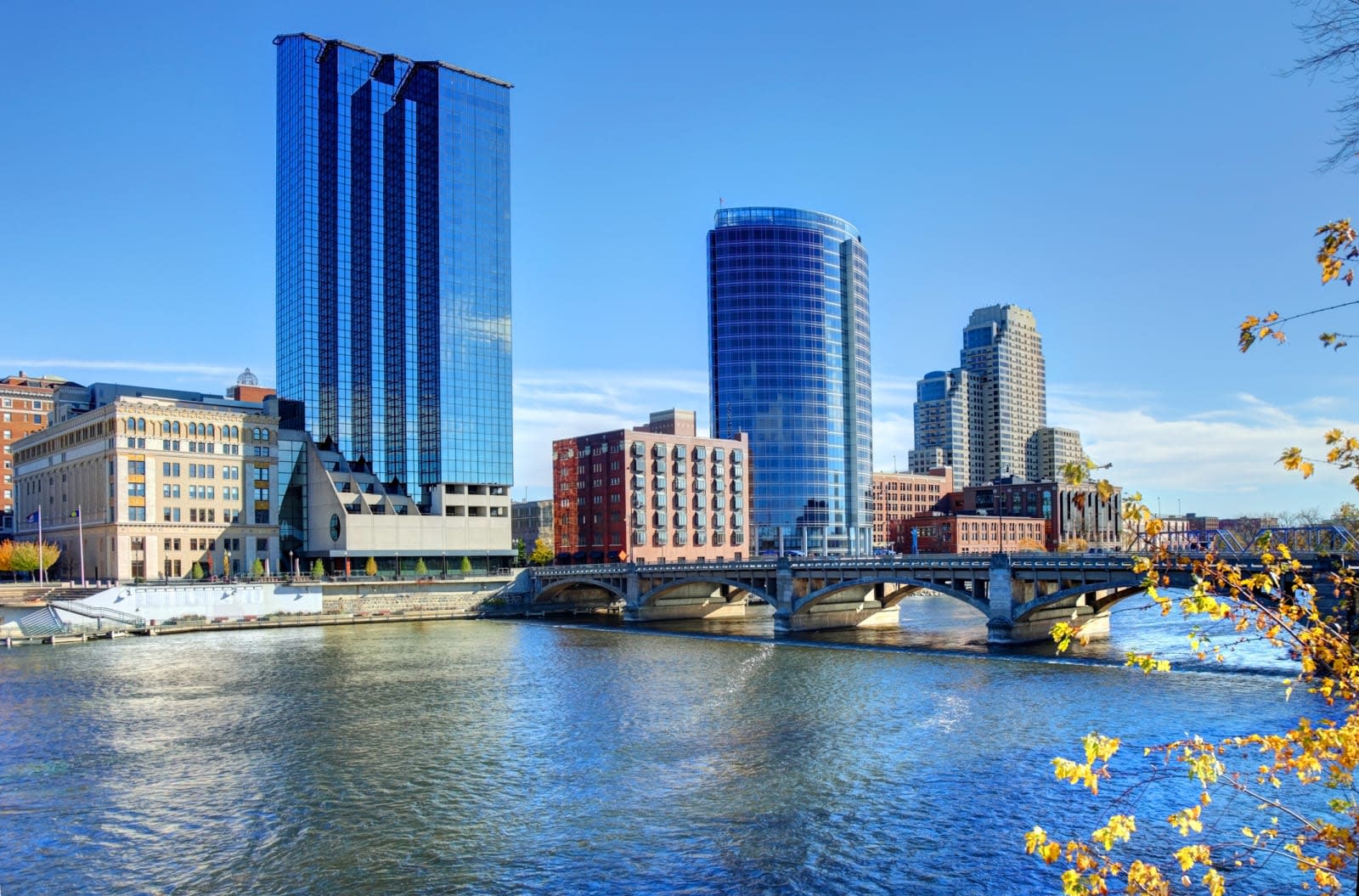 Ford's investment in the Mitten State isn't over. Last week the company announced that it was transforming the aging Michigan Central Station in Detroit into an innovation hub for things like autonomous vehicles and smart cities. Today, the automaker is 130 miles west in Grand Rapids to reveal the $100,000 Grand Rapids City of Tomorrow Challenge -- a way to crowdsource solutions to Michigan's second largest city's mounting traffic and mobility woes.

Essentially, it's a pitch-off for community-sourced ideas related to how lethargic it can be to get around in the rapidly growing city. Or, as Ford describes it in a press release, a "platform created to help prepare cities for the future and bring groups of people together to design and pilot new solutions to improve mobility in cities." Other participating cities are Miami and Pittsburgh.

The pitch process sounds simple enough. Like in Miami, residents start by voicing their concerns about the city's mobility woes online, and after that Ford will discuss the data that it has collected from the Challenge's website.

"When I saw the community engagement piece, I flipped," program director Josh Kwant told the Miami Herald earlier this month. "I saw how powerful it was, when you're talking to residents about mobility challenges, when we got people together, what it provides; it's almost at a focus group level. You learn what the real issues are."

Applications for Grand Rapids open the week of July 23rd with semifinalists to be chosen in September. From there, semifinalists will have opportunities for mentoring and prototyping to shepherd their idea to the finish line, with $100,000 going to the best ones. The prize money comes from AT&T Dell Technologies; the Michigan Economic Development Corporation's mobility initiative, PlanetM; Microsoft and more. However, at this stage it isn't clear how many will have to split the prize pot.

Unlike Detroit, Grand Rapids doesn't have seven lanes for traffic in its main thoroughfares; it has four or five. Grand Rapids is only about a quarter of the size of the Motor City, and its briskly growing population means traffic congestion has become a problem in recent years. That's likely because as public transit ridership has dropped in the city, car ownership has increased among families, with most owning two or more vehicles.

And like everywhere else, the streets are rife with Uber, and to a much lesser extent, Lyft, drivers which only add to traffic problems. Five years ago, it only took a few minutes to cut through downtown at 5 PM, now it takes a half hour or longer.

"There is a need to alleviate congestion and reduce transportation wait times," the statement reads. "The goal is to help improve quality of life for Grand Rapids residents and visitors by providing dynamic mobility options that build on the existing transportation system."

Meaning, residents shouldn't expect a resurrected streetcar network in the city, but bike-sharing kiosks, more bike lanes and wider sidewalks are probably safe bets. The statement also mentioned the Challenge would accept ideas that use infrastructure and transportation data to enable "smart transportation choices." Exactly what those mean in a mid-sized Rust Belt city are anyone's guess at this point.

In January, Ford made a lot of noise about smart cities during its CES presentation. Now, five months later it's putting its money where its mouth is, helping fund these Challenges in a trio of extremely different markets. How the program will turn out, and what will become of it remains to be seen.

Update: A Ford representative reached out to clarify that the $100,000 will be used to fund pilot programs for the top two teams.

In this article: att, dell, grandrapids, michigan, michigantechrevival, microsoft, motorcitytech, tomorrow, transportation
All products recommended by Engadget are selected by our editorial team, independent of our parent company. Some of our stories include affiliate links. If you buy something through one of these links, we may earn an affiliate commission.