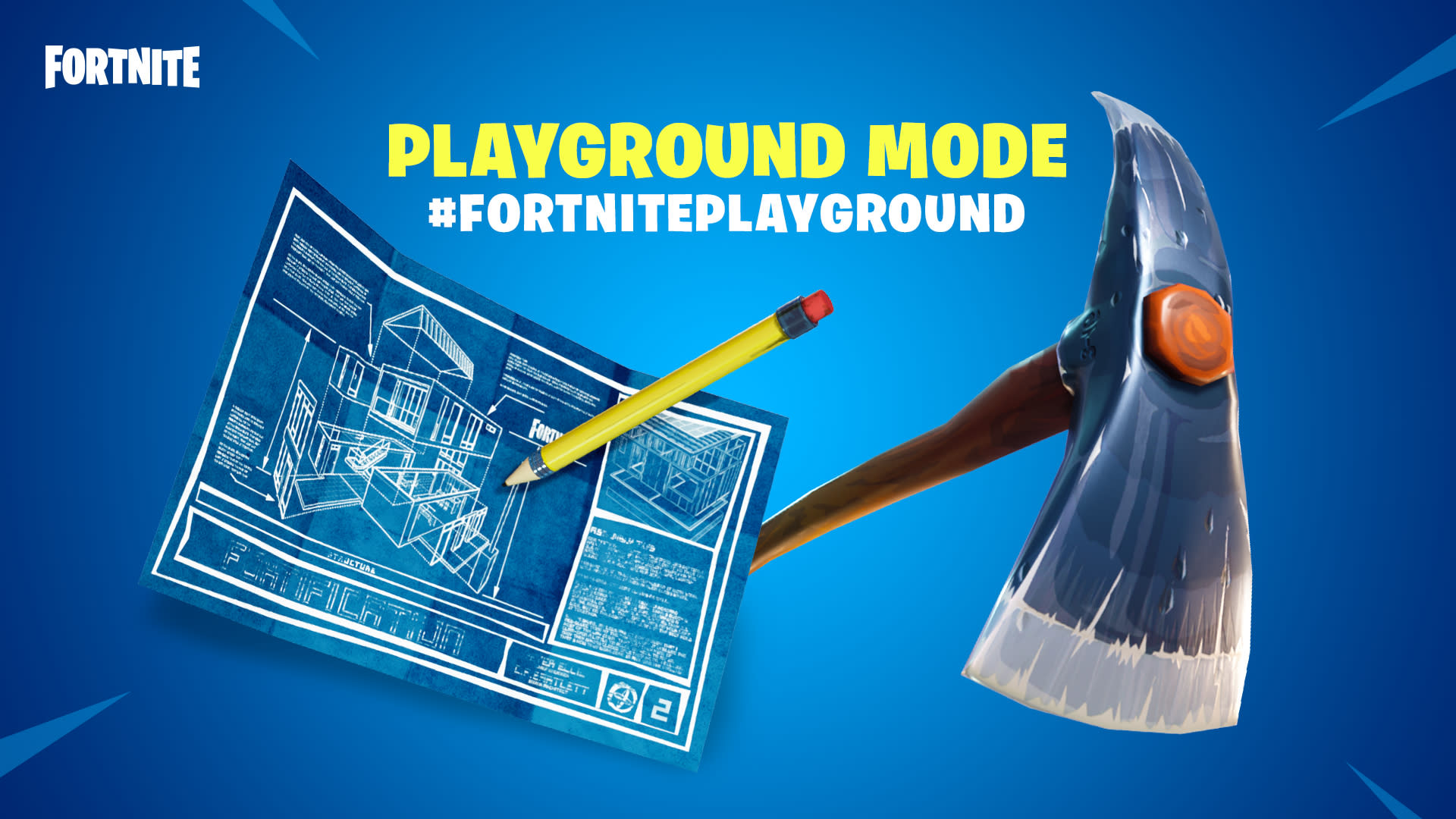 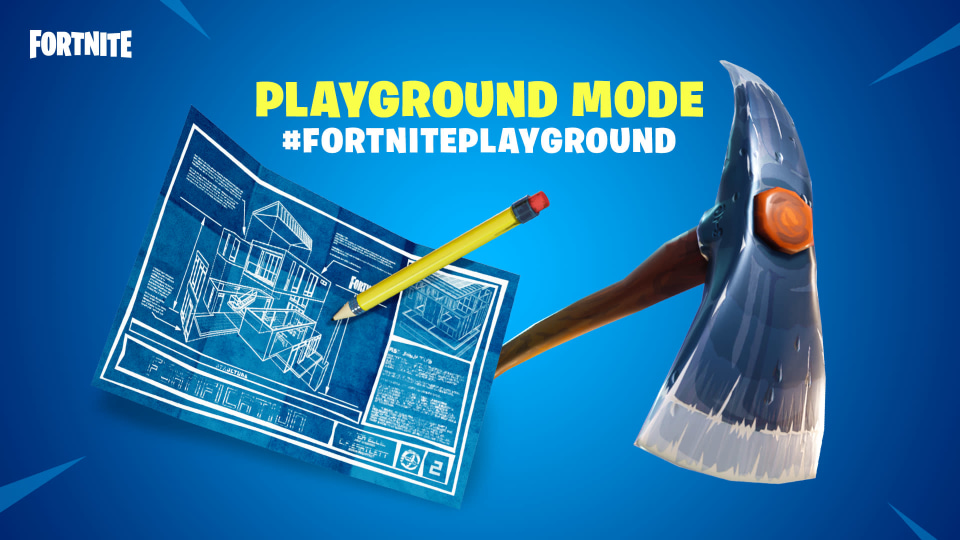 Fortnite: Battle Royale is relentless and unforgiving, affording players no time before 99 other wannabe champions set their sights on each other. In fact, the fast-paced action is one of the biggest barriers for new players -- people rarely have time to get to grips with the game's building mechanics and varying weapon types before they're set upon.

Epic Games previously teased that it would introduce a new way for players to practice away from the main island. Playground Mode has arrived as part of today's v4.5 update, giving players a much-needed way to hone their skills before taking them onto the battlefield.

Playground is essentially a private version of the main island that can host up to four players. When spawned, squads have up to an hour to "create, play and train" without pressure from a fast-approaching storm. The storm is still present, but it will only begin closing in during the final five minutes of a match.

In order to make it semi-competitive, Epic has enabled friendly fire -- something that was present in the battle royale mode when it first launched -- and allowed for unlimited respawns (unless a player is killed by the storm). Aspiring builders will pleased to know that resources are gathered at 10 times the normal rate and 100 llamas are also present to deliver materials, traps, health, shields and other damage-based items. Chests and ammo boxes are also dotted all over the island, ensuring guns don't run out of bullets.

The new practice mode is designed to give first-time players a safe introduction to the game, but will also provide professional players with a sandbox to test new strategies. Because the competitive element is still present, gamers will also be able to face their friends for the first time.

Playground is undoubtedly the most notable part of today's update, but Epic has also made a number of tweaks to in-game weapons. First is the introduction of Dual Pistols, epic and legendary guns that individually shoot separate rounds with one trigger press. Tactical and Silenced SMGs have also been given slight boosts, with improvements made to both accuracy and damage values.

Other tweaks include new markers, which now display a colored beam of light on the island itself, rather than just inside the map. Explosives now damage all structures within their range, whether they're visible or not. Oh, and grenade launchers now shoot fireworks rather than grenades (the damage is still the same, though).

There's no word yet on how Epic intends to change building dynamics inside its mega-popular battle royale shooter. Last week, the company said that it needed to support "a wide range of play styles and counterplay" in order to thrive, which included the suggestion that materials would be reduced in order to stop every game from "end[ing] in a build off."

Playground Mode makes more materials available to players, so it would make sense if Epic was to limit the number of wood, brick and metal a player could carry, rather than reduce the amount of resources available in game.

Update: The mode has been largely unavailable on its first day, and according to a Reddit post by Epic, it will remain closed for (at least) tonight.

In this article: av, battleroyale, epic, epicgames, fortnite, gaming, internet
All products recommended by Engadget are selected by our editorial team, independent of our parent company. Some of our stories include affiliate links. If you buy something through one of these links, we may earn an affiliate commission.