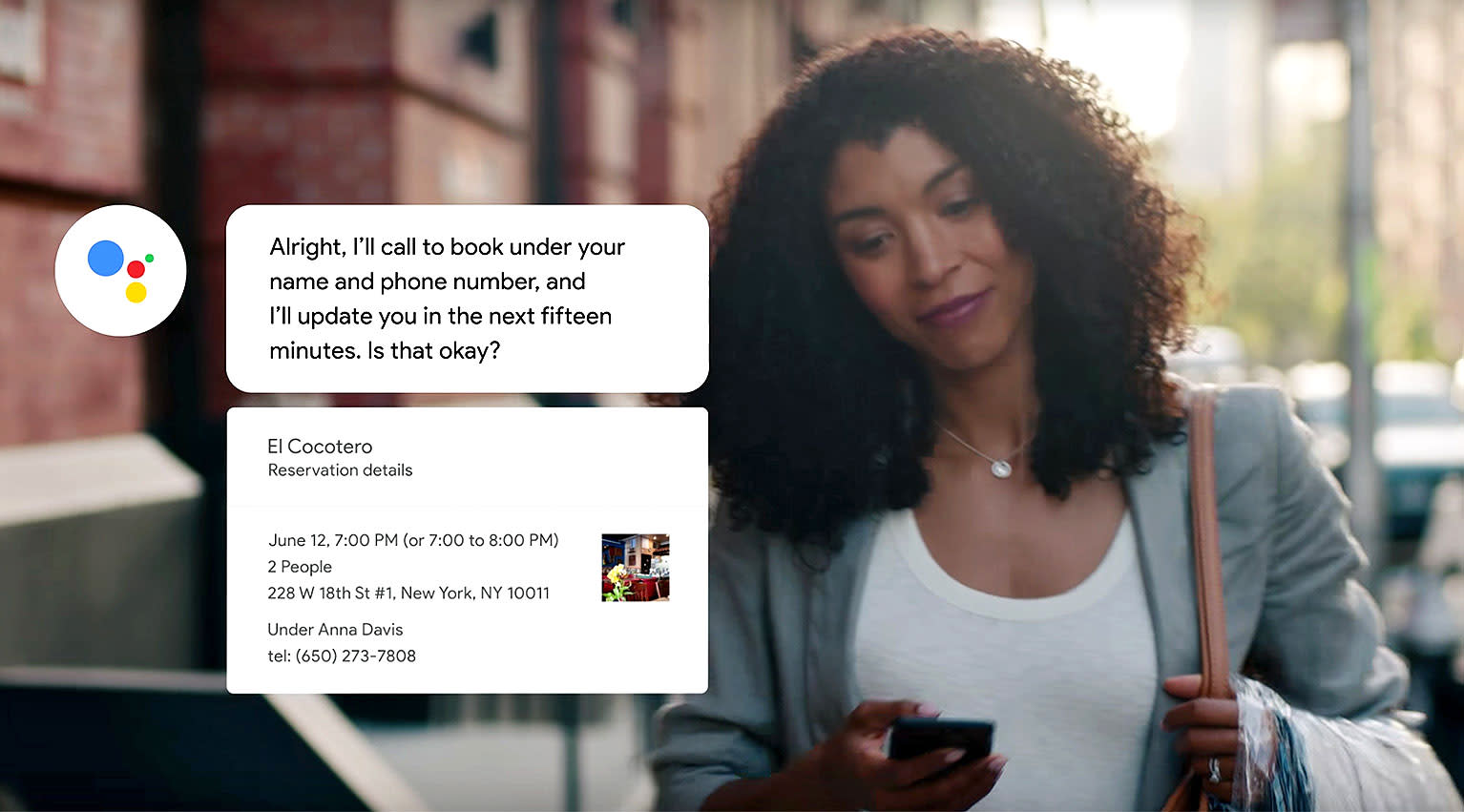 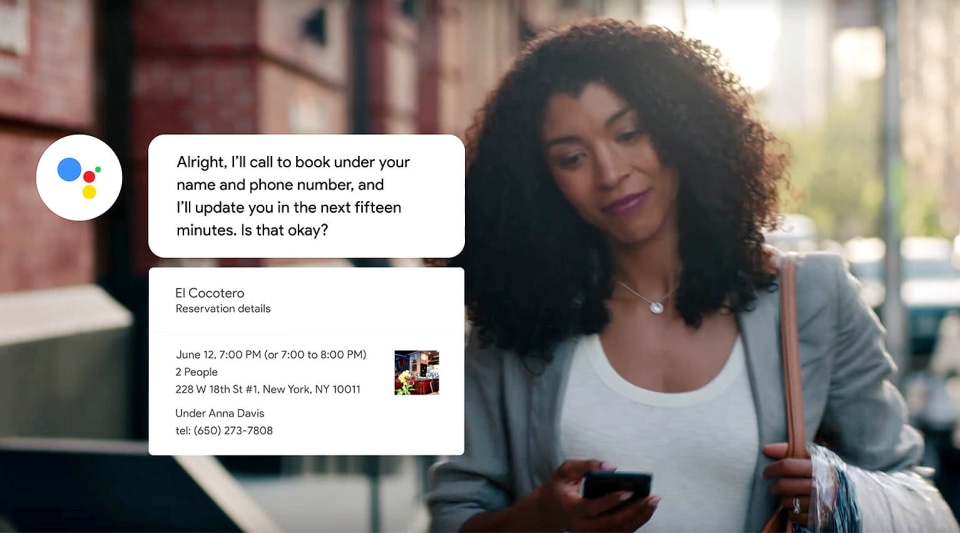 Google talked about a lot at this year's I/O developer conference, but one demo quickly stole the show: a male voice on a phone, making a restaurant reservation. The restaurant was real, but the person making the call wasn't — it was Google Assistant, powered by an AI system called Duplex that's meant to complete tasks by interacting with humans on the phone. It was, uh, pretty eerie, and it won't be long before Google Assistant is calling a business near you. The company confirmed that today that it will start testing its Duplex-powered calls with "trusted testers and select businesses" in New York and San Francisco within weeks.

That said, there are very strict limits on what the Duplex-powered Assistant can actually do. The system was designed to handle a small handful of interactions: inquiring about business hours, handling restaurant reservations and making hair appointments. When Google kicks off its testing in earnest this summer, it plans to call businesses and ask for their holiday hours. That's it. There's no way for the human talking to the Assistant to engage in idle chit-chat or tap into any of the AI's more common functionality either — in other words, forget about asking it what movies are playing around you. Meanwhile, business owners wary of receiving robo-calls (albeit highly advanced ones) will be able to opt-out of receiving Assistant calls entirely, though for now, Google isn't sure how it's going to make that option available to users.

And to be clear: if you're, say, a maître d' fielding a call from Google Assistant, you'll definitely know you're not dealing with another human. At the beginning of each Duplex call, the Assistant identifies itself and tells the person on the other end that it's recording the conversation — you know, for data to help train the AI model further. That upfront identification is absolutely crucial since, too. From pleasantly awkward "ums" and "ahhs" to the prominent vocal fry evident in one of the system's female voices, it would be easy to forget that you were actually talking to a virtual assistant. (In demo calls Google arranged for reporters, I quickly found myself forgetting just that.)

When it comes to these very specific tasks, Scott Huffman, VP of engineering for Google Assistant, said the system could handle four out of five phone interactions without any help from a human. In situations where it can't quite get through a conversation, though, the Assistant tells the person on the other end it's contacting its "supervisor," then switches the line over to a live, human operator to complete the task. The one unsettling thing about these kinds of transitions is that because you're aware the voice you were just speaking to wasn't human, there's a moment when the Google operator takes over the line where you wonder if they too are artificial.

While the kinds of interactions Google trained the Assistant to handle take minutes at most, the implications of a computer-generated voice conducting transactions may still unnerve some. Google believes its very narrow focus is the right approach for businesses and the people who need to interact with them. Well, for now anyway — it's not hard to imagine how Duplex could grow to handle more complex conversations in the future.

Meanwhile, some of the local businesses Google is working with on its initial Duplex tests have their own ideas. Nick Fox, one of Google's product VPS, said they were interested in the idea Google Assistant that handled the gruntwork of picking up the phone and handling reservation requests. There's an on-going conversation about artificial intelligence and its potential to put people out of work, so it's probably for the best that Google isn't currently exploring this "Duplex for Business "model.

In this article: ai, artificialintelligence, duplex, gear, google, googleassistant, googleduplex, personal computing, personalcomputing, reservations
All products recommended by Engadget are selected by our editorial team, independent of our parent company. Some of our stories include affiliate links. If you buy something through one of these links, we may earn an affiliate commission.