While Sony's XZ2's didn't amaze us, the Premium model announced weeks later promised a superior photo experience with dual rear cameras and sensors capable of impressive low-light footage. And now we know when it will reach US shores: On July 30th, the smartphone will be available online at Amazon and Best Buy for $1,000.

According to Sony, the XZ2 Premium can capture video at ISO 12,800 sensitivity and photography at a baffling 51,200. It achieves these numbers with two sensors (one 12MP, 1/2.3-inch, 1.55um black-and-white and one 19MP, 1/2.3-inch, 1.22um color) working in concert and processed by the company's new 'fusion image signaling' chip, called Aube. The dual rear cameras can create 3D scans, too. The front-facing camera has also been bumped up from 5MP to 13MP in the Premium, and while it still has the original XZ2's Snapdragon 845, the new model bumps up the RAM from 4GB to 6GB.

The rest of its features carry over from the standard version, but they aren't too shabby: 4K HDR video recording, 960 FPS slow-motion video at 1080p and a 4K HDR display. The XZ2 Premium will debut in Chrome Black and Silver, and can be preordered from Amazon or Best Buy starting July 9th, though reserving early with the former will bundle in a pair of Xperia Ear Duo 'open ear' buds.

In this article: gadgetry, gadgets, gear, mobile, smartphone, sony, xperia, xperiaxz2premium
All products recommended by Engadget are selected by our editorial team, independent of our parent company. Some of our stories include affiliate links. If you buy something through one of these links, we may earn an affiliate commission. 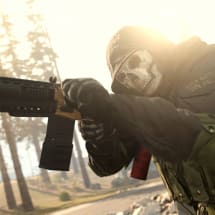