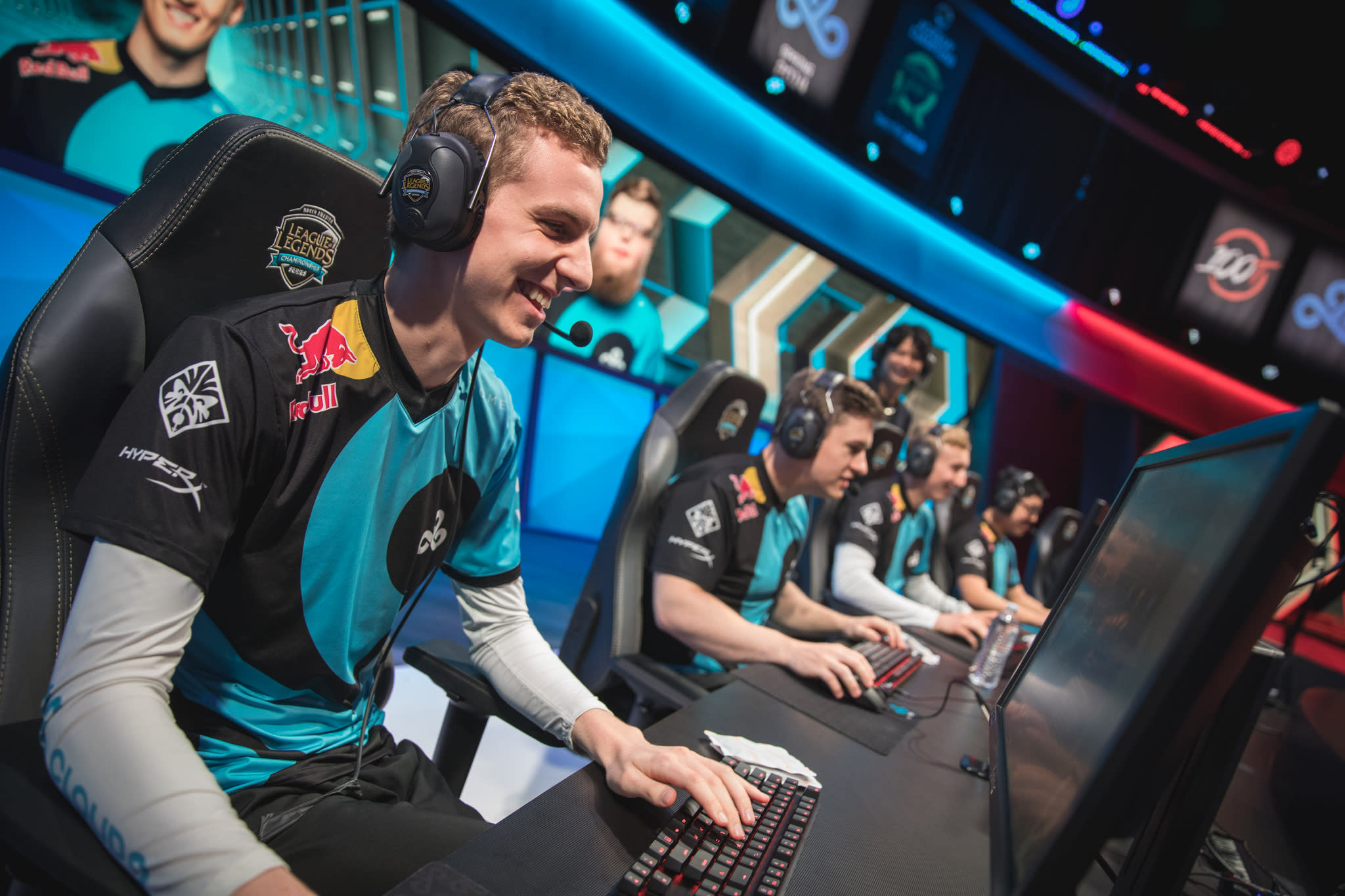 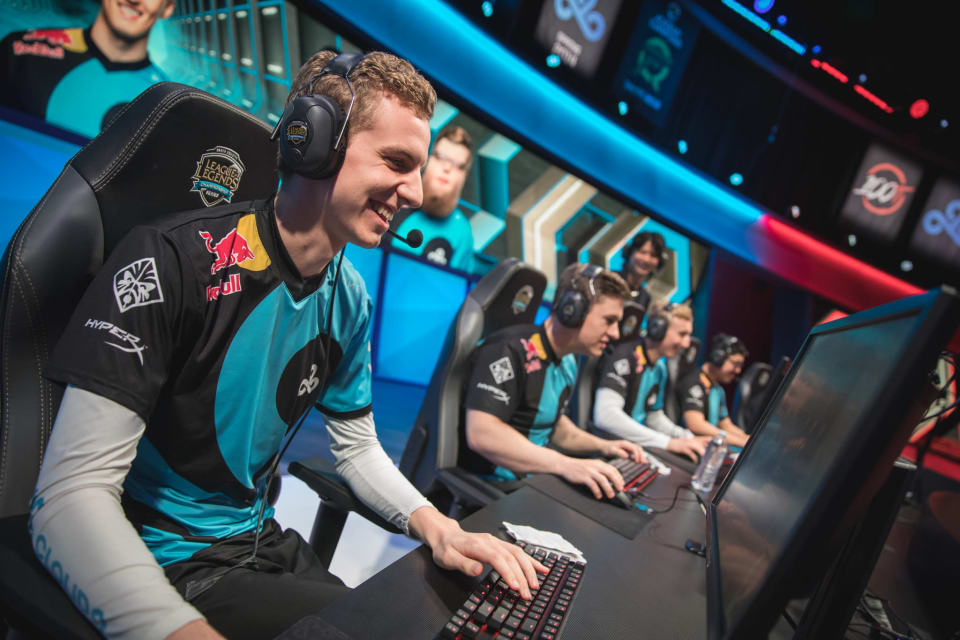 Winning a professional League of Legends title is tough. Keeping fans happy, one esports organization has learned, can be even tougher.

On June 13th, Cloud9 benched three of its best players: Zachary "Sneaky" Scuderi (AD carry), Nicolaj "Jensen" Jensen (mid-laner) and Andy "Smoothie" Ta (support). The team had placed fifth in the regular spring split standings and lost to Team Liquid in their quarter-final playoff. By Cloud9 standards, it was a poor start to the season. Since 2013, the organization has won multiple North American (NA LCS) titles and competed at every international World Championship. To qualify again, the team would need to play better and place higher in the summer split.

Sneaky, Jensen and Smoothie were swapped with three players from Cloud9's development-focused academy side: Greyson "Goldenglue" Gilmer (mid-laner), Yuri "Keith" Jew (AD carry) and Tristan "Zeyzal" Stidam (support). Jack Etienne, founder and CEO of Cloud9, said the incoming trio had earned their chance to play after working hard at the academy level. "These players are our best players to put on stage," he explained in a YouTube video. "They are performing better than our old roster was. And they have put in the hard work and effort to get to where they are."

But Cloud9 fans were furious.

One YouTube commenter said: "LMAO! 90% of Cloud9 fans are here for either Sneaky or Jensen!﻿" Another replied: "Who gave these guys meth?﻿" A third chimed in with: "You're playing with fire. You bench your best three players who all have a ton of options.﻿" At the time of writing, the video has 6,600 'thumbs down' reviews and 1,700 'thumbs up' approvals.

In the announcement video, Etienne added: "The main goal here is to make sure that we have players who are extremely passionate about playing and winning. This change has had a dramatic improvement in the players' desire to get better and push themselves to a higher level. So you are going to see a team that has a new sense of fire and passion to do well on stage." The comments suggest that the players' attitude and behavior, rather than their win-rate or in-game performances, were the reason for the switch.

That same day, Sneaky tweeted: "Me Jensen and smoothie are benched :D." Jensen wrote "benched xD" and Smoothie posted "Outside chillin with the boys #benched" and attached a photo of the group sat on a garden bench. (He followed up with: "In all seriousness, goodluck to @C9Goldenglue @Zeyzal and @keithmcbrief on week 1 LCS should be fun to watch.")

Outside chillin with the boys #benched pic.twitter.com/0oNptPyKb2

Cloud9 lost to Clutch Gaming and beat OpTic Gaming during the opening weekend of the summer split. Again, the fans weren't happy. The hashtag #NOTMYC9 started spreading on Twitter, along with messages like: "Bench Sneaky and Jensen then lose more hmm coincidence?" and "I hate to jump on this bandwagon but this wasn't ever fun to watch at any point."

Etienne tried to explain the decision in an interview with League of Legends reporter Travis Gafford: the existing LCS roster just was not working. "Their teamwork was off, their synergy was off," he said. "They didn't seem to be hungry to really learn as much as they should be. And the academy team was making strides at the same time."

Cloud9 lost to Golden Guardians and 100 Thieves during week two of the summer split. They currently sit joint-bottom of the table with FlyQuest.

Supporters are still furious. Since the roster switch, the Cloud9 subreddit has been inundated with threads criticising Etienne and Reapered, the team's coach.

The current state of affairs from r/Cloud9

The roster switch has exposed a problem in esports fan culture. Cloud9 doesn't represent a town, city or nation like a regular sports team. (Etienne's Overwatch League team does, however.) It's a brand with a carefully constructed image. Some people will become diehard fans and support the team regardless of their performances and roster changes. Many, though, are realizing that they're fans of the players first and the organization second. If those competitors disappear and the team starts losing, they have little reason to keep watching.

"I think that Jack is naive if he looks at the Cloud9 fan base and thinks of them in the same way that traditional sports franchises do," one user wrote on Reddit. "Our ties are far more fragile and disrespecting the personalities we value is the shortest route to chasing us away." Another user replied: "Pretty much feel the same way. I wanted the team to do well regardless of the roster but after two weeks of this I'm not that excited for the games this weekend."

"Disrespecting the personalities we value is the shortest route to chasing us away."

Player-based fan culture does exist in physical sports. I'm sure there's at least one person who started supporting PSG (or at least following them) once the soccer star Neymar moved from Barcelona. And with one-on-one sports, like tennis, golf and boxing, people usually root for the individual regardless of the company that's sponsoring their shoes, jersey or equipment.

The Cloud9 situation stems from the industry's push to raise the profile of individual esports players. League of Legends needs stars that are likeable and recognizable -- they create passionate followings, and rivalries, that boost interest in the larger league. Players are interviewed after games and profiled in team-produced documentary videos. They're encouraged to stream on YouTube or Twitch, partly to build interest in themselves and the team, but also to create an alternative career for when they retire as an esports player.

Some fans have spent hundreds of hours watching Sneaky, Jensen and Smoothie on their personal streams. They see them as good people and top-tier players -- they've watched them chat on Twitch and play League of Legends at an absurdly high level for years. So when a team owner says their favorite player lacks motivation, or doesn't want to improve, it can be tough to accept. Especially when the player is dropped before the summer split has even begun. Cloud9 says its new roster is performing well in practice, otherwise known as scrimming. Yiliang "Doublelift" Peng, an AD Carry player for Team Liquid, supported the claim in an interview with Invenglobal. "If C9 played the way they play in scrims on stage, they would be just god tier," he said. Fans, though, aren't able to watch scrims. They can only judge the team based on their NA LCS performances, which have been underwhelming over the first two weeks. Goldenglue has played relatively well but both Keith and Zeyzal have struggled on stage.

Cloud9 has a choice to make. Etienne and Reapered can support the new roster and hope their performances improve. If the team starts winning some of the fan outcry will likely disappear. As the new players close in on Worlds qualification, they will likely gain the support and approval of the fans. Should the new roster continue to lose, however, there's a good chance that the Cloud9 fanbase will be riled up even further. It's possible that some will stop supporting the organization altogether. That would be catastrophic for a brand that wants to build a large following and compete in the NA LCS for years to come.

Hey fans, in light of recent events, I wanted to talk to you guys a little bit about scrims and rosters. I (cont) https://t.co/Z5QuKAhvK4

Alternatively, the organization can reinstate its old players. Whatever the reason -- perhaps the attitude of the veterans has improved under the academy setup -- it would be interpreted as buckling to fan pressure. Most supporters would be thrilled with the outcome, though you can argue either way that their reinstatement would boost the team's performances and likelihood of qualifying for the World Championship.

A reversal seems likely after Keith and Zeyzal played in the Cloud9 academy squad yesterday. That would suggest their veteran counterparts, Smoothie and Jensen, are being considered for the NA LCS side this weekend. Sneaky's position, though, remains unclear for now.

Supporters now have a decision to make too: are they fans of Cloud9, or the players? Can they be both if Sneaky, Jensen and Smoothie remain on the academy team, or eventually transfer to a rival organization?

In this article: business, Cloud9, esports, gaming, LeagueofLegends, LoL, NALCS
All products recommended by Engadget are selected by our editorial team, independent of our parent company. Some of our stories include affiliate links. If you buy something through one of these links, we may earn an affiliate commission.